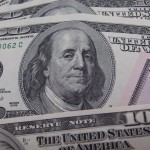 The U.S. economy is dead on its feet and the majority of the American people don’t even know it.  Sure, most Americans understand that things are not going well right now, but the vast majority are still convinced that we will “fully recover” at some point.  After all, we have always fully recovered and gone on to bigger and better things in the past, haven’t we?  Well, unfortunately this time it is different.  The very foundations of our economic system are rotting.  Yes, unemployment numbers will go up and down and housing numbers will go up and down and inflation will go up and down, but those are not the numbers you should be paying attention to.  Instead, if you want the real truth about the U.S. economy, focus on the long-term trends that are at the root of our problems.  Every single month, the United States loses jobs and economic assets.  Every single month, more wealth flows out of the United States than flows into it.  Every single month, the United States goes into a lot more debt.  Most other economic statistics are simply symptoms of those three big problems.  The truth is that the U.S. economy is bleeding, and the truth is that very few politicians in either party are doing a thing to stop it.

We were told that “globalism” and “free trade” would be so wonderful for America.  What we were not told was that U.S. workers would now be put in direct competition for jobs with the cheapest labor in the world.  We were not told that it was intended for the standard of living in the third world to go up while the standard of living in America was intended to go down.  We were not told that millions of jobs and lots of shiny new factories would go to China while many of our once great manufacturing cities (such as Detroit) become rotted-out war zones.

China has become the second largest economy in the world and a major global superpower at our expense.  If we had not agreed to “free trade” agreements with them they would still be struggling to escape third world status.

But now they own nearly a trillion dollars of our debt.

Anyway, the sad reality is that the United States is in horrible economic shape and it is getting worse every single month.  The following are 3 points that you can use to prove the truth about the U.S. economy to anyone….

Many people try to convince us that trade with China and other foreign nations is so good because it fills up our stores with really cheap goods.  But there is a huge price for those cheap goods.  The United States is losing jobs, factories and even entire industries at a staggering pace.  Our lust for cheap goods is absolutely killing us.  It is kind of like tearing your house apart to get more firewood to keep your fire going.  Sure the fire is roaring quite nicely, but eventually you will not have a house anymore.

According to Tax Notes, between 1999 and 2008 employment at the foreign affiliates of U.S. parent companies skyrocketed 30 percent to 10.1 million. During that same time period, U.S. employment at American multinational corporations declined 8 percent to 21.1 million.

The United States is bleeding lots of jobs every single month.

But nobody seems to care until they lose their own job.

Unfortunately, things have now gotten so bad that unemployment is at epidemic levels.  According to one recent survey, 28% of all U.S. households have at least one person that is looking for a full-time job.

So is there any chance that this is going to turn around?

No, the U.S. economy is going to continue to bleed jobs.

For example, Ford Motor Company recently announced the closure of a facility that produces the Ford Ranger in St. Paul, Minnesota. Approximately 750 good paying middle class jobs are going to be lost.

So why did Ford close the plant?

Are they going to quit making Ford Rangers?

They just aren’t going to do it in Minnesota.

The people of Minnesota really wanted the plant to stay open.  In fact, Minnesota Governor Tim Pawlenty even offered Ford a multi-million dollar package of tax cuts and job creation incentives to keep the factory in Minnesota.

But Ford rejected it.

The following is an excerpt from the statement issued by Ford about the plant closing….

“Ford continues to concentrate on implementing the plan we initiated four years ago to streamline our plant operations and better leverage our global platforms. At this time, the Twin Cities Assembly Plant does not fit into our global manufacturing strategy.”

Did you happen to take note of the fact that the world “global” was used twice there?

In other words, Ford plans to make Ford Rangers some place where labor is a lot cheaper.

But Ford is far from alone.  For a list of even more factories that are closing across the United States, please see the following article that we recently published on our sister site: “As Americans Celebrate Labor Day 2010, U.S. Factories Are Closing In Droves“.

So why is all of this bad?

A health economy has a healthy manufacturing base, but every single month the United States becomes deindustrialized just a little bit more.  An economy that is losing jobs, losing factories and losing countless other economic assets every single month is a dying economy.

#2) Every Single Month The United States Is Getting Poorer

Each and every month, tens of billions more dollars leaves the United States than comes into it.  The transfer of wealth that this represents is absolutely mind blowing.

The trade deficit normally comes in at around 40 or 50 billion dollars each month these days, and that means that by the end of the year a half trillion dollars (or more) will have left the United States.

That means that as a nation we will be a half trillion dollars poorer at the end of the year.

Our gigantic trade deficit is literally bleeding the U.S. economy dry.  In the early 1990s we were assured that the WTO and NAFTA would be so good for us.  But since then the U.S. trade deficit has absolutely skyrocketed and we are hemorrhaging wealth at an astounding pace each month.

What makes things even worse is how China is taking advantage of us.  They keep their currency pegged to the U.S. dollar at a price that is about 40 percent lower than what it should be.  This enables them to flood our shores with cheap goods and it has killed entire industries in the United States.

Today, the United States spends approximately $3.90 on Chinese goods for every $1 that the Chinese spend on goods from the United States.  They have their fangs in us and they are sucking out our wealth as hard as they can.

We end up “consuming” the massive amount of cheap goods we get from China and other nations and they end up with huge piles of our cash.  This is what has enabled China to accumulate nearly a trillion dollars of our debt.

But in the end, the borrower always ends up the servant of the lender.  We have made China rich and now they have been lending that money back to us at a dizzying pace.

How incredibly stupid can we get?

When wealth flows out of the United States, that means there is less of a pie for those of us who are Americans to divide up.

Most Americans simply do not grasp this incredibly important concept.

At the end of this month, America will be poorer than when the month began.

At the end of the following month, America will be even poorer than that.

We are constantly getting poorer.  Imagine a giant wallet with 100 bucks in it.  If you keep taking 5 dollars more out of the wallet each month than you put into it, you are eventually going to have an empty wallet.

That is what is happening to America.  We are buying far, far more from the rest of the world than they are buying from us each month.  If we do not stop doing this, eventually we are going to be broke.

Americans like to think of themselves as “the richest nation in the world”, but the truth is that we have accumulated the biggest mountain of debt in the history of the world.

Today, the U.S. government has piled up a national debt that is fast approaching 14 trillion dollars.  It is increasing by over 4 billion dollars per day.

Democrat Erskine Bowles, one of the heads of Barack Obama’s national debt commission, claims that the U.S. government will be spending 2 trillion dollars just on interest on the national debt by the year 2020 if nothing changes.

A trillion $10 bills, if they were taped end to end, would wrap around the globe more than 380 times.  That amount of money would still not be enough to pay off the U.S. national debt.

Meanwhile, our state and local governments have accumulated absolutely staggering amounts of debt.

Illinois is bankrupt.  California is very close.  Hordes of city and local governments are on the verge of default.

So what happens if the economy gets even worse?

But it is not just government debt that is the problem.  The total amount of consumer debt that American consumers now owe stands at a total of approximately 11 trillion dollars.

As a society, we have been absolutely addicted to debt.  It has fueled the greatest party that the world has ever seen, but now the party is ending and we are drowning in debt.

In fact, if you total up all government, business and consumer debt, it is approximately equivalent to 360 percent of GDP.  At no point during the Great Depression did we ever even come close to approaching such a level.

So what can we conclude from all this?

On a national level, that is the situation that America is now in.  We are bleeding economic assets, we are bleeding wealth and we are getting into stunning amounts of new debt every single month.

If anyone can explain how this is a recipe for economic success, please leave a comment and explain that to all of us….