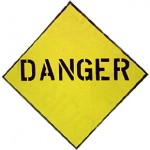 Most Americans believe that the U.S. economy will fully recover from this recent recession and will soon become stronger than ever.  But that is definitely not what is happening.  The truth is that the very foundations of the U.S. economy are coming apart and we are headed for a massive amount of financial trouble as a nation.  Collectively, the U.S. government, U.S. businesses and U.S. consumers have piled up the biggest mountain of debt in the history of the world.  This mountain of debt has enabled us to enjoy a spectacular standard of living for the past several decades, but now the bills are coming due and nobody seems to even realize how great of a financial disaster the U.S. now finds itself in the middle of.

The following are 10 huge flashing danger signs that show just how much of a mess the U.S. economy is in….

#1) The FDIC is opening a satellite office in the Chicago area that will accommodate up to 500 temporary staffers and contractors to manage receiverships and liquidate assets from what they are expecting will be a massive wave of failed Midwest banks.

#3) Mortgage defaults in the U.S. have continued to hit record highs and housing prices are continuing to fall.  Now, a massive “second wave” of adjustable rate mortgages is scheduled to reset beginning in 2010.  The first wave of adjustable rate mortgage resets absolutely devastated the U.S. housing market in 2007 and 2008.  So what is this second wave of mortgage resets going to do to the U.S. economy?

#4) In fact, one new study estimates that five million houses and condominiums will go through foreclosure over the next few years.  Needless to say, that would be absolutely catastrophic.

#5) The number of Americans who are declaring bankruptcy continues to skyrocket.  1.41 million Americans filed for personal bankruptcy in 2009 which represented a 32 percent increase over 2008.

#6) But how can Americans pay their bills without jobs?  In some areas of the United States it is now nearly impossible to get a really good job unless you have an inside connection.  In fact, the mayor of Detroit estimates that the real unemployment rate in his city is approximately 45 to 50 percent.

#7) America needs jobs, but soaring unemployment insurance taxes are discouraging small and mid-size companies from bringing on more workers.  According to the National Association of State Workforce Agencies, companies in at least 35 states will have to fork over even more in unemployment insurance taxes in 2010.  Making it more costly to hire a new worker is not going to help put Americans back to work.

#8) The U.S. economy is facing a pension crisis of unprecedented magnitude.  The truth is that the vast majority of all pension funds in the United States, both public and private, are extremely underfunded.  With millions upon millions of Baby Boomers now at retirement age, there is simply no way that all of these unfunded pension obligations can be met.  Robert Novy-Marx of the University of Chicago and Joshua D. Rauh of Northwestern’s Kellogg School of Management recently calculated the collective unfunded pension liability for all 50 U.S. states for Forbes magazine.  So what was the total that they came up with?  3.2 trillion dollars.

But when we do borrow even more money we make our long-term problems even worse.

The day of reckoning for the U.S. economy is fast approaching and we are headed for some extremely difficult economic times. 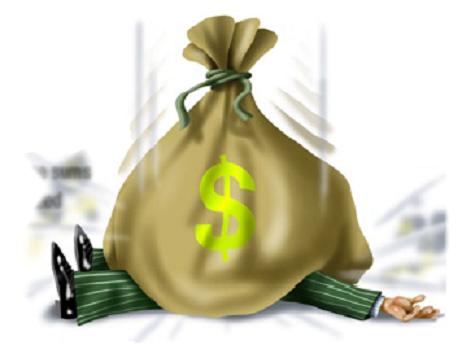