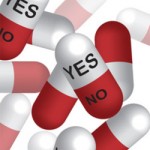 Most Americans who support the health care reform bills currently being rammed through Congress believe that this process will result in Americans receiving universal health care that is cheaper, more efficient and that gives all of us more choices.  But that is not the case at all.  Rather, Americans will soon have much fewer health choices which are much less efficient and for which they will end up paying much more for.  In fact, there are a ton of really nasty surprises for the American people in the health care reform bill.  The following are 10 of the nastiest of the surprises….

#1) All Americans will be forced to buy health insurance.  If you don’t like the new system, that is too bad for you.  If you don’t pay up, you will be heavily fined and you could ultimately end up in prison.  There will simply be no escape from participating in this health care system until you die.

#2) Americans will have basically two places from which to get health coverage – either their workplaces or from “insurance exchanges” set up by the government.  If you are not employed, you will have one choice.

#3) Americans will have much fewer health plan choices under the new system.  The new “insurance exchanges” that the government is setting up will offer four health plan templates that have been mandated by the government.  Each plan will contain health benefits that have been specifically dictated by government agencies.  You will be forced to pay for the benefits contained in these plans whether you need them or not.  So if you will never need substance abuse treatment or prescription drug coverage that is too bad – you will be forced to pay for them.

#4) Americans will be eligible for a federal subsidy to help them buy health insurance, but only if they earn less than 400 percent of the poverty level ($88,200 for a family of four).  However, an individual will only be eligible for a subsidy if their employer does not offer health coverage and if that individual purchases a “government-approved” plan from a “government-approved” insurance exchange.

#5) The Congressional Budget Office estimates that a family insurance plan for a typical family of four will cost approximately $15,000 per year when the health care bill comes into full effect in 2016.  How do you think most American families will react to that?

#6) The Congressional Budget Office also says that the coverage provisions in the Senate bill will cost the U.S. government $200 billion annually by 2019 and that these costs will grow by 8 percent per year.  Considering the fact that the U.S. government is already drowning in red ink, where in the world will all of that money come from?

#7) American workers will be hit with nasty new taxes under the new system, including a .9 percent Medicare payroll tax increase that the Senate bill would implement.

#8) There is also a 40 percent tax on “Cadillac” health plans in the Senate version of the bill.  That tax is not indexed to inflation, which means that eventually every health plan will be subject to the tax.

#10) Senator Harry Reid has inserted some really wicked provisions in the Senate version of the health care bill that will make it virtually impossible to repeal the Obamacare bill once it is adopted.  So the reality is that once it is voted in, the American people will be stuck with it forever.