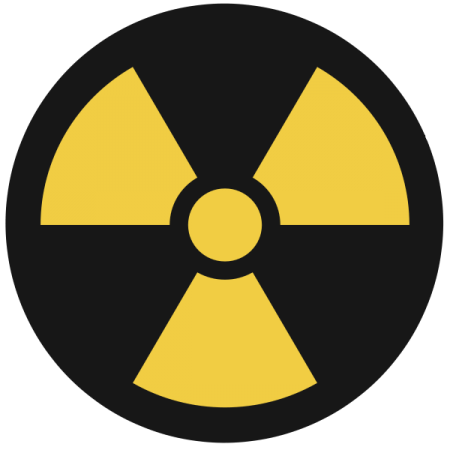 Is Fukushima the greatest environmental disaster of all time?  Every single day, 300 tons of radioactive water from Fukushima enters the Pacific Ocean.  The radioactive material that is being released will outlive all of us by a very wide margin, and it is constantly building up in the food chain.  Nobody knows for sure how many people will eventually develop cancer and other health problems as a result of the Fukushima nuclear disaster, but some experts are not afraid to use the word “billions”.  It has been well over two years since the original disaster, and now they are telling us that it could take up to 40 more years to clean it up.  It is a nightmare of unimaginable proportions, and there is nowhere in the northern hemisphere that you will be able to hide from it.  The following are 11 facts about the ongoing Fukushima nuclear holocaust that are almost too horrifying to believe…

#1 It is estimated that there are 1,331 used nuclear fuel rods that need to be removed from Fukushima.  Because of all of the damage that has taken place, computer-guided removal of the rods will not be possible.  Manual removal is much riskier, and it is absolutely essential that the removal of each of the 1,331 rods goes perfectly because a single mistake could potentially lead to a nuclear chain reaction.

#2 According to Reuters, the combined amount of cesium-137 contained in those nuclear fuel rods is 14,000 times greater than what was released when the U.S. dropped an atomic bomb on Hiroshima at the end of World War II.  Other estimates put this number far higher.

#3 Officials in Japan admit that 300 tons of radioactive water from Fukushima is entering the Pacific Ocean every 24 hours.

#4 According to a professor at Tokyo University, 3 gigabecquerels of cesium-137 are flowing into the port at Fukushima Daiichi every single day…

Jota Kanda, Tokyo University professor: According to my research there are now 3 gigabecquerels [3 billion becquerels] of cesium-137 flowing into the port at Fukushima Daiichi every day. But for the 300 tons of groundwater to contain this much cesium-137, one liter of groundwater has to contain 10,000 becquerels of the radioactive isotope.

NHK: Kanda’s research and monitoring by Tepco puts the amount of cesium-137 in the groundwater around the plant at several hundred becquerels per liter at most. He’s concluded that radioactive isotope is finding another way to get into the ocean. He’s calling on the government and Tepco to identify contamination routes other than groundwater.

#5 According to Tepco, a total of somewhere between 20 trillion and 40 trillion becquerels of radioactive tritium have gotten into the Pacific Ocean since the Fukushima disaster first began.

#6 Something is causing fish along the west coast of Canada to bleed from their gills, bellies and eyeballs.  Could Fukushima be responsible?

#7 150 former sailors and Marines say that they now have radiation sickness as a result of serving on U.S. Navy ships near Fukushima and they are suing for damages.

#8 The Iodine-131, Cesium-137 and Strontium-90 that are constantly coming from Fukushima are going to affect the health of those living the the northern hemisphere for a very, very long time.  Just check out what Harvey Wasserman had to say recently…

Iodine-131, for example, can be ingested into the thyroid, where it emits beta particles (electrons) that damage tissue. A plague of damaged thyroids has already been reported among as many as 40 percent of the children in the Fukushima area. That percentage can only go higher. In developing youngsters, it can stunt both physical and mental growth. Among adults it causes a very wide range of ancillary ailments, including cancer.

Cesium-137 from Fukushima has been found in fish caught as far away as California. It spreads throughout the body, but tends to accumulate in the muscles.

Strontium-90’s half-life is around 29 years. It mimics calcium and goes to our bones.

#9 It is believed that the Fukushima nuclear facility originally contained a whopping 1760 tons of nuclear material.

#10 It is being projected that the entire Pacific Ocean will soon “have cesium levels 5 to 10 times higher” than what we witnessed during the era of heavy atomic bomb testing in the Pacific many decades ago.

#11 According to the Wall Street Journal, it is being projected that the cleanup of Fukushima could take up to 40 years to complete.

Sadly, the true horror of this disaster is only starting to be understood, and most people have absolutely no idea how serious all of this is.  What fallout researcher Christina Consolo told RT the other day should be very sobering for all of us…

We have endless releases into the Pacific Ocean that will be ongoing for not only our lifetimes, but our children’s’ lifetimes. We have 40 million people living in the Tokyo area nearby. We have continued releases from the underground corium that reminds us it is there occasionally with steam events and huge increases in radiation levels. Across the Pacific, we have at least two peer-reviewed scientific studies so far that have already provided evidence of increased mortality in North America, and thyroid problems in infants on the west coast states from our initial exposures.

We have increasing contamination of the food chain, through bioaccumulation and biomagnification. And a newly stated concern is the proximity of melted fuel in relation to the Tokyo aquifer that extends under the plant. If and when the corium reaches the Tokyo aquifer, serious and expedient discussions will have to take place about evacuating 40 million people from the greater metropolitan area. As impossible as this sounds, you cannot live in an area which does not have access to safe water.

The operation to begin removing fuel from such a severely damaged pool has never been attempted before. The rods are unwieldy and very heavy, each one weighing two-thirds of a ton. But it has to be done, unless there is some way to encase the entire building in concrete with the pool as it is. I don’t know of anyone discussing that option, but it would seem much ‘safer’ than what they are about to attempt…but not without its own set of risks.

And all this collateral damage will continue for decades, if not centuries, even if things stay exactly the way they are now. But that is unlikely, as bad things happen like natural disasters and deterioration with time…earthquakes, subsidence, and corrosion, to name a few. Every day that goes by, the statistical risk increases for this apocalyptic scenario. No one can say or know how this will play out, except that millions of people will probably die even if things stay exactly as they are, and billions could die if things get any worse.

The area immediately around Fukushima is already permanently uninhabitable, and the truth is that a much wider area of northern Japan should probably be declared off limits for human habitation.

But this just isn’t about Japan.  The cold, hard reality of the matter is that this is truly a disaster that is planetary in scope.  The nuclear material from Fukushima is going to be carried all over the northern hemisphere, and countless numbers of people are going to become seriously ill as a result.

And remember, this is a disaster that is not even close to being contained yet.  Hundreds of tons of radioactive water continues to enter the Pacific Ocean every single day making the disaster that we are facing even worse.

May God have mercy on us all.