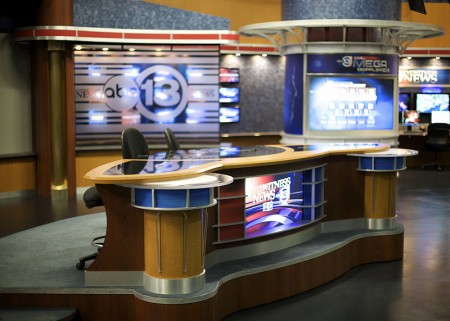 Why are so many incredibly important news stories completely ignored by the mainstream media in the United States?  Why do they seem to want to avoid many “controversial questions” as if they were the plague?  Why does the media tend to label those that are willing to ask the hard questions and seek the truth as “conspiracy theorists”?  Sadly, the truth is that the mainstream media in America does not do much real journalism anymore.  At this point, approximately 90 percent of what you see on television is controlled by just 6 giant media corporations.  That is why “the news” seems to be so similar no matter what channel you watch.  Well, it turns out that a lot of Americans are getting tired of the safe, censored, pre-packaged news that they get from the corporate-controlled media.  One recent poll found that 77 percent of all Americans do not trust television news at this point.  This distrust has helped fuel the rise of the alternative media, which has absolutely exploded in recent years.

These days, if an important news story is deemed to be “too controversial” or threatens an important political or corporate interest, it is usually first broken either by the alternative media or by a foreign news source.  If the story gets enough traction, sometimes the mainstream media will eventually start covering it as well.

But without a doubt the version of “the news” that is presented to us by the mainstream media is very tightly controlled.  It doesn’t really matter what “the truth” actually is – if a particular story is going to hurt their corporate owners, their corporate advertisers or their favorite politicians, the “gatekeepers” will try to keep that story out of the news.

It is a very twisted system, and the American people need to realize that this is how it actually works.  The media is not there to tell us the truth or to look out for our interests.  Rather, the media is there to “define reality” for us and to tell us what to think.

Today, the average American watches 153 hours of television a month.  That is a staggering amount of information that is being pumped into our brains, and they don’t call it “programming” for no reason.

Unfortunately, even though Americans are so “plugged in”, there are many important things that they never get to hear about.  The following are 20 questions that the mainstream media won’t touch with a ten foot pole right now…

#1 Was foul play involved in the helicopter crash that killed 22 members of the Navy’s elite SEAL Team 6 unit?  Why were all the bodies cremated?  Why was the helicopter’s black box never recovered?  And during a memorial service for the fallen soldiers, why was an imam allowed to pray an Islamic prayer that “included language on U.S. soldiers burning in hell“?

#2 Why is the head of the NSA allowed to call a “top secret” meeting of the U.S. House of Representatives and use it to try to strong-arm members to vote against a bill that would place some significant restrictions on the agency?

#3 Why is the media so silent about the fact that a 72-year-old retiring IRS lawyer has testified that IRS officials in Washington D.C. “planned and oversaw the agency’s improper targeting of conservative groups“?

#4 Why did the man “who leads the IRS Office of Chief Counsel” meet with Barack Obama just days before his office issued new guidelines about how to handle applications from conservative groups?

#5 Why were the records that showed how often officials had accessed Christine O’Donnell’s personal tax documents destroyed?

#6 Why has Barack Obama ordered federal government workers to spy on the “lifestyles, attitudes and behaviors” of their fellow workers? Do we now live in East Germany?

#7 Why is the U.S. media not explaining to us that the Fukushima nuclear plant has continued to leak huge amounts of radioactive water into the Pacific Ocean?

#8 Why do some measurements indicate that water near the Fukushima nuclear plant is “90,000 times more radioactive” than normal drinking water?

#9 Why is the San Antonio City Council trying to permanently ban Bible believers from participating in city government, business or employment?

#10 Why is the Obama administration arming Syrian rebels that are ransacking entire Christian villages?

#12 Why does Wall Street veteran Art Cashin believe that there is a conspiracy to suppress the price of gold?

#13 How did an illegal immigrant rack up 37 criminal convictions in this country without being deported?

#14 Why are governments all over the planet allowing scientists to create bizarre human-animal hybrids?

#15 Why did Barack Obama encourage the EU to institute a boycott on financial dealings with Jewish individuals and Jewish businesses in the West Bank, Golan Heights and eastern Jerusalem?

#16 Why is the Obama administration pushing a plan that would force Israel to give up control of the Temple Mount?

#17 Why won’t the mainstream media tell us that many of the large Trayvon Martin protests that are taking place around the country are actually being organized by an organization called the Revolutionary Communist Party?

#18 Why is the parent company of Fox News funneling massive amounts of money to Democrat candidates?

#19 Why are the U.S. government and Monsanto teaming up against opponents of genetically-modified food?

#20 Why are so many major earthquakes and volcanic eruptions happening along “the Ring of Fire” this year?  Recent examples include New Zealand, Peru and Japan.  Should the west coast be concerned?

Are there any other additional questions that you would add to this list?  Please feel free to share what you think by posting a comment below…