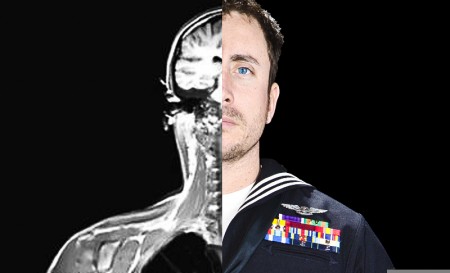 Are you ready for the future?  We live at a time when technology is advancing at an exponential pace.  Today, scientists are rapidly developing bizarre new technologies that most science fiction writers never even would have dreamed of a couple decades ago.  For example, would you be willing to get rid of your bank card and start paying for things with only your face?  Would you be willing to allow a technology company to put one large computer chip or thousands of really, really small ones (“neural dust”) into your brain?  These are some of the technologies that are coming.  Our world is changing at an absolutely mind blowing rate, and to be honest none of us really knows what our world is going to look like a decade from now.  Remember, ten years ago Facebook did not exist and five years ago the iPad did not exist.  Our planet is fundamentally being transformed, and our scientists are rapidly turning the “impossible” into the possible.  The following are 6 apocalyptic technologies that most people have not even heard about yet…

Will people soon pay for things by having their faces scanned at the checkout counter?  That may sound absurd, but according to the Daily Mail a company from Finland has already launched this technology…

Bank cards are already being replaced by phones and wristbands that have payment technology built-in but the latest threat to the lowly plastic in your pocket could be your face.

A Finnish startup called Uniqul has launched what it calls the first ever payment platform based on facial recognition.

The system doesn’t require a wallet, bank card or phone – instead a camera is positioned at the checkout and takes a photo of a shopper’s face when they are ready to pay.

It then scans a database for the face and matches it to stored payment details in order to complete the transaction.

Do you remember the billboards in the movie “Minority Report” that used facial recognition technology to scan faces and produce appropriate ads?  Personally, I never thought that I would see such a thing in my lifetime, but the truth is that a company called Amscreen already has over 6,000 digital screens that use this kind of technology.  In fact, their advertising screens are already being viewed by approximately 50 million people…

Cameras have been installed in Amscreen’s digital advertising displays that can scan a person’s face and determine their gender, age, date, time and volume of the viewers.

This is so adverts are served to the most appropriate audience.

Amscreen already has over 6,000 digital screens seen by a weekly audience of over 50 million people.

And according to NPR, this kind of facial recognition technology is now being used in some retail stores to identify VIPs…

This lack of recognition is precisely what the VIP-identification technology designed by is supposed to prevent.

The U.K.-based company already supplies similar software to security services to help identify terrorists and criminals. The ID technology works by analyzing footage of people’s faces as they walk through a door, taking measurements to create a numerical code known as a “face template,” and checking it against a database.

In the retail setting, the database of customers’ faces is comprised of celebrities and valued customers, according to London’s . If a face is a match, the program sends an alert to staff via computer, iPad or smartphone, providing details like dress size, favorite buys or shopping history.

#3 Google Wants To Put A Chip In Our Brains?

Would you allow a technology company to put a chip in your brain?

According to a recent article in a major UK newspaper, apparently this is exactly what executives at Google believe will happen someday…

It began, just 15 years ago, as a service that enabled you to type a request into a personal computer and be given links to associated websites. Things have rather moved on. Soon Google hopes to have the ubiquitous presence of a personal assistant that never stops working, capable of conversing naturally in any language. Ultimately, as Page and co-founder Sergey Brin have asserted, the goal is to insert a chip inside your head for the most effortless search engine imaginable.

In fact, on a recent visit to Google the reporter writing the article quoted above was told the following by Google Vice President of Search Ben Gomes…

Where will it end? Gomes agrees that a chip embedded in the brain is far from a sci-fi fantasy. “Already people are beginning to experiment with handicapped people for manoeuvring their wheelchairs,” he says. “They are getting a few senses of direction with the wheelchair but getting from there to actual words is a long ways off. We have to do this in the brain a lot better to make that interaction possible. We have impatience for that to happen but the pieces of technology have to develop.”

#4 The Pentagon Is Developing A “Terminator Robot” Named Atlas

Did you know that the U.S. military is building robots?

Okay, so they aren’t quite like “the Terminator” yet.  But apparently they are rapidly becoming very advanced…

ATLAS is 6 ft and 2 inces, it weighs 330 pounds. Its primary purpose is said to be joining in relief efforts particularly in those places where involvement of human beings is lethal or downright impossible. Boston Dynamics, who built the ATLAS body, say that the robot is strong and coordinated enough to climb using its hands and feet, as well as pick its way in congested spaces. The people who have been called in to work on the robot are tasked with programming it to interact in the most efficient way it can be made to. DARPA has released a video which shows ATLAS walking, avoiding obstacles, withstanding brute force applied at its torso and even climbing the stairs.

You can view that video of ATLAS doing those things right here.

So as these robots become more sophisticated, will there be any limits on how the U.S. military will employ them?  A recent article in the Washington Post painted a frightening picture…

But what’s to stop the same indestructible robots that can walk over rubble, manipulate complex tools and enter burning buildings from being used in entirely different scenarios by the U.S. military? They might, for example, be able to march through debris-strewn war zones, manipulate weapons and hunt down terrorists, on a house-by-house basis. In other words, the DARPA Robotics Challenge could result in the creation of a real-life Terminator bot.

#5 Using Only Sound Waves To Levitate And Move Small Objects

Did you know that it is possible to levitate and move small objects using only small waves?  Just check out what a team of scientists in Switzerland recently discovered…

A team of researchers in Switzerland have developed a way of levitating and transporting small objects using nothing but sound.

Using ultrasonic waves – that is, sound waves whose frequency is too high for humans to hear – scientists at the Swiss Federal Institute of Technology in Zurich have made water droplets, instant coffee crystals, styrofoam flakes, and a toothpick, among other objects, hang in midair, move along a plane, and interact with each other. It is the first time that scientists have been able to use sound to simultaneously levitate several objects next to each other and move them around.

This is perhaps the most frightening technology on the list.  The advances in the field of nanotechnology that we have seen over the past decade have been absolutely mind blowing.  Now, some scientists are talking about actually being able to put thousands of tiny little computer chips inside our heads.  The following is from a recent Time Magazine article…

Here’s how it might work: First you pop through the skull and the brain’s dura (the membrane surrounding the brain), dipping into the brain’s neural sea itself, roughly two millimeters down, where you position thousands of low-powered CMOS chips (the “neural dust,” each as tiny as millionths of a meter) to begin capturing neural signals using electrodes and piezoelectric sensors, which convert the data to ultrasonic signals. Those signals are then picked up by a sub-dural transceiver (sitting just above the “dust” chips and simultaneously powering them ultrasonically), which relays the data to an external transceiver resting just outside the skull (ASIC, memory, battery, long-range transmitter), which in turn communicates wirelessly with whatever computing device.

Like most futurist notions, this one hasn’t been tested yet — it’s just a formal proposal — but it’s another fascinating glimpse into where we might be headed, bypassing clumsy literal BMI head-jacks for micro-scale interfaces that would link us, wire-free, to future galaxies of virtual information.

While many of these emerging technologies may sound very exciting, the truth is that it is important to remember that any technology is a two-edged sword.

And we certainly live at a time when the grip of the Big Brother surveillance grid that is being constructed all around us is rapidly getting tighter.

I think that it is important to step back and understand how much life has changed over the past several decades.  We used to have much more liberty and much more freedom than we have today.  Just consider the following examples from a recent article posted on the Economic Policy Journal…

1. You could buy an airline ticket and fly without ever showing an ID.

2. You could buy cough syrup without showing an ID.

3. You could buy and sell gold coins without showing an ID

4. You could buy a gun without showing an ID

5. You could pull as much cash out of your bank account without the bank filing a report with the government.

6. You could get a job without having to prove you were an American.

7. You could buy cigarettes without showing an ID

8. You could have a phone conversation without the government knowing who you called and who called you.

9. You could open a stock brokerage account without having to explain where the money came from.

10. You could open a Swiss bank account with ease. All Swiss banks were willing and happy to open accounts for Americans.

Yes, facial recognition technology could have some positive uses, but will we eventually be required to have our faces scanned wherever we go?

Yes, robots can be used to do a lot of great things, but will governments around the globe eventually be deploying armies of “killer robots” against all of us and against each other?

Just because technology is advancing does not mean that life will necessarily be better in the future.  For example, the video below was recently posted on shtfplan.com and it imagines what ordering a pizza might be like in the year 2015…

Yes, that video is very funny, but it also makes a very serious point.

Technology is increasingly being used to watch, track, monitor and control the things that we do.  As this web of technology gets even tighter, we may find that we do not really like how it has changed our lives.

That is why it is important for society to have some very important discussions about privacy, liberty and freedom while we still can.

If we don’t set up limits on the use of these technologies now, someday we might end up bitterly regretting it.