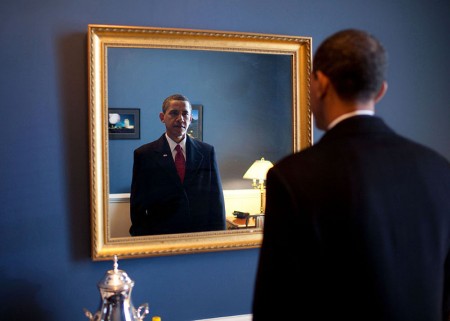 How many lies can one president tell and still retain any credibility?  What you are about to see is absolutely astounding.  It is a long list of important promises that Barack Obama has broken since he has been president.  If he had only told a few lies, perhaps the American people would be willing to overlook that.  After all, pretty much all of our politicians our liars.  Unfortunately, many of the lies that Obama has told appear to have been quite cold-hearted in nature.  For example, Barack Obama repeatedly made the promise that “you will be able to keep your health care plan” under Obamacare.  But now we are learning that he knew that this was a lie all along.  Not only that, the Democrats in Congress knew that this was a lie all along too.  In fact, U.S. Senator Kirsten Gillibrand, a Democrat, said the following when she was asked about Obama’s promise to the American people recently: “He should’ve just been specific. No, we all knew.”  You can see video of her making this statement right here.  The truth is that they all knew that millions upon millions of Americans would lose their current health care policies under Obamacare.  They deliberately lied just so that they could get the law passed.

And of course this is far from the only major lie that Obama has told in recent years.  The following is a list of 23 famous Obama quotes that turned out to be broken promises or cold-hearted lies…

#2 “My administration is committed to creating an unprecedented level of openness in government.”

#3 “We agree on reforms that will finally reduce the costs of health care. Families will save on their premiums…”

#4 “I don’t want to pit Red America against Blue America. I want to be the president  of the United States of America.”

#5 “We’ve got shovel-ready projects all across the country that governors and mayors are pleading to fund. And the minute we can get those investments to the state level, jobs are going to be created.”

#6 “And we will pursue the housing plan I’m outlining today. And through this plan, we will help between 7 and 9 million families restructure or refinance their mortgages so they can afford—avoid foreclosure.”

#7 “I will sign a universal health-care bill into law by the end of my first term as president that will cover every American and cut the cost of a typical family’s premium by up to $2,500 a year.”

#8 “We reject the use of national security letters to spy on citizens who are not suspected of a crime.”

#9 “For people with insurance, the only impact of the health-care law is that their insurance is stronger, better, and more secure than it was before. Full stop. That’s it. They don’t have to worry about anything else.”

#10 “We will close the detention camp in Guantanamo Bay, the location of so many of the worst constitutional abuses in recent years.”

#11 “Allow Americans to buy their medicines from other developed countries if the drugs are safe and prices are lower outside the U.S.”

#12 “We will revisit the Patriot Act and overturn unconstitutional executive decisions issued during the past eight years.”

#16 “We support constitutional protections and judicial oversight on any surveillance program involving Americans.”

#17 “If we have not gotten our troops out by the time I am president, it is the first thing I will do.  I will get our troops home, we will end this war.  You can take that to the bank.”

#19 “The President does not have power under the Constitution to unilaterally authorize a military attack in a situation that does not involve stopping an actual or imminent threat to the nation.”

#20 “We have a choice in this country. We can accept a politics that breeds division and conflict and cynicism…. That is one option. Or, at this moment, in this election, we can come together and say, ‘Not this time….’”

#22 “[T]oday I’m pledging to cut the deficit we inherited in half by the end of my first term in office. This will not be easy. It will require us to make difficult decisions and face challenges we’ve long neglected. But I refuse to leave our children with a debt that they cannot repay – and that means taking responsibility right now, in this administration, for getting our spending under control.”