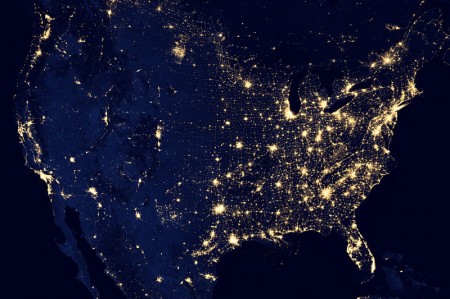 Most people have absolutely no idea that the Earth barely missed being fried by a massive EMP burst from the sun in 2012, in 2013 and just last month.  If any of those storms would have directly hit us, the result would have been catastrophic.  Electrical transformers would have burst into flames, power grids would have gone down and much of our technology would have been fried.  In essence, life as we know it would have ceased to exist – at least for a time.  These kinds of solar storms have hit the Earth many times before, and experts tell us that it is inevitable that it will happen again.  The most famous one happened in 1859, and was known as the Carrington Event.  But other than the telegraph, humanity had very little dependence on technology at the time.  If another Carrington Event happened today, it would be a complete and utter nightmare.  A study by Lloyd’s of London has concluded that it would have taken a $2,600,000,000,000 chunk out of the global economy, and it would take up to a decade to repair the damage.  Unfortunately, scientists insist that it is going to happen at some point.  The only question is when.

Just this week, the near miss of 2012 is suddenly making headlines all over the globe.  The following is from a recent Reuters report…

The bursts would have wreaked havoc on the Earth’s magnetic field, matching the severity of the 1859 Carrington event, the largest solar magnetic storm ever reported on the planet. That blast knocked out the telegraph system across the United States, according to University of California, Berkeley research physicist Janet Luhmann.

The two bursts that the Reuters article is referring to happened very closely to one another, and the scientists that study these things say that it could have taken a decade to recover from such a catastrophe…

“Had [the latest storm] hit Earth, it probably would have been like the big one in 1859, but the effect today, with our modern technologies, would have been tremendous,” said Janet Luhmann, who is part of the STEREO (Solar Terrestrial Observatory) team and based at UC Berkeley’s Space Sciences Laboratory.

Luhmann and physicist Ying Liu of China’s State Key Laboratory of Space Weather led a team in analysing the magnetic storm, which was detected by NASA’s STEREO A spacecraft and published their results in Nature Communications.

“An extreme space weather storm – a solar superstorm – is a low-probability, high-consequence event that poses severe threats to critical infrastructures of the modern society,” warned Liu.

“The cost of an extreme space weather event, if it hits Earth, could reach trillions of dollars with a potential recovery time of 4-10 years. Therefore, it is paramount to the security and economic interest of the modern society to understand solar superstorms.”

But this is not the only near miss that we have had in recent years.

In fact, there was another harrowing near miss in 2013…

The earth barely missed taking a massive solar punch in the teeth two weeks ago, an “electromagnetic pulse” so big that it could have knocked out power, cars and iPhones throughout the United States.

Two EMP experts told Secrets that the EMP flashed through earth’s typical orbit around the sun about two weeks before the planet got there.

“The world escaped an EMP catastrophe,” said Henry Cooper, who led strategic arms negotiations with the Soviet Union under President Reagan, and who now heads High Frontier, a group pushing for missile defense.

“There had been a near miss about two weeks ago, a Carrington-class coronal mass ejection crossed the orbit of the Earth and basically just missed us,” said Peter Vincent Pry, who served on the Congressional EMP Threat Commission from 2001-2008.

And very few people have heard of it, but we had another one just last month…

A huge magnetic filament shot out of the sun Monday, sending shockwaves racing at 1.7 million miles per hour and a brief roar of static through shortwave radios across the planet. And with a geomagnetic storm causing Northern Lights to dance across the Canadian border and into North America, the sun is clearly acting up.

According to a report on Spaceweather.com, Monday’s massive blast shot off the sun and into space, away from our planet, so it didn’t have the same effect on radio signals, power grids and communication satellites that an Earth-facing eruption would have.

So what is going to happen when one of these things finally hits us?

Well, basically it will be a technological Armageddon.  The following is a brief excerpt from one of my previous articles…

Without any electrical power, our society would descend into a state of chaos very rapidly.  The following is an excerpt from an article by Mac Slavo that explains some of the things that we would be likely to see in the immediate aftermath of such an event…

Today, our lives have been made very comfortable by technology.

But that technology could be stripped away from us in a single moment.

We should be thankful for the good things that we have, and we should not take for granted that we will always have them.

All it would take is one giant burst from the sun, and everything would change.