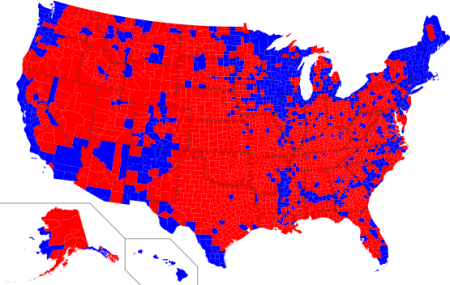 Could this be the first presidential election in U.S. history to be decided by hackers?  In recent years, hackers all over the globe have become increasingly sophisticated.  Meanwhile, our computer-based voting systems have repeatedly been shown to be extremely vulnerable.  This is particularly true in the crucial swing state of Ohio.  Several years ago the Ohio Secretary of State actually issued a report which stated that the voting machines used in Ohio are “susceptible to breaches of security that may jeopardize the integrity of the voting process.”  This is very disturbing, especially considering the fact that both the Obama campaign and the Romney campaign pretty much admit that whoever wins Ohio is going to win the election.  The state of Ohio has voted for the winner in every presidential election since 1964, and most analysts agree that the 18 electoral votes from Ohio are almost certainly going to determine the outcome of this election.  So will someone be tempted to tamper with the election results in Ohio?  Sadly, if someone did want to hack the voting results in Ohio it would apparently not be that hard to do.

Back in 2007, a risk assessment study was performed on computer-based voting systems in Ohio.  That study was called “Project Everest“, and it came to some absolutely startling conclusions.  The following is a brief excerpt from that report…

Unfortunately, the findings in this study indicate that the computer-based voting systems in use in Ohio do not meet computer industry security standards and are susceptible to breaches of security that may jeopardize the integrity of the voting process. Such safeguards were neither required by federal regulatory authorities, nor voluntarily applied to their systems by voting machine companies, as these products were certified for use in federal and state elections.

In particular, the study was quite hard on the voting machines produced by a company known as Hart InterCivic.  These voting machines are used in Hamilton County, which is considered to be a crucial section of the state.  George W. Bush won Hamilton County is 2004 and Barack Obama won it in 2008.  According to reporter Ben Swann, there are some legitimate concerns about the security of these machines…

–Compromise of the precinct optical scanner can be “easily gained.” An unauthorized individual with sufficient knowledge could “easily overcome the tamper seals and either modify or replace the operating system files or memory card.”

–The security of the PCMCIA memory cards used to carry the elections data between the precincts and the board of elections is “inadequate.”

–At the board of elections level, both computers used with the Hart voting system were “easily compromised.”

–Hart scored a “zero” on the twelve-step baseline comparison framework – that is, the Hart InterCivic voting system failed to meet any of the twelve basic best practices requirements.

What makes all of this even more alarming is the fact that Hart InterCivic is largely controlled by a private equity firm known as HIG Capital which is run by former colleagues of Mitt Romney.  In fact, a number of HIG executives are reportedly important Romney fundraisers.

A recent article in the Washington Post summarized the connections between Hart InterCivic, HIG Capital and the Romney campaign…

In a nutshell: Three of Hart’s five corporate board members are executives of HIG Capital, a global private-equity firm that made what it called a “significant” investment in Hart last year. Four HIG executives (Tony Tamer, John Bolduc, Douglas Berman and Brian D. Schwartz) have been identified as Romney bundlers by independent watchdog groups such as the Sunlight Foundation.

HIG employees as a whole have donated $338,000 this year to the campaign of the Republican presidential nominee, according to Open Secrets. Three of them (Tamer, Berman and Bolduc) used to work at Bain. Among the investors in HIG is Solamere Capital, a private-equity firm run by Tagg Romney, one of the candidate’s sons.

But it definitely does not pass the “smell test”.  Romney fundraisers should not have invested in a company that provides voting machines in Ohio.  If Obama ends up losing Ohio, many Democrats are going to be crying bloody murder about this.

Not that Democrats don’t do a lot of questionable things too.  In fact, some Democrats have already had their hands caught in the cookie jar this election season.

And of course there is the possibility that if election results in Ohio are changed that it may not be either the Republicans or the Democrats doing it.  It could simply be an outside group of hackers that want to alter the outcome of the election for their own purposes.

In fact, computer security experts all over the nation are warning of such a scenario.  Our computer-based voting systems are extremely vulnerable.  The following is from a recent WND article…

The result of an election will be changed by hackers, the only question remaining for an online security expert is which election will it be.

“I’m somewhat surprised it hasn’t happened yet,” said Stephen Cobb, a security evangelist for ESET-North America, an IT security company, in a recent article by Dark Reading, a website for security professionals.

But we would have to be fools not to recognize that the potential for abuse is certainly there and that our politicians have not sufficiently addressed the vulnerabilities that currently exist.

As I wrote about the other day, there have been a large number of documented voting machine problems in recent years.

We would be foolish to stick our heads in the sand and pretend that these problems don’t matter.  The integrity of our elections is of paramount importance, and our increasing dependence on computers makes our elections more vulnerable to fraud than ever before.

So keep a close eye on the voting results in the swing states.  Hopefully there will not be any issues, but in this day and age you just never know what is going to happen.