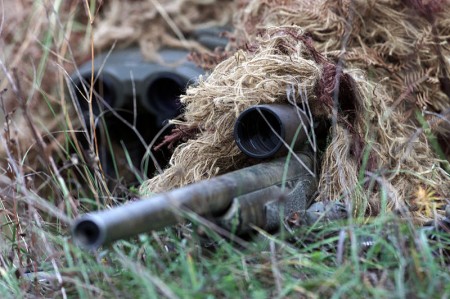 When a real terrorist attack happens, sometimes we don’t hear about it until months afterward (if we ever hear about it at all).  For example, did you know that a team of snipers shot up a power station in California?  The terrorists destroyed 17 transformers and did so much damage that the power station was shut down for a month.  And it only took them 19 minutes of shooting to do it.  Of course most Americans have absolutely no idea that this ever happened, because they get their news from the mainstream media.  The chairman of the Federal Energy Regulatory Commission at that time says that this was “the most significant incident of domestic terrorism involving the grid that has ever occurred”, and yet you won’t hear about it on the big news networks.  They are too busy covering the latest breaking news on the Justin Bieber scandal.

And maybe it is good thing that most people don’t know about this.  The truth is that we are a nation that is absolutely teeming with “soft targets”, and if people realized how vulnerable we truly are they might start freaking out.

If you have not heard about the attack on the Silicon Valley substation yet, you should look into it.  The following is an excerpt from a Business Insider article about the sniper assault…

The Wall Street Journal’s Rebecca Smith reports that a former Federal Energy Regulatory Commission chairman is acknowledging for the first time that a group of snipers shot up a Silicon Valley substation for 19 minutes last year, knocking out 17 transformers before slipping away into the night.

The attack was “the most significant incident of domestic terrorism involving the grid that has ever occurred” in the U.S., Jon Wellinghoff, who was chairman of the Federal Energy Regulatory Commission at the time, told Smith.

Evidence found at the scene included “more than 100 fingerprint-free shell casings“, and little piles of rocks “that appeared to have been left by an advance scout to tell the attackers where to get the best shots.”

So much damage was done to the substation that it was closed down for a month.

And what happens if they decide to attack a nuclear power facility next time and use even bigger weapons?

Could we have another Fukushima on our hands?

In a previous article, I discussed a very disturbing report that showed that our nuclear facilities are indeed extremely vulnerable…

The truth is that we are far, far more vulnerable to terror attacks than most Americans would dare to imagine.

So why isn’t the federal government doing more to protect us?

Well, the reality is that their resources are already stretched pretty thin and they can’t even protect their own computers.  According to another report that was recently released, breaches of government computer networks go undetected 40 percent of the time…

A new report by Sen. Tom Coburn (R., Okla.) details widespread cybersecurity breaches in the federal government, despite billions in spending to secure the nation’s most sensitive information.

The report, released on Tuesday, found that approximately 40 percent of breaches go undetected, and highlighted “serious vulnerabilities in the government’s efforts to protect its own civilian computers and networks.”

“In the past few years, we have seen significant breaches in cybersecurity which could affect critical U.S. infrastructure,” the report said. “Data on the nation’s weakest dams, including those which could kill Americans if they failed, were stolen by a malicious intruder. Nuclear plants’ confidential cybersecurity plans have been left unprotected. Blueprints for the technology undergirding the New York Stock Exchange were exposed to hackers.”

We are not nearly as “secure” as we like to think that we are.

In recent months, we have seen that our private financial information is not even secure at the largest retailers in the entire country.  By now you have probably already heard about the horrifying security breach that happened at Target during the holiday season…

The discount retailer discovered the breach in mid-December, notified customers several days later, and launched an investigation with the help of a private security firm and law enforcement.

And experts tell us that because credit card companies are cutting corners by using outdated technology that is less expensive that these kinds of credit card hacks will continue to happen all over the country.

So what are you going to do when you wake up some day and none of your credit cards or debit cards will work because the entire system has been compromised by hackers?

What are you going to do when you wake up some day and you have no power for an extended period of time because a team of terrorists has destroyed the entire power grid in your area?

What are you going to do when you wake up some day and a wave of nuclear radiation is heading your way because terrorists have attacked a nuclear power facility close to where you live?

We are an extremely vulnerable nation that literally has thousands of big, fat juicy “soft targets” that could be attacked at any moment.

We have been very fortunate to live during an era when we have generally been safe from such attacks, but the world is rapidly changing before our very eyes.

So let us hope for the best, but let us also prepare for the worst.