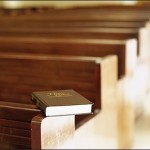 For decades, the United States has been thought of as a “Christian nation” around the globe.  But today that is dramatically changing – especially among America’s young people.  The truth is that all of the recent polls tell us that Americans under 30 years of age are rejecting the Christian faith in unprecedented numbers.  In fact, what the numbers reveal is not a slow move away from the Christian faith.  Rather, they clearly portray a massive wave of young Americans running away from traditional Christianity as fast as they can.

For example, a shocking new survey by LifeWay Christian Resources shows that the vast majority of young adults in America today do not go to church, do not pray and do not read the Bible.

Just consider a few of the results from this incredibly troubling survey of 18 to 29 year old Americans….

•65% rarely or never pray with others, and 38% almost never pray by themselves either.

•65% rarely or never attend worship services of any kind.

•67% don’t read the Bible or any other religious texts on a regular basis.

That is a solid two-thirds of American young adults who don’t even have the slightest connection to traditional Christianity.

Thom Rainer, the president of LifeWay Christian Resources, says that if the current trends continue, “the Millennial generation will see churches closing as quickly as GM dealerships.”

The survey did find that 65% of those surveyed did call themselves “Christian”, but among that 65%, “many are either mushy Christians or Christians in name only,” Rainer says. “Most are just indifferent. The more precisely you try to measure their Christianity, the fewer you find committed to the faith.”

But it just isn’t this latest survey that is showing a mass exodus from the Christian faith by America’s young people.

And that was among self-identified evangelical Christians.

But the most recent American Religious Identification Survey conducted by the Institute for the Study of Secularism in Society & Culture at Trinity College was perhaps even more shocking.

According to that survey, 15% of Americans now say they have “no religion” – which is up from 8% in 1990.  However, what was much more disturbing was that 46% of Americans between the ages of 18 to 34 indicated that they had no religion in the survey.

That is not just a trend.

That is not just a landslide.

That is a mass exodus.

Today there is a mass exodus of America’s young people from the traditional Christian faith.  There is simply no getting around it.

Another recent by the Barna group showed that less than 1 percent of all Americans between the ages of 18 and 23 hold a Biblical worldview.

So what is a Biblical worldview?

Well, the Barna survey defined someone as holding “a Biblical worldview” if they agreed to the following six key beliefs:

Using those six criteria, less than 1 percent of Americans between the ages of 18 and 23 hold a Biblical worldview.

The implications of this are staggering.

The truth is that the United States is quickly becoming a highly secularized nation.  Europe has already been down this road, and now America is rapidly following.

Hundreds (perhaps thousands) of churches will close as people simply quit going.  Large numbers of Christian ministries, radio stations, television shows and book stores will have to shut their doors because there will not be nearly enough people to support them.

America’s young people are rejecting the Christian faith, and yet the Christian establishment keeps running around and telling everyone that everything is fine.

Everything is NOT fine.

The Church in America is broken.  It is very rare to find a church where authentic Christianity is being practiced anymore.  Our young people are not stupid.  They know what is real and what is not.  If the Church in America would repent and turn back to real, authentic Christianity at least we would have a chance of capturing the attention of those young Americans who are honestly looking for the truth.

But it is not all the fault of the Church.  The truth is that we have created a society where children are taught that Christianity is not important.  Our public schools teach our children day after day after day that they evolved from monkeys, that abortion, sex before marriage and homosexuality are perfectly moral and that anyone who disagrees is a bigot.  Then they go home and they are surrounded by entertainment for the rest of the day (television, radio, video games, Internet, movies) and the overwhelming message regarding the Christian faith in these forms of entertainment is that either Christianity is irrelevant, not true or should be openly mocked.

So should we be surprised when the overwhelming majority of them reject the Christian faith?  Should we expect anything else?

We have raised our children in the godless society that we have constructed and now we are so surprised that they are godless.

But nobody should be surprised.

We are just reaping what we have sown.

For those who have read this article and are wondering what in the world Biblical Christianity is all about, we encourage you to check out this article….

What Does The Bible Say About Salvation?