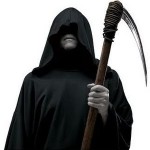 The United Nations Population Fund has released its annual State of the World Population Report entitled “Facing a Changing World: Women, Population and Climate”.  This report goes farther than any U.N. report before it by unequivocally linking population growth with climate change, and it suggests that the only way to avoid climate “disaster” is to increase “family planning” services around the world, reduce fertility rates and encourage families around the world to have less children.  As if to underline this point, in a statement accompanying the release of this new report, UNFPA Executive Director Thoraya Obaid stated that “rapid population growth and industrialization have led to a rapid rise in greenhouse gas emissions. We have now reached a point where humanity is approaching the brink of disaster.”

The brink of disaster?

Well, the truth is that environmental extremists have resorted to increasingly strong language in an attempt to whip up the fear of climate change.

Unfortunately, humans are not even causing climate change.  If you do not know this, then we recommend that you read the comprehensive article that we posted about this on our sister site entitled “How To Save The Environment? Get Al Gore The Heck Away From It”.

But even if humans were causing “climate change” (which they most certainly are not), there is still no justification for trying to reduce the population in order to fight it.

But apparently the authors of this new U.N. report are convinced otherwise.  The authors of the report were very clear about how they feel about the link between population growth and climate change….

“The importance of the speed and magnitude of recent population growth in boosting future greenhouse-gas emissions is well recognized among scientists, including the authors of the Intergovernmental Panel on Climate Change’s reports.”

In fact, the authors believe that population growth has been responsible for approximately half of the growth of carbon emissions….

So according to the authors of the report, it is the growth in the human population that has brought us to the very brink of a planetary disaster….

“The harsh realities of high per capita emissions among industrialized countries and swiftly rising ones among developing countries highlight the urgency of mobilizing all of humanity to stop collectively at the brink of this possible climate disaster zone.”

So what is the very best way to reduce climate change?  According to the authors of the report, each future person that can be eliminated can have a huge impact on reducing carbon emissions…..

But the authors of the report also recognize that the idea of “population control” is very unpopular in many areas – but that also it is time to seriously address it as part of the climate change debate….

“fear of appearing supportive of population control has until recently held back any mention of ‘population’ in the climate debate. Nonetheless, some participants in the debate are tentatively suggesting the need at least consider the impacts of population growth.”

So if “climate change” is the problem, who is the enemy?

Well, it turns out that humanity is the enemy.

The report is very clear that no human can ever be “carbon neutral”….

“No human is genuinely “carbon neutral,” especially when all greenhouse gases are figured into the equation. Therefore, everyone is part of the problem, so everyone must be part of the solution in some way.”

Everyone is part of the problem?

So that means that the authors of the report are saying that you and I and are families are part of the problem.

The fact that we exist is part of the problem to them.

So what is the solution according to the authors?….

“Strong family planning programmes are in the interests of all countries for greenhouse-gas concerns as well as for broader welfare concerns.”

In other words, we need to pass out more condoms, encourage more women to get abortions and tell more women they need to focus on their careers instead of their families so that we can get them to have less children.

You see, the term “family planning services” is just code in the report for things like “lower fertility rates” and “smaller families”….

The truth is that the report uses a lot of thinly veiled, politically correct language to suggest that in order to fight climate change, radical population control measures should be implemented.

So what does John P. Holdren believe about population control?  Well, the truth is that he once co-authored a textbook entitled “Ecoscience” in which he advocated population control measures that are so extreme that it is hard to believe that a sane man authored them.  The following are real quotes from Holdren’s textbook…..

“Adding a sterilant to drinking water or staple foods is a suggestion that seems to horrify people more than most proposals for involuntary fertility control. Indeed, this would pose some very difficult political, legal, and social questions, to say nothing of the technical problems. No such sterilant exists today, nor does one appear to be under development. To be acceptable, such a substance would haveto meet some rather stiff requirements: it must be uniformly effective, despite widely varying doses received by individuals, and despite varying degrees of fertility and sensitivity among individuals; it must be free of dangerous or unpleasant side effects; and it must have no effect on members of the opposite sex, children, old people, pets, or livestock.”

Keep in mind that John P. Holdren is the number one science advisor in Barack Obama’s administration.

This is the kind of stuff that the guy actually believes, and he is not being forced to resign.

The truth is that the Obama administration is fully behind the population control agenda.

Back in March, the Obama administration reversed the Bush administration’s policy and directed that 50 million dollars be given to the United Nations Population Fund – the authors of the report discussed above.

So not only is the United Nations Population Fund promoting their populaton control agenda around the world, they are also using your tax dollars to do it.