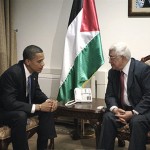 In what would be perhaps the stupidest in a long series of stupid foreign policy decisions, Barack Obama is reportedly ready to support a proposed U.N. resolution unilaterally declaring the creation of a Palestinian State. Such a decision would likely be the most anti-Israel move that a U.S. government has ever made, and it would do fundamental damage to the friendship between the United States and Israel. The proposed U.N. resolution would have the Palestinians declare a state that would claim sovereignty over virtually all territory that Israel did not control prior to 1967. If the resolution is adopted by the U.N., that would mean that Israel would be forced to “retreat” from the West Bank and from eastern Jerusalem – all without Israel ever being included in any negotiations. Needless to say, the truth is that this is a really, really, really bad idea.

WorldNetDaily is reporting that Ahmed Qurei, a former PA prime minister and member of the Palestinian Liberation Organization executive committee, recently said that the PA has “reached an understanding with important elements within the administration” to support a U.N. resolution unilaterally declaring the creation of a Palestinian State.

So what does Israel think about all of this?

Well, WorldNetDaily is also reporting that Prime Minister Benjamin is warning that such a move by the Palestinians would be met by “one-sided Israeli measures”.  In fact, Netanyahu is reported to have said the following to a group of high level policy makers…..

“There is no substitute for negotiations between Israel and the Palestinian Authority and any unilateral attempts outside that framework will unravel the existing agreements between us and could entail unilateral steps by Israel”.

But not everyone in Israel is on the same page with Netanyahu.  Haaretz actually published a shocking editorial by Yossi Sarid which openly encourages the Palestinians to go ahead and unilaterally declare the creation of a Palestinian state.

In his editorial, Sarid makes this shocking statement: “He must declare, unilaterally, the establishment of an independent Palestinian state. Palestine now.”

When Haaretz starts publishing this kind of nonsense you know that things are in a really sorry state.

Virtually the whole world is under the misconception that if the Palestinians are given their own nation that it will bring lasting peace to the region.

That is completely and utterly false.

There was no peace in the region before there was a “Palestinian problem” and there will not be peace once they have been given a state either.

The truth is that the Palestinians are obsessively and generationally committed to conquering every inch of the land of Israel at any price.  If they can get part of the way there through diplomacy or negotiations they will be glad to do it, but they will never be happy until they rule every single shred of the land of Israel.

If you do not believe this, just read the following quotes from Palestinian authorities about the destruction of Israel…..

“The Islamic Land of Palestine is one and cannot be divided. There is no difference between Haifa and Nablus, between Lod and Ramallah, between Jerusalem and Nazareth. Dividing Palestine into cantons and giving recognition to the occupation is prohibited by Sharia (Islamic religious law), since Palestinian is Wakf(Islamic Trust) for all Moslems in the East and in the West. No one has the right to give it up or to forsake it. The liberation of Palestine is a mandatory obligation for all Moslems and not only for our Palestinian nation.”(Shiekh Yuosouf Abu Sneina, the official preacher of the Al Aqsa Mosque, on Palestinian Radio April 30th, 1999)

“We may lose or win [tactically] but our eyes willcontinue to aspire to the strategic goal, namely, to Palestine from the river (i.e. Jordan) to the sea (i.e. the Mediterranean). Whatever we get now cannot make us forget this supreme truth.”  (“Moderate” PA Minister of Jerusalem Affairs Faisal Husseini, March 21st, 2001)

“We are discussing the current problems and when we speak about Jerusalem it doesn’t mean that we have forgotten about Hebron or about Jaffa or about Acre… We are speaking about the current problems that have priority at a certain time. It doesn’t mean that we have given up… We have announced a number of times that from a religious point of view Palestine from the sea to the river is Islamic.” (Sheikh Ikrima Sabri, Palestinian Authority appointed Mufti of Jerusalem and Palestine, January 11th, 2001)

Hamas still wants “Palestine from the river to the sea” — and believes in retaking the land from Jordan to the Mediterranean, including Israel. But on the way to that ‘”strategic goal,” he said, the group might back negotiations with Israel “under certain circumstances” and would support an “interim solution.”(Yasser Mansour, a Hamas candidate from Nablus, The Boston Globe, January 17th, 2006)

“It is forbidden for anyone, Arab, Palestinian or Moslem to forgo one grain of soil of the land of Palestine, Jerusalem and Al Aksa… Whoever forgoes even one grain of soil his sin is upon him, and all the sins of the Palestinians, the Arabs and the Moslems, forever and ever…” (Palestinian TV, September 8, 2000)

“We the Palestinian nation, our fate from Allah is to be the vanguard in the war against the Jews until the resurrection of the dead, as the prophet Mohammed said: ‘The resurrection of the dead will not arrive until you will fight the Jews and kill them…’ We the Palestinians are the vanguard in this undertaking and in this campaign, whether or not we want this…” (Palestinian TV, July 28, 2000)

“The battle with the Jews will surely come… the decisive Moslem victory is coming without a doubt, and the prophet spoke about in more than one Hadith. And the day of resurrection will not come without the victory of the believers [the Moslems] over the descendents of the monkeys and pigs [the Jews] and with their annihilation.” (official P.A. newspaper, Al-Hayat Al-Jadida, May 18, 2001)

“The Jews are the Jews. There never was among them a supporter of peace. They are all liars… the true criminals, the Jewish terrorists, that slaughtered our children, that turned our wives into widows and our children into orphans, and desecrated our holy places. They are terrorists. Therefore it is necessary to slaughter them and murder them, according to the words of Allah… it is forbidden to have mercy in your hearts for the Jews in any place and in any land. Make war on them anyplace that you find yourself. Any place that you encounter them — kill them. Kill the Jews and those among the Americans that are like them… Have no mercy on the Jews, murder them everywhere…” (Palestinian TV, October 13, 2000)

Are you starting to get the picture.  The truth is that there are countless quotes like the ones above.  The obsession of the Palestinians to take that land is so extreme that it is really difficult for people in the United States or Europe to even comprehend it.

Instead, politicians in the west just want to find a way for everyone over there “to get along”.  That is simply not going to happen.

But now Barack Obama just wants to give the Palestinians huge sections of the land of Israel (including parts of Jerusalem), with the Jews only getting some worthless “peace guarantees” in return.

How much have any peace guarantees with the Palestinians ever been worth?

They break their promises at the drop of the hat.

The reality is that the Palestinian political and religious leaders hate Israel and they hate the Jewish people.

Nothing is going to change that.

The creation of a Palestinian state may briefly delay the coming Middle East war, but it IS coming.

But Barack Obama and his administration are in a state of complete denial, and they seem to have no fear of shaking their fists in the face of God by giving away part of the land that God promised to the people of Israel.

All the friends of Israel need to stand up now and insist that the U.S. government must NOT support a proposed U.N. resolution unilaterally declaring the creation of a Palestinian State.

Israel belongs to the Jewish people and nothing is going to change that.