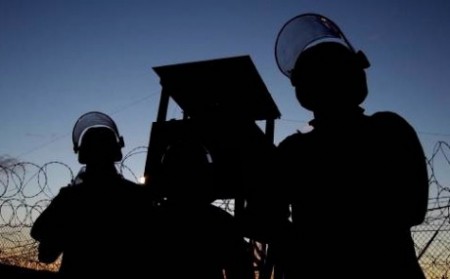 Since the beginning of 2009, there has been a significant shift in the focus of the “war on terror”.  Right after 9/11, the American people were told that the terrorists were Islamic radicals and that we needed to go fight them in the Middle East so that they would not come attack us here at home.  But now many anti-terrorism reports put out by the government barely mention Islam at all.  Instead, many of them are primarily focused on “domestic right-wing extremists”.  You may not think of yourself as a “domestic right-wing extremist”, and I certainly do not, but the truth is that patriotic Americans and conservative Christians have been repeatedly labeled as “potential terrorists” since Barack Obama became president.  If this had just happened one time, it would be easy to dismiss.  Sadly, there has been a steady pattern of this happening over the past several years.  Large groups of people that are the heart and soul of this country have been systematically demonized over the past four years.  When you consider what history has taught us, it is absolutely chilling to think about what this could eventually lead to.

Just this week another example of this phenomenon surfaced.  Wired Magazine was able to obtain a leaked U.S. Army document that contained a chart entitled “Radicalization into Violent Extremism“.  This chart identifies the following as characteristics of potential terrorists….

-“Believes in government conspiracies to the point of paranoia”

-“Is frustrated with mainstream ideologies”

-“Is personally connected with a grievance”

Do any of the above apply to you?

You might think not, but if you complain about the bias of the mainstream media, if you refuse to identify with either major political party, if you visit websites such as this one, or if you believe that your religion is true and that some religions are false then you probably fall into at least one of the categories above.

Let’s look at another example.

The following characteristics of potential terrorists are from a presentation entitled “Terrorism Training For Law Enforcement” which was produced by the State and Local Anti-Terrorism Training (SLATT) program.  The SLATT program is funded by grants from the U.S. Department of Justice’s Bureau of Justice Assistance.  Do any of the following characteristics describe you?….

-Has “bumper stickers” that are patriotic or anti-U.N.

-those that refer to an “Army of God”

More examples of this demonization of patriots and Christians can be found in a DHS report that was released early in 2012 entitled “Hot Spots of Terrorism and Other Crimes in the United States, 1970 to 2008“.  That report identified characteristics of those that have committed terrorist attacks in the past and of those that are likely to do so in the future.

Once again, as you are reading this list see if any of these characteristics apply to you….

-“fiercely nationalistic (as opposed to universal and international in orientation)”

-“insert religion into the political sphere”

-“those who seek to politicize religion”

Most Americans would fall into at least one of those categories.  That is one of the reasons why these reports are so frightening.  Once they identify most of us as “potential terrorists”, they can use all of the “anti-terrorism laws” that have been implemented in recent years against us whenever they want.

Another example of this trend is a Department of Homeland Security report that was published shortly after Barack Obama became president in 2009 entitled “Right-wing Extremism: Current Economic and Political Climate Fueling Resurgence in Radicalization and Recruitment“.  Among other things, that report claims that a belief in Bible prophecy “could motivate extremist individuals and groups to stockpile food, ammunition and weapons.”

The following are some of the other things that particular report was extremely concerned about….

-those concerned about “illegal immigration”

-those that “believe in the right to bear arms”

Once upon a time, it was “anti-American” not to be concerned about the “red menace”.

Now it is “anti-American” if you are concerned about communism.

What a strange world we live in today.

Let’s examine yet another example of this phenomenon.

Shortly after Barack Obama took office, the State of Missouri issued a report entitled “MIAC Strategic Report: The Modern Militia Movement“.  That report warned that the following types of people may be potential terrorists….

-those that are against illegal immigration

-those that have a negative view of the United Nations

-those that are opposed “to the collection of federal income taxes”

-those that display the Gadsden Flag (“Don’t Tread On Me”)

Perhaps the most disturbing element of that report was that it identified support of particular political candidates as a threat to national security.

Sadly, the truth is that our most basic freedoms are under attack.  Our country is slowly being transformed into a giant prison camp, but most Americans don’t even realize what is happening.

It is like the story of the frog in the kettle.  The heat is being turned up so slowly that most people don’t even feel it, but eventually that water will be boiling.

The federal government is pouring billions upon billions of dollars into “anti-terrorism” efforts, but much of that money is being wasted and much of it is being spent on monitoring innocent Americans.  The following is from a recent article posted on the Blaze….

A multibillion-dollar information-sharing program created in the aftermath of 9/11 has improperly collected information about innocent Americans and produced little valuable intelligence on terrorism, a Senate report concludes. It portrays an effort that ballooned far beyond anyone’s ability to control.

What began as an attempt to put local, state and federal officials in the same room analyzing the same intelligence has instead cost huge amounts of money for data-mining software, flat screen televisions and, in Arizona, two fully equipped Chevrolet Tahoes that are used for commuting, investigators found.

Instead of focusing on real threats to national security, our government has become absolutely obsessed with watching all of us.

This is supposed to be the land of the free and the home of the brave, but instead America is being turned into an Orwellian police state.

Please feel free to express your opinion by leaving a comment below….