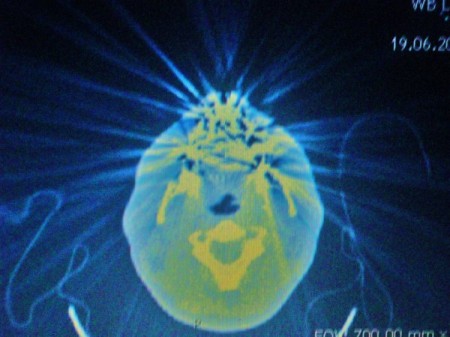 Should the government be trying to figure out if we are going to commit a crime in advance?  That sounds like something out of a Tom Cruise movie, but the truth is that “pre-crime” technologies such as were portrayed in Minority Report are being aggressively developed, and some have actually already been deployed.  We live at a time when technology is advancing at an exponential rate, and it can be really hard to keep up with how rapidly our world is changing.  In the future, authorities may not only be able to use pre-crime technology to read our minds, they might also be able to use technology to directly control our minds as well.  Yes, I know that sounds science fiction, but after I tell you about some cutting edge research that has been taking place at Harvard Medical School you might not think that such a notion seems so bizarre.

But first I want to discuss some of the very disturbing pre-crime technologies that the government is working on.  One of the most prominent programs is known as FAST (Future Attribute Screening Technology).  According to Wikipedia, this pre-crime system is already so advanced that developers claim that it has about an 80% success rate…

Future Attribute Screening Technology (FAST) is a program created by the Department of Homeland Security. It was originally titled Project Hostile Intent. The purpose is to detect “Mal Intent” by screening people for “psychological and physiological indicators” in a “Mobile Screening Laboratory”.

The program was under the Homeland Security Advanced Research Agency and the Science & Technology Human Factors Behavior Science Division of DHS. In a meeting held on July 24, 2008 the DHS Under Secretary Jay Cohen stated, the goal is to create a new technology that would be working in real time as opposed to after a crime is already committed.

The DHS science spokesman John Verrico stated in September 2008 that preliminary testing had demonstrated 78% accuracy on mal-intent detection and 80% on deception.

The technology behind FAST is extremely complex, but it can be fooled.  So once FAST is operational you better not get too nervous or have a particularly bad day, because according to Professor Margaret Hu the consequences of being “convicted” of a pre-crime by FAST could potentially include “deportation, prison, or death”…

FAST is currently under testing by DHS and has been described in press reports as a “precrime” program. If implemented, FAST will purportedly rely upon complex statistical algorithms that can aggregate data from multiple databases in an attempt to “predict” future criminal or terrorist acts, most likely through stealth cybersurveillance and covert data monitoring of ordinary citizens. The FAST program purports to assess whether an individual might pose a “precrime” threat through the capture of a range of data, including biometric data. In other words, FAST attempts to infer the security threat risk of future criminals and terrorists through data analysis.

Under FAST, biometric-based physiological and behavioral cues are captured through the following types of biometric data: body and eye movements, eye blink rate and pupil variation, body heat changes, and breathing patterns. Biometric- based linguistic cues include the capture of the following types of biometric data: voice pitch changes, alterations in rhythm, and changes in intonations of speech. Documents released by DHS indicate that individuals could be arrested and face other serious consequences based upon statistical algorithms and predictive analytical assessments. Specifically, projected consequences of FAST ‘can range from none to being temporarily detained to deportation, prison, or death.’

Perhaps you are reading this and you assume that the widespread implementation of such a system is still a long way off.

Well, if that is what you are thinking, you would be wrong.

In fact, pre-crime cameras are already being installed at important transit locations in San Francisco…

Hundreds of pre-crime surveillance cameras are to be installed in San Francisco’s subway system that will analyze “suspicious behavior” and alert guards to potential criminal or terrorist activity – before any crime has been committed.

“Manufacturers BRS Labs said it has installed the cameras at tourist attractions, government buildings and military bases in the U.S. In its latest project BRS Labs is to install its devices on the transport system in San Francisco, which includes buses, trams and subways,” reports the Daily Mail.

The cameras are programmed with a list of behaviors considered “normal”. Anything that deviates from usual activity is classified as suspicious and guards are immediately alerted via text message or a phone call.

Equipped with the ability to track up to 150 suspects at a time, the cameras build up a “memory” of suspicious behavior to determine what constitutes potential criminal activity.

A total of 288 cameras will be installed across 12 transport hubs.

And without a doubt more major cities will soon be adopting such technology.

So try not to act suspiciously – someone may be watching.

Another very disturbing technological development was recently reported on by Businessweek.  Researchers at Harvard Medical School have apparently found a way for a human to control the mind of a rat…

The rat is pinned down. It’s laying prostrate on what looks like a hospital bed with its head in some sort of vice. The rat is white and huge and has a black ribbon tied around the middle of its tail. Now and again, the tail flicks. Unremarkable, right?

Well, yes, except that the rat is having its mind controlled by human thought—and there’s evidence all around that our minds might soon come under control, too.

In April, when researchers from Harvard Medical School published the rat video on YouTube, they were demonstrating the creation of a brain-to-brain interface formed between human and vermin. Basically, the human could concentrate on a specific idea and—via something called transcranial focused ultrasound, or FUS—an impulse would be sent to excite the part of the rat’s brain that controls tail movement. The experiment worked 94 percent of the time, with a thought taking about 1.5 seconds to travel from human to rat.

So precisely how does this work?  A recent ExtremeTech article explained how the researchers are doing this…

Which brings us neatly onto Harvard’s human-mouse brain-to-brain interface. The human wears a run-of-the-mill EEG-based BCI, while the mouse is equipped with a focused ultrasound (FUS) computer-brain interface (CBI). FUS is a relatively new technology that allows the researchers to excite a very specific region of neurons in the rat’s brain using an ultrasound signal. The main advantage of FUS is that, unlike most brain-stimulation techniques, such as DBS, it isn’t invasive. For now it looks like the FUS equipment is fairly bulky, but future versions might be small enough for use in everyday human CBIs.

With the EEG equipped, the BCI detects whenever the human looks at a specific pattern on a computer screen. The BCI then fires off a command to rat’s CBI, which causes ultrasound to be beamed into the region of the rat’s motor cortex that deals with tail movement.

So could this kind of technology eventually be used to control human minds?

Back in 2008, Japanese researchers discovered a way to monitor someone’s neural activity and figure out what object or word they are thinking of from a constrained set of choices. This year, scientists at Japan’s National Institute of Genetics recorded a video of a fish brain forming a thought by figuring out which neurons light up when the animal contemplated food. The chip maker Intel (INTC) and researchers at Carnegie Mellon University have done some very promising work around mind-reading with humans. They can ask a person to think about a specific object and can then determine—90 percent of the time—what that object is by watching brain activity on an fMRI machine. So far, the vocabulary for the tests is limited to about 1,000 words, and the subjects are merely picking between a couple of words at a time, but their success rate is good enough to conceive of people being able to turn a smartphone or a TV on and off via thoughts alone.

Does all of this sound very strange to you?

It sounds very strange to me too.

But we need to be aware of these things.  Just imagine what a tyrannical government could do with such technologies.  It would potentially be able to gain a level of control that tyrants of the past never even dreamed possible.

Pre-crime and mind control technologies are already here and they will undoubtedly become far more advanced in the future.

So how will governments around the world choose to use these technologies?

That is a frightening thing to think about.