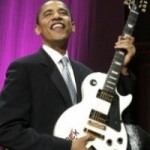 Shocking photographs have been revealed that prove that Barack Obama knew the “White House party crashers” Tareq Salahi and Michaele Salahi even before he was elected president.  The most stunning photograph, posted below, shows “president-elect” Barack Obama posing with the Salahis and other celebrities at the 12th annual Rock the Vote awards on June 9th, 2005.  The other photograph shows the Salahis sitting in Barack Obama’s box at the Lincoln Memorial on Inaguration Day.  In light of these photographs, how can Barack Obama deny having a close relationship with them?

This first photograph was posted on polocontacts.com on November 26, 2008.  It is from the night of the 12th annual Rock the Vote awards on June 9th, 2005.  The caption of the picture on that website reads as follows…..

So we are still supposed to believe that Barack Obama did not know the Salahis?

As far as Michaele Salahi goes, who knows what to believe.  Apparently she has claimed to be a former cheerleader for the Washington Redskins, a former model for Victoria’s Secret and a former Miss USA.

But what we do know is that these folks are very good at getting around town and posing with celebrities.

In fact, this next picture is of Tariq and Michaele Salahi sitting in President Obama’s Box at the Lincoln Memorial on Inaguration Day…..

So in light of all this, how can it continue to be denied that Barack Obama had a friendship with the Salahis even before he became president?