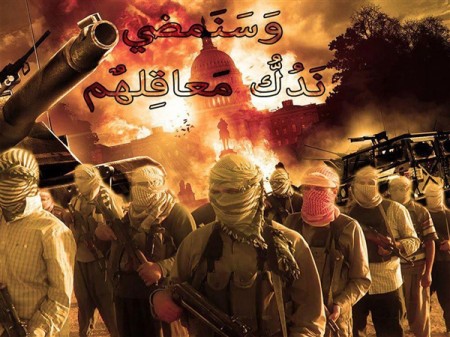 In Syria, Christians, Jews and Muslims of all types have been living fairly peacefully with one another for centuries, but the Syrian “rebels” want to change all that.  The truth is that the “rebels” have no interest in “freedom” or “democracy” whatsoever.  Rather, they are hardcore Sunni jihadists that intend to set up a government that will force the entire nation to go under sharia law.  Christians and Jews will be forced to convert to Sunni Islam, flee for their lives, or be killed.  A large percentage of the “Syrian rebels” are actually foreigners, and Islamic leaders all over the Middle East are urging fighting men to go to Syria and “wage jihad” against the Assad regime.  In fact, Saudi Arabia has been so desperate to overthrow Assad that they have been actually releasing death row inmates from prison and paying them to go fight in Syria.  Unfortunately, we have been hearing very little about the horrific atrocities that these rebels have been committing in the mainstream media because the establishment is trying to drum up support for a war against Syria.  Anything that makes the rebels look bad is played down or censored out completely, because if we attack Syria those rebels are going to be our “allies”.

But at this point our “allies” are acting like absolute monsters.  They are running around ruthlessly murdering Christians, using chemical weapons and dismembering little girls.  And check out what the Syrian rebels told one Christian woman the other day after they slit the throat of the man that she was engaged to…

Ghastly attacks on Christians mocked as “Crusaders” in Syria continued unabated as Jihadists reportedly forced one man to convert to Islam at gunpoint and slit the throat of another Christian woman’s fiancé and then told her, “Jesus didn’t come to save him.”

Residents who fled from the ancient town of Maalula in Syria told AFP that jihadists ambushed the town last week and forced a man to convert to Islam at gunpoint.

“They arrived in our town at dawn… and shouted ‘We are from the Al-Nusra Front and have come to make lives miserable for the Crusaders,” said one woman identified as Marie in Damascus, where many people from Maalula fled after rebels first attacked that town on Sept. 4.

And this is just the beginning.  The rebels are very open about the fact that they plan to commit full-blown genocide after they take full control of Syria…

Arabic news agency Al Hadath gives more information concerning this latest terror attack on Syria’s Christians, specifically how the al-Qaeda linked rebels “terrorized the Christians, threatening to be avenged on them after the triumph of the revolution.”

Thus al-Qaeda terrorists eagerly await US assistance against the Syrian government, so they can subjugate if not slaughter Syria’s Christians, secularists, and non-Muslims — even as the Obama administration tries to justify war on Syria by absurdly evoking the “human rights” of Syrians on the one hand, and lying about al-Qaeda’s presence in Syria on the other.

And the truth is that the rebels have already been brutally persecuting those from other religions in areas that they control.  The following is an excerpt from eyewitness testimony from a Christian missionary who recently visited the region…

“The Christian residents were offered four choices: 1. renounce the ‘idolatry’ of Christianity and convert to Islam; 2. pay a heavy tribute to the Muslims for the privilege of keeping their heads and their Christian faith (this tribute is known as jizya); 3. be killed; 4. flee for their lives, leaving all their belongings behind.”

If you lived in one of those areas, what would your choice be?

Sometimes, those living in areas controlled by the rebels are not given any choices at all.  In fact, what happened to a 15-year-old Christian girl from Qusair named Mariam is a total abomination…

The commander of the battalion “Jabhat al-Nusra” in Qusair took Mariam, married and raped her. Then he repudiated her. The next day the young woman was forced to marry another Islamic militant. He also raped her and then repudiated her. The same trend was repeated for 15 days, and Mariam was raped by 15 different men. This psychologically destabilized her and made her insane. Mariam, became mentally unstable and was eventually killed.

Remember, these are the “rebels” that Barack Obama is arming.

These are the “rebels” that Barack Obama wants to help take over Syria.

Obama says that our “values” mandate that we help these psychotic Islamic radicals.

Obama insists that we have nothing to worry about when it comes to these rebels.

But as you can see from the video posted below, these Syrian rebels actually sing songs that openly praise Osama bin Laden…

And if we do attack Syria, there is a very good chance that we will be lighting the spark for World War III.

At this point, even Canadian news is denouncing our recklessness…

And the American people are becoming increasingly alarmed as well.  Survey after survey has shown that the American people are overwhelmingly against an attack on Syria, and according to a stunning new poll that was just released by Gallup, the percentage of Americans that have confidence in the federal government’s handling of international problems is at an all-time low.

In addition, there has been a tremendous military backlash against this potential war with Syria.  According to a shocking new survey conducted by the Military Times, 75 percent of active duty U.S. troops are against attacking Syria.

Hopefully Barack Obama and the U.S. Congress are listening.

Because if we do have a war, I fear that it is going to end very, very badly.