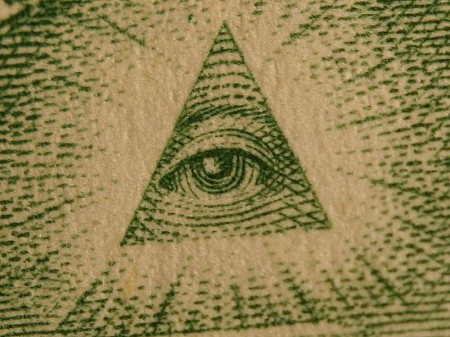 What would you do if you knew that the government had tapped all of your phones, was watching everything that you do on the Internet and was keeping a copy of all of your emails?  Well, the truth is that this is essentially exactly what is happening right now.  Over in the UK, a British intelligence agency known as Government Communications Headquarters (GCHQ) has tapped into the cables that all of our phone calls and all of our Internet activity go through.  All of the information that goes through those cables – phone calls, Internet searches, Facebook activity, emails, etc. – is gathered, recorded and stored by GCHQ.  This information gathering program is referred to as “Tempora”.  It is being reported that GCHQ records 600 million “telephone events” every day.  In addition, GCHQ shares all of the data that it gathers with the NSA.  Reportedly, there are 850,000 people in the United States that have top secret clearance that have access to this data.  Needless to say, nothing that you do on your phone or on the Internet will ever be “private” ever again.

The Guardian first broke the story about Tempora thanks to information that it received from whistleblower Edward Snowden.  According to the Guardian, Tempora has been operational for about 18 months…

One key innovation has been GCHQ’s ability to tap into and store huge volumes of data drawn from fibre-optic cables for up to 30 days so that it can be sifted and analysed. That operation, codenamed Tempora, has been running for some 18 months.

GCHQ and the NSA are consequently able to access and process vast quantities of communications between entirely innocent people, as well as targeted suspects.

This includes recordings of phone calls, the content of email messages, entries on Facebook and the history of any internet user’s access to websites – all of which is deemed legal, even though the warrant system was supposed to limit interception to a specified range of targets.

The existence of the programme has been disclosed in documents shown to the Guardian by the NSA whistleblower Edward Snowden as part of his attempt to expose what he has called “the largest programme of suspicionless surveillance in human history”.

GCHQ is apparently not very concerned about what happens to all of that data after they turn it over to the NSA.  Their attitude seems to be that the NSA can pretty much do whatever it wants with it…

The Americans were given guidelines for its use, but were told in legal briefings by GCHQ lawyers: “We have a light oversight regime compared with the US”.

When it came to judging the necessity and proportionality of what they were allowed to look for, would-be American users were told it was “your call”.

The Guardian understands that a total of 850,000 NSA employees and US private contractors with top secret clearance had access to GCHQ databases.

Are you upset by this?

What Tempora basically amounts to is an “all-seeing eye” for the Internet.  The potential for abuse is staggering.  Just imagine what a tyrannical government could do if it knew what every single person was doing on the Internet 24 hours a day.

So far there hasn’t been that much outrage about these revelations in the United States, but in other parts of the world people are absolutely steaming about being permanently spied on by these intelligence agencies.  For example, the following is a brief excerpt from a recent Der Spiegel article…

The term, “information superhighway” has always been insufficient to describe the Internet. In reality, the Web is a global communication space containing the private information of a large part of the population of every developed country. If someone were able to train an all-seeing eye onto the Internet, the blackmail potential would be almost limitless.

It is precisely this all-seeing eye that the British intelligence agency Government Communications Headquarters (GCHQ) and the American National Security Agency (NSA) have developed under the name Tempora. An appropriate real-world metaphor for the program might be something like this: In every room of every house and every apartment, cameras and microphones are installed, every letter is opened and copied, every telephone tapped. Everything that happens is recorded and can be accessed as needed.

It sounds preposterous, but it is frighteningly close to the reality that was unveiled by the Guardian on Friday. Together, the GCHQ and NSA monitor Internet traffic by tapping directly into the data stream sent through fiber-optic cables. They are able to copy and cache this data, to be sifted through later as needed.

It is easy to understand why the rest of the world is so outraged.

After all, how would you feel if you knew that a foreign government was spying on all of your phone calls and recording every single thing that you did on the Internet?

How in the world can we claim that we are an “example” for everyone else on the planet and that we are the great defenders of “liberty” and “freedom” when we are openly admitting that we are going to intercept all of their phone calls and all of their Internet activity and keep all of that data indefinitely?

Right now, the NSA is building the largest data center that the world has ever seen out in Utah.  It is going to have approximately a million square feet of storage space, it will have the capability of storing 5 zettabytes of data, and it is going to cost about 2 billion dollars to construct.  The facility is going to be so massive that it is going to take about 40 million dollars a year just to pay for the energy needed to run the data center.

Every phone call you make, every Internet search you conduct, every Facebook status update you post and every email you write will be held there.

Would you want a foreign government doing that to you?

Are you starting to understand why the rest of the globe is absolutely disgusted by all of this?

For much more on these spying programs, please see my previous article entitled “21 Facts About NSA Snooping That Every American Should Know“.

Please stand up and say something about this while you still can.