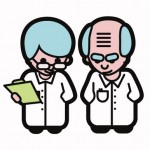 As you read this, there are not enough doctors and hospitals for everyone in America.  But thanks to the health care bill that Barack Obama and the Democrats rammed down the throats of the American people, that shortage is about to get a whole lot worse.  The truth is that the new health care law is going to force many doctors out of the system and it is already forcing the cancellation of many planned doctor-owned hospitals.  What you are going to read below will frighten you.  It should.  It is the truth and it isn’t pretty.  The U.S. health care system is about to undergo a radical transformation, and a lot of people are going to be really upset about what happens.

Even without the new health care law, the U.S. medical industry was already looking at a shortage of doctors in the coming years.  According to the Association of American Medical Colleges, the United States will likely face a shortage of as many as 150,000 doctors in the next 15 years.

But that shortage does not even factor in the large number of doctors that are going to leave the industry because of the new health care law.

According to a survey published in a recent issue of the New England Journal of Medicine, nearly one-third of all practicing physicians in the United States may leave the medical profession because of the health care legislation that was just passed.

Perhaps the politicians in Washington should have listened to what the doctors had to say before they passed the health care bill.

Now large number of doctors may start retiring in droves.

According to an IBD/TIPP poll of American doctors, the situation is even worse.  That survey indicated that 45 percent of U.S. doctors would consider shutting down their practices or retiring if the health care bill became law.

Just think about that.

That number is mind blowing.

Currently, there are about 960,000 doctors practicing medicine in the United States.  If a third of them DID decide to retire or quit when Obama’s health care law is fully implemented, that would mean that 320,000 doctors would suddenly leave the U.S. health care system.

Now hopefully things will not be that bad in reality, but even if 100,000 doctors leave the system, it is going to cause a shortage of unprecedented magnitude.

But it is not just a shortage of doctors that we will all be facing.

The new health care law that was supposed to give all Americans much better health care is actually forcing the cancellation of at least 60 doctor-owned hospitals that were scheduled for opening according to the executive director of Physician Hospitals of America.

Why is that the case?

Without those payments, the new doctor-owned hospitals are not feasible.

The new health care bill has been the law of the land for just a few weeks and it has already forced the cancellation of at least 60 hospitals.

What a wonderful new health care system we all have!

If we are not careful, we are going to destroy what was once the greatest health care system in the world.

What in the world is happening to America?