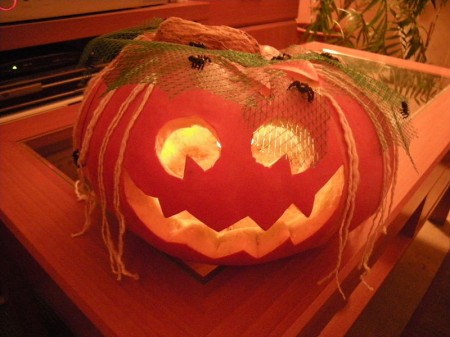 What is the fastest growing religion in the United States?  If you said Christianity, you would be way off.  In fact, the most recent numbers show that Christianity is in a serious state of decline in America.  If you said Islam, you are much closer to a correct answer.  Islam is the fastest growing major religion in the United States.  But there is a faith that is growing even faster than Islam.  It is called Wicca, and it is currently growing at an astounding pace.  Wicca emerged as a faith in the middle of the 20th century, but the origins of many Wiccan practices actually go back for thousands of years, and some researchers believe that certain aspects of Wicca can actually be traced all the way back to ancient Babylon.  According to Wikipedia, Wicca “is a modern pagan, witchcraft religion”.  It has been estimated that the number of Americans that are Wiccans is doubling every 30 months, and at this point there are more than 200,000 registered witches and approximately 8 million unregistered practitioners of Wicca.  And it is important to remember that Wicca is just one form of witchcraft.  There are many other “darker” forms of witchcraft that are also experiencing tremendous growth.

This is a trend that didn’t just start a few years ago.  In fact, according to Wikipedia, Wicca experienced an average annual growth rate of 143 percent in the United States between 1990 and 2001…

A press release from Witch School also claims that Wicca is the fastest growing religion in America, and that organization projects that Wicca will soon become the third largest religion in the United States after only Christianity and Islam…

Wicca is America’s Fastest Growing religion, and it is anticipated by some Christian religious experts that it will become the third largest religion in the United States early in the 21st century, behind only Christianity and Islam.

Witch School claims that it has trained more than 200,000 students by itself so far.  And of course Witch School is just one of thousands of prominent occult websites on the Internet.

“Wicca is the fastest-growing religion in America, set to be the third largest religion by 2012,” claims Marla Alupoaicei, who co-wrote the recently released book “Generation Hex” with fellow Christian author Dillon Burroughs.

“The numbers of adherents are doubling every 30 months,” she says.

Furthermore, every major city in the United States has networks of Wiccans, adds Burroughs.

“Certain parts of the country, such as the Pacific Northwest, the mountain states (New Mexico and Colorado) and areas near Salem, Mass., are the strongest in the U.S.,” he says. “However, I live in Tennessee and have found pockets of Wiccans in Tennessee, Georgia, North Carolina, and Virginia to interview. I didn’t have to travel far or even outside of the so-called Bible belt to find Wiccans.”

There is a huge fascination with the occult in the United States right now.  We can see this on television, in our movies and in popular novels.

But this is not just happening in America.  According to the Guardian, there is also an explosion of interest in witchcraft going on in the UK…

When Ryan Murphy, the creator of American Horror Story, announced that the third season of the American TV series would focus on witches, he was riding the crest of a wave. Not since the 1990s – the era of Buffy’s geek goddess, Willow Rosenberg, and a scowling Fairuza Balk in The Craft – have witches been so much in demand.

In the young-adult section of bookshops, shelves that recently groaned under the weight of tales of tormented vampires and lovelorn werewolves, are now stuffed with stories of witchcraft and magic, from Ruth Warburton’s much-praised Winter Trilogy to Jessica Spotswood’s Cahill Witch Chronicles. Lower down the age range, last month the most recent in Jill Murphy‘s long-running Worst Witch series was published, while among the predictions for this Christmas’s bestselling toys are the Bratz spinoff, House of Witchez. For adults, next year will mark the climax of Deborah Harkness’s All Souls Trilogy, centring on the relationship between a vampire and a feisty American witch.

And right now is one of the most important times of the year for Wiccans.  According to Raiders News Network, the Wiccan year begins just after Halloween…

According to the Celtic Almanac, the Wiccan year begins following Halloween. The seasonal scenario that follows is reminiscent of the earth goddess and dying-god cults of ancient civilizations.

* Yule is on December 20 and celebrates the goddess giving birth to the Sun god.

* The next season is Imbolc and marks the recovery of the goddess after giving birth to the god.

* The Spring Equinox (Ostara) marks the first day of Spring. The goddess awakes as the days grow longer and the light overtakes the darkness. The goddess fills the earth with fertility.

* Beltane celebrates the transformation of the boy god into manhood. He is filled with lust for the goddess and lies with her in the grass. The earth becomes pregnant with her vitality. Crops begin to grow. Flowers bloom.

* Litha (midsummer) arrives as the powers of nature escalate. The Earth Mother is filled with fertility. Wiccans practice numerous kinds of magic during this season.

* The next season is Lughnasadh, the time of the first harvest. The Wiccan god begins to lose his strength as the Sun rises higher each day. The nights grow longer. The god begins to die.

* Mabon is the completion of the harvest. The Wiccan god suffers death, draws back into darkness, and waits to be reborn at Yule.

Wiccans were celebrating this holiday (Samhain) long before anyone else started celebrating it.  This year Americans will spend about 6 billion dollars on Halloween celebrations, but most of them have absolutely no idea that many “Halloween traditions” can be traced directly back to ancient Wiccan practices.  The following is from a recent Business Insider article…

Black cats, spiders, and bats are all Halloween symbols because of their spooky history and ties to Wiccans. All three were thought to be the familiars of witches in the middle ages, and are often associated with bad luck.

Bats are even further connected to Halloween by the ancient Samhain ritual of building a bonfire, which drove away insects and attracted bats.

As a Christian, I do not celebrate Halloween.  I do not want anything to do with witchcraft, black magic, white magic, vampires, werewolves, wizards, warlocks, zombies, evil spirits, ancient pagan religions or anything else along those lines.

But more Americans than ever are embracing the darkness, and each year this comes to a fever pitch on Halloween night.  For much more on this, please see my previous article entitled “The Dark Side Of Halloween: The Kind Of Stuff That Real Life Nightmares Are Made Of“.