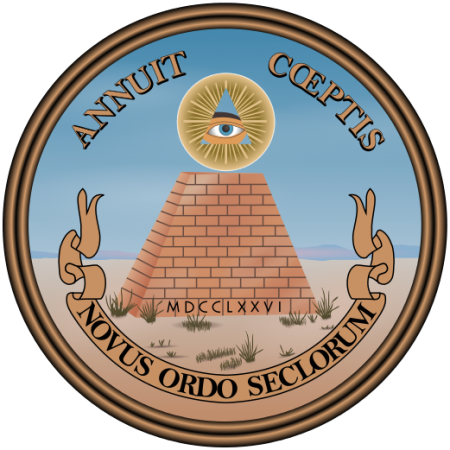 During fiscal year 2012, $359,796,008,919.49 that had been forcibly extracted from American taxpayers was transferred into other hands.  Most of it ended up in the pockets of the global elite.  So what did the American people get in return for that 359 billion dollars?  Nothing at all.  No roads were built, no schools were constructed, no teachers were paid and none of it went to national defense.  It was simply interest that was owed on the national debt, and most of it just made the ultra-wealthy even wealthier.  But this is exactly what the Federal Reserve system was designed to do when it was created back in 1913.  It was designed to get the U.S. government trapped in an endless spiral of debt that would systematically drain the wealth of the American people and transfer it to the ultra-wealthy and the international bankers.  When most people think of a “wealth redistribution scheme”, they think of a government raising taxes in order to give money to poor people.  But the Federal Reserve system works in reverse.  Money is taken from all of us and it is redistributed to the global elite.  That is why a federal income tax was instituted the exact same year that the Federal Reserve was.  Money is extracted from all of us through taxation, and then it is transferred from the federal government to the ultra-wealthy through debt payments.

So what role does the Federal Reserve system play in all of this?

Many critics of the Fed focus on how much money the Fed makes each year, but that is a mistake.  The truth is that the Fed returns the vast majority of the money that it makes to the U.S. Treasury.  The Fed is not a money making machine itself.  Rather, it is a system that enables others to make hundreds of billions of dollars each year.

When the U.S. government wants to spend more money than it has, it asks the Fed to make some more money.  The Fed then creates money out of thin air that did not previously exist.  Normally this money is not even printed up.  It is just entered into a computer.

In return for the new money, the U.S. government gives the Federal Reserve some U.S. Treasury bonds.  In essence, U.S. Treasury bonds are promises to pay back money.  But the U.S. government always agrees to pay back more money than it receives.  So a larger amount of debt is created than the amount of new money that is created.

When the Federal Reserve receives those U.S. Treasury bonds, most of the time they take them and auction them off to interested buyers.  This is how they get into the hands of the ultra-wealthy and the international bankers.

Well, the theory is that the money will be able circulate through the U.S. economy really fast and that the federal government will be able to tax it enough times and at a high enough rate to be able to pay off the debt plus the interest.

But that never seems to work out, does it?

Instead, the federal government always finds that it can’t fund government activities and pay off the debt at the same time, so they always come back to borrow more.  That is why it is called a debt spiral.

So the debt just keeps getting larger and larger.  Today, the U.S. national debt is more than 5000 times larger than it was when the Federal Reserve was first created.

And as the debt keeps getting larger and larger, so does the money supply.  And that is why we have such a problem with inflation.  Since the Federal Reserve was first created, the U.S. dollar has lost more than 96 percent of its value.

But the global elite are not just doing this in the United States.  They have established similar systems in almost every nation on earth.

So every year, gigantic mountains of money are transferred from taxpayers all over the globe into their pockets.

And that is the primary reason why they have so much money.

It has been estimated that the global elite have up to 32 TRILLION dollars stashed in offshore banks around the planet.

And that is just the money that we know about.

Are you starting to understand why people are so upset about this stuff?

Fortunately, people all over the world are starting to wake up to this massive wealth redistribution scheme.

The creation of money should belong to the people – not to the global elite.

Just consider a statement that Italian politician Beppe Grillo once made…

“Whom does the money belong to? Who does its ownership belong to? To the State fine…then to us, we are the State. You know that the State doesn’t exist, it is only a legal entity. WE are the state, then the money is ours…fine. Then let me know one thing. If the money belongs to us…Why…do they lend it to us??”

If the currency of a nation belongs to the people of a nation, then why do we let the elite create our money out of thin air and lend it back to us?

Why do we continue to use a debt-based currency system that is making the global elite far wealthier at the expense of all the rest of us?

Please share this article with as many people as you can.  I have tried to simplify things as much as possible in this article so that even people that have been through the dumbed-down public education system in the United States should be able to understand it.

So what do you think about the Federal Reserve?

Are you angry that hundreds of billions of dollars are being transferred from U.S. taxpayers to the global elite every single year?

Are you disgusted that money that is created out of thin air by the Federal Reserve is being used to bankrupt our nation and enslave future generations of Americans to trillions of dollars of debt?