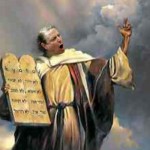 As world leaders prepare to converge on the U.N. climate change convention in Copenhagen next week, the belief in global warming and climate change is increasingly becoming less science and more religion.  In fact, Al Gore himself, the one being called the “eco-prophet” and “the Moses of this generation” recently admitted as much.  In his new book, “Our Choice: A Plan to Solve the Climate Crisis”, Gore focuses on the “spiritual side” of fighting global warming.  As far as allowing the science to persuade people about the threat of global warming goes, Gore puts it very bluntly in his book: “Simply laying out the facts won’t work.”  Why won’t laying out the facts work?  Well, the truth is that as Climategate has revealed, the science is not on the side of the global warming extremists, so blind faith must be called for.

For those not familiar with Climategate, essentially what happened is that hacked emails and documents from the University of East Anglia’s Hadley Climate Research Unit were posted on the Internet which prove that many of the key scientists involved in the theory of global warming conspired to falsify climate data in order to prop up the premise that mankind is causing climate change.  A great summary of this unfolding scandal can be found here.

Why did they did those scientists have to falsify the data?

Because the actual science simply does not support the theory of man-made global warming.  If you are not aware of how the scientific data clearly shows that man is not causing global warming, please read the article that we recently posted on our sister site entitled “How To Save The Environment? Get Al Gore The Heck Away From It”.

But Climategate is not about to stop Barack Obama from heading to Copenhagen.  In fact, world leaders from all over the globe will soon be pouring in to Copenhagen ready to sign a treaty that will pledge their nations to make deep sacrifices in order to fight the threat of climate change.  The Copenhagen Treaty will give an as yet unnamed U.N. body the power to directly intervene in the financial, economic, tax and environmental affairs of all the nations in order to fight the threat of climate change.  It would represent a gigantic step towards world government.  In fact, United Nations Secretary General Ban Ki-moon recently wrote an editorial in the New York Times that openly declared that “global governance” is needed to fight the threat of global warming.

In his editorial, Ban Ki-moon made the following very disturbing statements…..

Sorry Ban Ki-moon, but all do not agree.

In fact, the whole Climategate scandal has revealed that the top global warming scientists have been deliberately lying to us.

In response to Climategate, White House Spokesman Robert Gibbs stated that for the Obama administration it really does not change anything…..

“In the order of several thousand scientists have come to the conclusion that climate change is happening,” Gibbs told reporters. “I don’t think that any of that is, quite frankly among most people, in dispute.”

In fact, one judge in the U.K. has issued an opinion giving belief in global warming the status of a religion.  Just check out what Justice Michael Burton wrote…..

“A belief in man-made climate change, and the alleged resulting moral imperatives, is capable, if genuinely held, of being a philosophical belief for the purpose of the 2003 Religion and Belief Regulations. The belief must be of a similar cogency or status to a religious belief, the ECHR jurisprudence is directly material and the limitations on the concept and extent of a philosophical belief can be derived from that, without the need to place any additional limitation on the nature or source of the belief.”

In addition, many of the world’s most prominent religious leaders have expressed their belief in global warming and in the importance of trying to stop climate change.  The Dalai Lama himself now says that the world’s leaders must give the highest priority to the issue of global warming.  Earlier this month Pope Benedict told a United Nations world food summit that “the Earth can sufficiently feed all of its inhabitants” despite the “devastation” caused by global warming.  The World Council of Churches is calling on churches around the world to ring their bells 350 times during the Copenhagen climate change summit as a call to action on global warming.

Not only that, but some of the top environmental extremists associated with the U.N. actually want to equate the battle against global warming with religion.  According to a paper written two years ago to influence the future strategy of the United Nations Environmental Program, environmentalism should be considered to be on the same level with religion as it is “the only compelling, value-based narrative available to humanity.”

But nobody is doing more to equate global warming with religion than Al Gore is.  Already dubbed “the eco-prophet” by environmental extremists, Al Gore is stressing the “spiritual side” of climate change in his new book.

In fact, Gore has developed specific environmental training programs for each of the major world religions.

Newsweek quotes Gore as saying the following regarding these training programs…..

The truth is that belief in global warming is quickly becoming a global religious movement.  Those without blind faith need not apply.  A global treaty is about to be signed which will impose strict regulations on the lives of every man, woman and child on the planet to fight a threat which the science says simply is not there.  To question this insanity is to risk being branded as a heretic by the environmental extremists that control the United Nations and most of the governments around the world.

The fight against global warming is now part of the official orthodoxy of the 21st century.  To question it is to question the very world system that we are all a part of.  The global elite intends to use this belief system to impose tyrannical regulations on the entire planet all in the name of saving the earth.

If you plan on speaking up about this you better do so while there is still time. 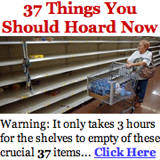