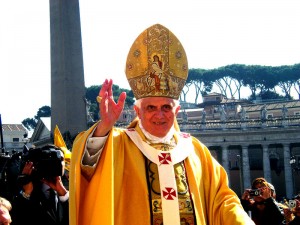 The shocking resignation of Pope Benedict XVI has turned the eyes of the world to a 900 year old prophecy by St. Malachy known as “the Prophecy of the Popes”.  According to tradition, this prophecy was given to St. Malachy when he was summoned to Rome in 1139.  The prophecy is a list that gives a description of 112 popes, culminating with “Petrus Romanus” (Peter the Roman) who will be the final pope according to the prophecy.  So why are so many people taking this prophecy so seriously?  Well, as you will see below, it is because so many of the descriptions of the previous popes have turned out to be so accurate.  So what does the prophecy say is coming next?  Well, according to the prophecy Peter the Roman will rule during a period of great tribulation, and following that “the city of seven hills will be destroyed, and the terrible judge will judge his people”.  This seems to fit in very well with what the apostle John wrote in the book of Revelation nearly 2000 years ago.  In Revelation chapter 17, John is told that “the woman which thou sawest is that great city, which reigneth over the kings of the earth”, and that the seven heads that he saw in his vision “are seven mountains, on which the woman sitteth.”  Of course we all know that Rome is the city of seven hills, and that it ruled over the kings of the earth during the time that John wrote the book of Revelation.  Later on, in Revelation chapter 18, we read that “her plagues come in one day, death, and mourning, and famine; and she shall be utterly burned with fire: for strong is the Lord God who judgeth her.”  So are we rapidly approaching that time?  If the Prophecy of the Popes is accurate, it looks as though we may be.

It really did shake up the Catholic world when Pope Benedict XVI suddenly resigned.  He was the first pope in nearly 600 years to step down.  In fact, the last pope to resign was Pope Gregory XII all the way back in 1415.

Was someone trying to tell us something?

One thing is for sure – there will be a whole lot of attention given to the Prophecy of the Popes over the next few months.

It is important to note, however, that many scholars do have some doubts about the authenticity of the prophecy.  The following is from Wikipedia…

The list of alleged prophecies was first published in 1595 by Arnold de Wyon, a Benedictine historian, as part of his book Lignum Vitæ. Wyon attributed the list to Saint Malachy, the 12th‑century bishop of Armagh in Ireland.

According to the traditional account, Malachy was summoned to Rome in 1139 by Pope Innocent II. While in Rome, Malachy purportedly experienced a vision of future popes, which he recorded as a sequence of cryptic phrases. This manuscript was then deposited in the Roman Archive, and thereafter forgotten about until its rediscovery in 1590.

Saint Bernard of Clairvaux‘s biography of Malachy makes no mention of the prophecy, nor is it mentioned in any record prior to its 1595 publication.

But whether the Prophecy of the Popes is correctly attributed to St. Malachy or not, it is still remarkable how accurate the list has been over the centuries.  The following examples come from a recent MarketWatch article…

For instance, John Paul I is listed as “de medietate lunae,” meaning “of the middle of the moon.” Modern interpreters say this predicted that John Paul I’s reign would begin during a half-moon and last just one month, which it did.

His successor, John Paul II, is described by St. Malachy as “de labore solis” or “of the sun’s labor,” supposedly because he was born during a solar eclipse.

Benedict XVI, who announced his resignation Monday, is “gloria olivae” or “glory of the olive,” allegedly because his name “Benedict” is taken from St. Benedict, whose monastic order uses the olive branch as a symbol.

#194 Pope Nicholas IV (1288-1292) Prophecy – Ex eremo celsus (elevated from a hermit). Prior to his election he was a hermit in the monastery of Pouilles

According to the prophecy, Pope Benedict XVI was the next to last pope.

That means that the final pope comes next.

So what should we expect?

Well, the following is what the prophecy says about the last pope…

“In the extreme persecution of the Holy Roman Church, there will sit Peter the Roman, who will pasture his sheep in many tribulations: and when these things are finished, the city of seven hills will be destroyed, and the terrible judge will judge his people.  The End.”

So are there any potential candidates that could potentially fit the bill as “Peter the Roman”?

Well, the name of Cardinal Peter Kodwo Appiah Turkson of Ghana is already being widely floated.  In fact, the Daily Mail is describing him as “a front-runner to become the first black Pope.”

According to Dr. Jerome Corsi, author Tom Horn has identified another candidate that would seem to fit the prophecy very nicely…

Interestingly, a leading candidate is Cardinal Tarcisio Pietro Evasio Bertone, the Cardinal secretary of state, who was born in Romano, Italy. His name could, therefore, be rendered Peter the Roman.

It sure will be interesting to see how things play out over the next few months.

Many of you that are reading this may be skeptical about “prophecies”, but the truth is that prophecy has always been one of the ways that God self-authenticates Himself.

In other words, God tells us the end from the beginning and that is one of the ways that we know who the one true God is.

Now, if you are a hardcore atheist or you do not want to be confronted with solid evidence that the Christian faith is real, then you better stop reading now.  Because if you keep reading there is a good chance that your core beliefs will be shaken.

For example, just check out Psalm 22.

Psalm 22 begins with the following words…

My God, my God, why have you forsaken me?

Do those words sound like something you have heard before?

Of course they do.  Jesus said those words from the cross.

When he said those words, he wasn’t just saying them because He was in pain.  He was actually telling people to go look at Psalm 22.

And in Psalm 22, we find a graphic description of crucifixion.  Just check out what Psalm 22:16-18 says…

Dogs have surrounded me; a band of evil men has encircled me, they have pierced my hands and my feet. I can count all my bones; people stare and gloat over me. They divide my garments among them and cast lots for my clothing.

As I noted in an article I wrote a few years ago, this passage is essentially a first person account of being crucified on a cross.  Note the similarities between Psalm 22 and the crucifixion of Jesus…

1) Hands and feet pierced.
2) Surrounded by evil men.
3) People are staring and gloating.
4) He can count his bones which implies that He has been stripped down.
5) They divided His garments and cast lots for His clothing which is exactly what happened.

Psalm 22 was written about 1000 years before Jesus came, and at the time it was written crucifixion had not even been invented yet.  The following is from Wikipedia…

Crucifixion was used among the Seleucids, Carthaginians, and Romans from about the 6th century BC to the 4th century AD.

So while Jesus was hanging on the cross, he was pointing to a prophecy that had been written 1000 years earlier that spoke of Him dying in a way that had not even been invented yet.

Another amazing prophecy can be found in Isaiah chapter 53.  It was written about 700 years before the time of Jesus, and in that chapter we are told about a future Messiah who will come and die for our sins.

In fact, we are told seven different times in Isaiah 53 that the Messiah will pay the penalty for our sins…

Isaiah 53:4 – Surely he took up our infirmities and carried our sorrows

Isaiah 53:5 – But he was pierced for our transgressions, he was crushed for our iniquities; the punishment that brought us peace was upon him, and by his wounds we are healed.

Isaiah 53:8 – …for the transgression of my people he was stricken.

Isaiah 53:10 – Yet it was the LORD’s will to crush him and cause him to suffer, and though the LORD makes his life a guilt offering

Isaiah 53:12 – For he bore the sin of many, and made intercession for the transgressors.

In that chapter we are also told that the future Messiah would die, be assigned a grave with the wicked (Jesus was crucified with thieves), and be with the rich in His death (He was buried in a rich man’s tomb)…

Isaiah 53:9 – He was assigned a grave with the wicked, and with the rich in his death

Also, in verse eleven we are told that the Messiah would would be resurrected after the suffering of his soul…

Isaiah 53:11 – After the suffering of his soul, he will see the light of life and be satisfied

But of course all of that is just one giant coincidence, right?

And did you know that the Bible even tells us the year that Jesus would die?

In Daniel 9:24-27, we are told the amount of time that would pass from the order “to restore and rebuild Jerusalem” until the Messiah would come.  It also tells us that “the Anointed One will be put to death” and that it would happen before the temple was destroyed.

Well, the temple was destroyed in 70 A.D., so it had to have happened prior to that.

Only one man fits the bill – Jesus Christ.

You can find out much more about that amazing prophecy right here.

The Bible also has a ton of stuff to say about the times that we are currently living in.  If you are interested, just check out the book of Revelation, the book of Daniel, Matthew chapter 24, Mark chapter 13 and Luke chapter 21 for starters.

The Bible has hundreds of very specific prophecies that have been precisely fulfilled.

So I trust it.

Do you trust it?

In the end, everyone gets to make their own choices. 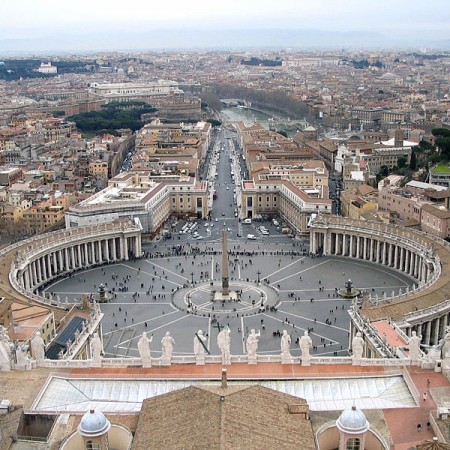