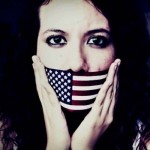 The Obama administration has big plans to “reshape” the way news is delivered in the United States.  The truth is that whenever the far left takes control in a nation, they simply cannot resist trying to manipulate and control the media.  Whether it is socialists (the Nazis for example) or whether it is communists (the old USSR for example), history has taught us that freedom of the press is always endangered whenever leftist radicals gain power.  Unfortunately, the far left has control of the White House and the U.S. Congress today, and they are getting ready to make their move.

Well, so what are their plans?

First of all, they want to prop up the liberal-dominated mainstream media and newspapers.

The Los Angeles Times is reporting that the Obama administration is conducting “a major internal study” intended to design a major government rescue plan for America’s newspapers.

So why not let newspapers that nobody wants to read anymore simply die?

Well, that is just not the “liberal” way.

After all, most of those newspapers constantly spew liberal propaganda.

So what are some of the proposals in this major internal study?

Well, according to the Los Angeles Times, the following proposals are being considered….

*Major changes to the copyright law, including government licensing provisions

Perhaps you read those proposals and you think that they are utter insanity.

Well, the truth is that we live in insane times.

Secondly, the Obama administration is looking for ways that they can get away with shutting down conservative and libertarian news outlets.

There have been a number of suggestions from officials in the Obama administration that the “Fairness Doctrine” should be resurrected in one form or another.

Implementing the “Fairness Doctrine”  would mean that conservative radio shows, television broadcasts and Internet sites would have to give “equal time” to liberal points of view.

Of course liberal sites and broadcasts would likely not see much enforcement against them since they would be considered to be so “balanced” and “reasonable” already.

But even if the “Fairness Doctrine” is not brought back to life, liberals are looking for many other ways to “regulate” what we see and hear.

In fact, a coalition of more than 30 far left organizations recently sent a letter to the FCC arguing that the Internet has made it harder for the public to separate “the facts” from “bigotry masquerading as news”.

Of course they define “bigotry” as anything that disagrees with Barack Obama.

The truth is that the liberals working for the Obama administration are evaluating what they can legally get away with in terms of media censorship.

The temptation is far too great for them to resist.

So we are likely to see an increasing number of attempts to “regulate” speech on the radio, television and Internet for the “good” of the American people.

Enjoy your freedom of speech while it lasts.