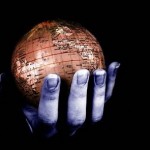 The people who brought you “The Great Swine Flu Scare Of 2009” now want to bring you “The Great Global Health Tax Of 2010”.  The World Health Organization is actually considering a plan to ask governments all over the globe to impose a global consumer tax on such things as Internet activity and everyday financial transactions like paying bills online.

Apparently the goal of such a plan would be to raise “tens of billions of dollars” which would then be used to “transfer” pharmaceutical research, development and manufacturing capabilities to the developing world.

Transfer them from where?

So let’s get this straight.

According to the WHO global tax plan, they want to do the following three things….

#1) Take away research, development and manufacturing jobs from us and give them to the developing world at a time when we can least afford it.

#2) Give much more money and power to the idiots who brought us the global swine flu scare of 2009.

The World Health Organization’s “Expert Working Group” is also thinking of asking wealthy nations such as the United States to set aside fixed portions of their gross domestic product to finance the shift in worldwide research and development.

No, we do not want a global tax.

No, we do not want to redistribute our wealth.

We’ve got a big enough debt problem right now without the WHO trying to dip their greedy little fingers into our pockets.

Thanks to Obama and the U.S. Congress we are already flat broke as a nation.

So does anyone think that it is a remotely good idea to give billions of extra U.S. tax dollars to the WHO?

But the truth is that some nations are already taxing their citizens for the benefit of the WHO.

A program known as UNITAID was started in 2006.  The goal of UNITAID is to battle HIV/AIDS, malaria and tuberculosis around the globe.  This program is financed by a “solidarity contribution” levy of anywhere from $1.20 to $58 on airline tickets.

The nations already imposing this tax include France, Brazil, Chile, Norway and the U.K.

Apparently it has already raised around a billion dollars, and the WHO says that more countries are getting involved.

The truth is that this is yet another reason why the United States needs to leave the United Nations.

Not try to get it to change.

The U.S. needs to pull out of the United Nations and never look back.

Otherwise, there are going to be relentless attempts to impose global taxes, global rules, global regulations and global mandates on the American people.

But we do not want global government.

We never have and we never will.

The Democrats are taxing us dry already.  Just how bad would things be if we let a bunch of global bureaucrats dig around in our pockets?