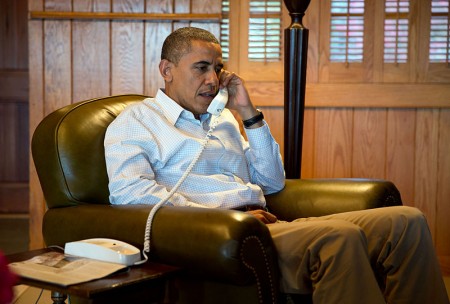 Why has the United States been bugging the offices of EU diplomats on both sides of the Atlantic?  European officials are absolutely seething with anger about reports that the NSA has been using “Cold War methods” to spy on EU diplomats.  Apparently the NSA had planted bugs in EU offices, had intercepted phone calls and emails from top EU officials, and had even tapped directly into the computer systems of “our friends”.  EU diplomatic offices in Washington D.C. and the EU’s mission to the United Nations in New York were two of the primary targets where this type of surveillance was employed.  Some EU politicians are so outraged by this behavior that they are threatening to derail sensitive trade negotiations that are currently taking place.  And of course it is perfectly understandable that they would be outraged.  The United States holds itself up as the great defender of liberty and freedom in the world, and yet we have been spying on our friends as much as we possibly can.  How in the world is the rest of the globe supposed to look at us as the “good guys” if we are openly admitting that we are going to intercept their phone calls, emails and all records of their Internet activity and keep that information forever?  This kind of hypocritical approach is going to cause us to lose even more friends and make even more enemies.  If we keep going down this road, will just about everyone in the rest of the world end up hating us?

It was Der Spiegel that broke the story about how the NSA has been specifically targeting EU diplomatic offices for surveillance.  The following is an excerpt from their original report which sent shockwaves all over Europe…

The document suggests that in addition to installing bugs in the building in downtown Washington, DC, the European Union representation’s computer network was also infiltrated. In this way, the Americans were able to access discussions in EU rooms as well as emails and internal documents on computers.

So far this story has only had a limited impact inside the United States, but over in Europe it has been an absolute bombshell.  European officials are angrier at the United States then we have seen in ages.  The following are quotes from prominent European politicians that were responding to the original Der Spiegel report…

European Parliament President Martin Schulz: “But if it is true, it is a huge scandal. That would mean a huge burden for relations between the EU and the US. We now demand comprehensive information.”

Luxembourg Foreign Minister Jean Asselborn: “The US justifies everything as being part of the fight against terrorism. But the EU and its diplomats are not terrorists. We need a guarantee from the very highest level that it stops immediately.”

German Justice Minister Sabine Leutheusser-Schnarrenberger: “It defies belief that our friends in the US see the Europeans as their enemies. There has to finally be an immediate and comprehensive explanation from the US as to whether media reports about completely unacceptable surveillance measures of the US in the EU are true or not. Comprehensive spying on Europeans by Americans cannot be allowed.”

Elmar Brok, chairman of the Foreign Affairs Committee in the European Parliament: “The spying has reached dimensions that I didn’t think were possible for a democratic country. Such behavior among allies is intolerable.”

Jan Philipp Albrecht, a Green Party representative in the European Parliament: “This is meltdown of the constitutional state.”

Manfred Weber, deputy head and security expert for the European People’s Party: “It is unacceptable when European diplomats and politicians are spied on in their day-to-day activities.”

European Commissioner for Justice, Fundamental Rights and Citizenship Viviane Reding: “We cannot negotiate over a big trans-Atlantic market if there is the slightest doubt that our partners are carrying out spying activities on the offices of our negotiators. The American authorities should eliminate such doubt swiftly.”

Markus Ferber, a member of the European Parliament: “A democratic constitutional state that uses Stasi methods sacrifices all credibility as a moral authority”

Some European newspapers are comparing what the NSA has been doing to the kind of espionage that took place during the Cold War, and one German editorial even made the following statement about Obama: “If Barack Obama is our friend then we really don’t need to be terribly worried about our enemies.”

But instead of apologizing, U.S. officials seem to be digging their heels in.

“Number one, the United States does conduct espionage. Number two, our Fourth Amendment, which protects Americans’ privacy, is not an international treaty. And number three, any European who wants to go out and rend their garments with regard to international espionage should look first and find out what their governments are doing.”

But why do we need to conduct espionage against our allies?

Doesn’t the U.S. government understand that this kind of behavior is alienating us from the rest of the world?

At the same time that all of this is being revealed, we are also learning even more about the stunning capabilities of NSA spying programs.  For example, the following is what Guardian journalist Glenn Greenwald told an audience over Skype on Friday…

Speaking to a raucous audience via Skype on Friday, Greenwald said the NSA’s “brand-new technology” gives it the power to “redirect into its own repositories one billion cell phone calls every single day.”

“But what we’re really talking about here is a globalized system that prevents any form of electronic communication from taking place without its being stored and monitored by the National Security Agency,” Greenwald said. “It doesn’t mean that they’re listening to every call; it means they’re storing every call and have the capability to listen to them at any time, and it does mean that they’re collecting millions upon millions upon millions of our phone and email records.”

Greenwald added that the NSA technology is “designed to destroy all privacy. And what’s incredibly menacing about it is that it’s all taking place in the dark with no accountability and virtually no safeguards.”

That is absolutely staggering.

And Greenwald is exactly right.  This kind of monitoring is designed to destroy all privacy.  The U.S. government has become absolutely obsessed with being able to watch, monitor and record everything that everyone in the world does.

But instead of making us safer, it is just convincing the rest of the planet that we really are “the bad guys”.

The United States simply cannot continue to engage in this kind of behavior and still be able to claim that it is the “defender of freedom and liberty”.

What the U.S. government desperately needs to do is to apologize and quit spying on our friends immediately.

But that is not going to happen, and the rest of the world is going to continue to get angrier and angrier with us.