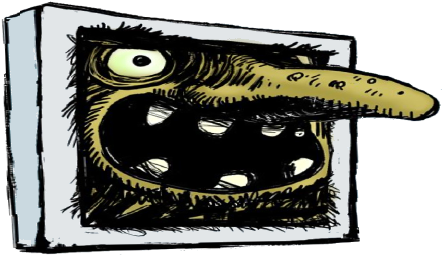 If the UN is given control of the Internet, that would be a massive step toward making the UN a true global government.  The Internet is the number one venue for free speech and freedom of expression on the planet today, and if the UN is given authority over the Internet it would only be a matter of time before free speech is severely cracked down on.  Of course it would not happen immediately.  At first, UN officials would likely mostly keep their promises of maintaining a “free and open Internet”.  But inevitably you would see them act to remove “terrorists” from the Internet, to crack down on “hate speech” and to repress any “politically incorrect” speech that is likely to insult anyone in any way.  If you were censored or banned from the Internet, you could scream about the 1st Amendment all you want, but the United Nations is not bound by the 1st Amendment.  The UN is not there to protect you or your freedoms.  If the UN becomes “the government of the Internet”, you can essentially kiss freedom of speech goodbye.  If you do not believe that this could ever happen, you might want to pay close attention to a UN conference that is being held over in Dubai starting on Monday.  It is called “the World Conference on International Telecommunications”, and it is scheduled to last for two weeks.  During this conference, Russia, China and a number of Islamic nations plan to make a hard push to have the Internet formally placed under the authority of the United Nations.  Right now, a non-profit organization that is based in California is primarily in charge of running the Internet.  The organization is known as ICANN (The Internet Corporation for Assigned Names and Numbers).  But now there is going to be a huge effort to take authority away from ICANN and give it to the United Nations.  China, Russia and a number of Islamic nations are arguing that the Internet is a global asset and that it should be governed by a global authority.  However, if the UN is given authority over the Internet, not only will they inevitably kill the “free and open Internet”, it will also be a huge leap for the UN toward becoming the government of the world.

Other nations participating in the conference want to tax the Internet and use it as a way to transfer money from the wealthy nations to the poor nations.  Fortunately, the United States does not have to go along with this treaty if it does not want to.  The treaty is entirely voluntary, and the U.S. could decide to opt out.

But is there anyone out there that is actually willing to trust that our politicians will do the right thing on this treaty or on any other major issue?

Even if the U.S. did opt out, we could see a “Balkanization of the Internet” in which the “U.S. Internet” is largely cut off from the “UN Internet” that most of the rest of the world is using.

So even though this conference over in Dubai is not getting a lot of attention in the mainstream media, the stakes are huge.

Even Google is concerned.  Google is asking users to sign a petition supporting the free and open Internet…

“A free and open world depends on a free and open Internet. Governments alone, working behind closed doors, should not direct its future. The billions of people around the globe who use the Internet should have a voice.”

Fortunately, at least some of our politicians are aware of what is going on.  Once in a while, one of our lawmakers says something that is right on the money.  This was true of U.S. Representative Greg Walden the other day…

“The ability of the Internet to grow is due largely to the flexibility of the multi-stakeholder approach that governs the Internet today,” said Rep. Greg Walden (R-Ore.). Government intervention would not only harm the Web but “endanger the global economy and freedom on a much larger scale,” he said.

But the way that the Internet works now does not work for repressive governments such as China and Russia.  Repressive regimes don’t do well when there is freedom of speech and freedom of expression.  There are a lot of nations out there that would love to use the UN as a tool to crack down on speech that they do not like.

And we have certainly seen repressive governments crack down on Internet speech in recent years.  All over the world average citizens are getting into trouble for exercising free speech on the Internet.  A recent CBC article included some recent examples…

Last month in Iran, four people were arrested for posting messages on Facebook that were deemed insulting to officials. Four Kuwaitis were jailed for purportedly using Twitter to criticize the country’s ruler earlier in November. And in the most publicized recent case, two women in Mumbai were arrested for posting and “liking” a comment on Facebook admonishing supporters of late nationalist Hindu politician Bal Thackeray.

Can you imagine how bad things would get if the UN developed a global “Internet speech policy”?

Already the UN is expressing concern about how “terrorists” are able to use the Internet to “spread propaganda”.  The following is from a recent article by Kurt Nimmo…

Terrorists are exploiting Facebook, Twitter, YouTube, and Dropbox, to spread “propaganda” and open Wi-Fi networks in airports and libraries pose a threat to national security and enable “perpetrators,” according to “The Use of the Internet for Terrorist Purposes,” a PDF released at a conference in Vienna held by the UN Office on Drugs and Crime (UNODC).

The globalist organization claims terrorists are running rampant on the internet and leveraging social networks because there “is the lack of an internationally agreed framework for retention of data held by ISPs,” particularly in the United States.

The United Nations report was produced in collaboration with the United Nations Counter-Terrorism Implementation Task Force. Members include the World Bank, Interpol, the World Health Organization, and the International Monetary Fund.

This may sound harmless to you, but what if they decide that you are a “terrorist” if you oppose the United Nations?  How would you feel if you were permanently banned from the Internet and thrown in jail for writing a blog post about how evil the United Nations is?

Are you starting to get an idea of how this kind of power could be horribly abused?

Even now we are seeing law enforcement authorities all over the world enforce the “rules of the Internet” in an iron-fisted manner.  For example, according to NBC News a 10-year-old girl in Finland recently had her laptop confiscated by authorities for simply trying to download one single album…

Last year, 9-year-old Julietta came across a torrent on The Pirate Bay after searching on Google for Finnish pop star Chisu’s latest album. The download failed to work, and she and her father went and bought the album together shortly afterwards. Unbeknownst to them, Finland’s Copyright Information and Anti-Piracy Centre (known as CIAPC, as well as its Finnish acronym, TTVK) had already taken notice.

Last Tuesday morning, he found a pair of Finnish police officers standing at his doorstep.

The police presented a search warrant, entered, and identified the now 10-year-old girl’s Winnie the Pooh-decorated laptop as the object of their search, and confiscated it.

If you think that is bad, then you definitely would not want the UN implementing and enforcing global Internet laws.

You see, the United States is one of the only nations on the face of the earth that still guarantees freedom of speech.  Of course that freedom of speech is now greatly limited and is being eroded with each passing day, but in most other nations things are even worse.

As I have noted previously, in the UK it is now against the law to insult someone with your speech.  Many other nations have similar restrictions on freedom of speech.

So what would you do if the UN started implementing “global speech codes” for the entire Internet?

How would you fight back?

Are you starting to get an idea of how dangerous all of this could potentially be?

A free and open Internet is one of the greatest assets that we have.  It has enabled regular people to communicate with each other on a massive scale unlike anything we have ever seen before in human history.

In the years ahead there are going to be constant efforts to restrict our ability to communicate with one another on the Internet.  It is imperative that we oppose those efforts.

Please share this article with as many people as you can.  The free and open Internet is under attack, and we must speak up while we still can.