On May 1st, protest marches were held in major cities all across America.  In many instances, union workers marched arm in arm with radical communists.  You see, the truth is that “May Day” is very important to communists, and they were out in full force to support their cause.  But instead of shunning the communists, liberal activists greeted “their brothers and sisters” with open arms.  The photos posted below are from a “May Day” march in California that were recently emailed to me by a friend.  They are incredibly disturbing.  They show workers from various unions such as the SEIU marching arm in arm with members of the communist party.  Remember, the SEIU contributed nearly $28 million to Obama’s campaign in 2008.  That made the SEIU “the organization that spent the most to help Barack Obama get elected president.”  So the SEIU is very close to Obama.  And to see Obama supporters marching in “solidarity” with their communist comrades in California is very disturbing.

The following are the photos that were emailed to me.  Try not to get too sick as you look at them.

This young lady is encouraging American workers to “fight for communism”…. 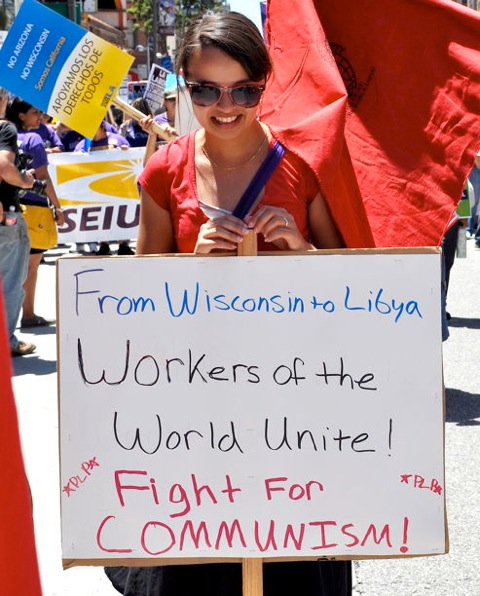 This man believes that the time has come to “smash capitalism”.  Also notice the SEIU banner in the background…. 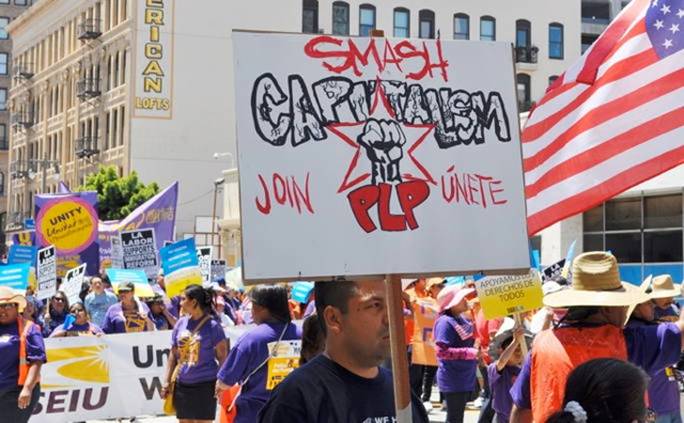 In this photo, we see the banner of the communist party USA prominently displayed…. 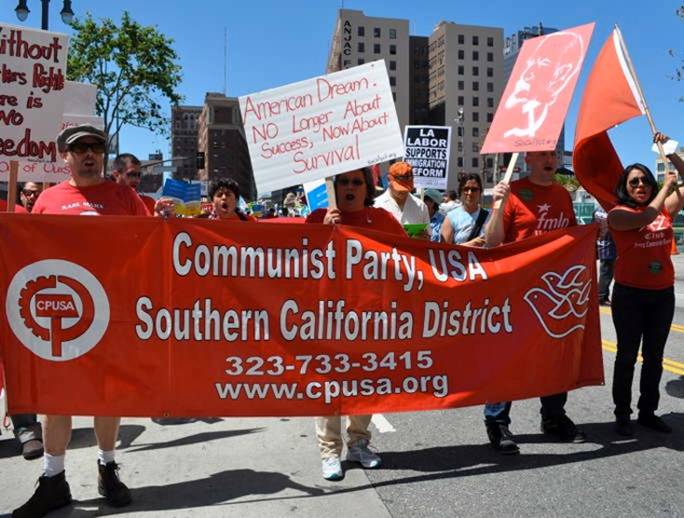 During the march, SEIU banners were displayed proudly right along with the red flags of communism…. 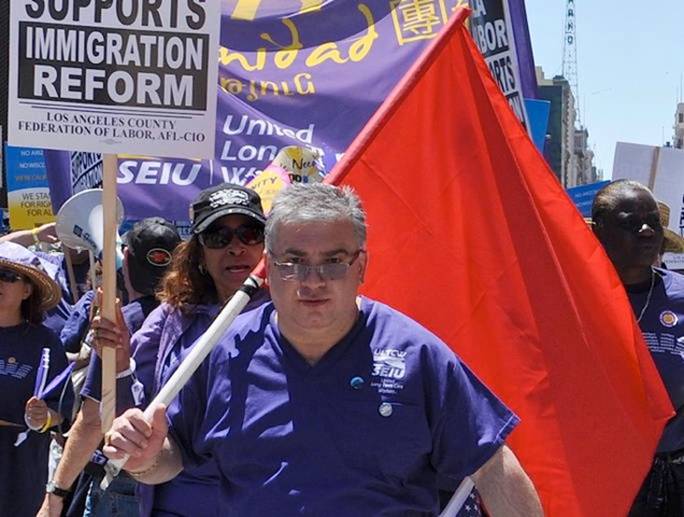 Pro-illegal immigration protesters were also welcomed by the SEIU marchers…. 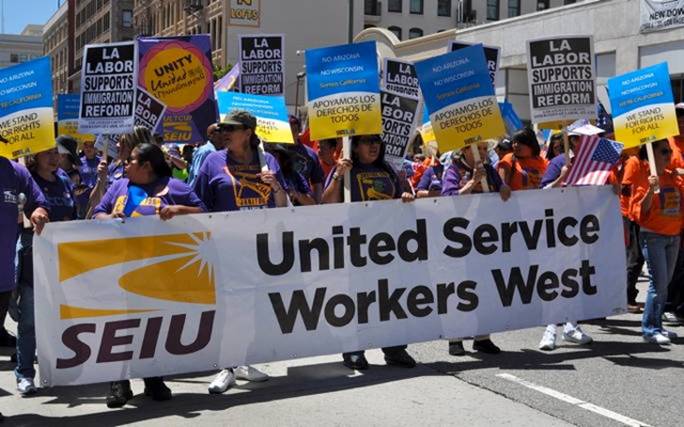 One communist even openly displayed a sign bearing the likeness of Lenin…. 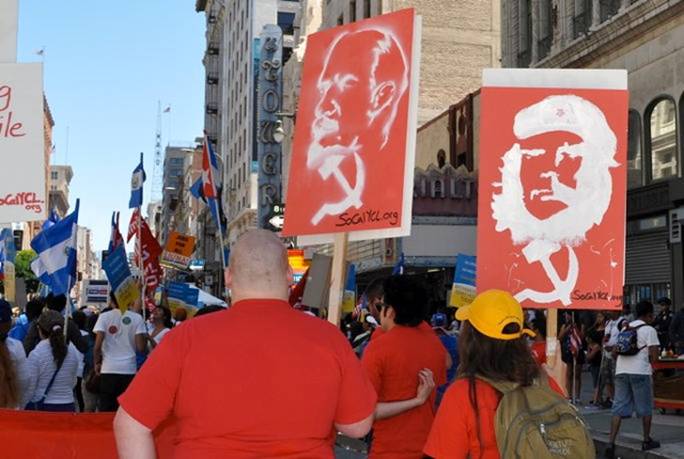 Of course hatred for the Tea Party was a huge theme…. 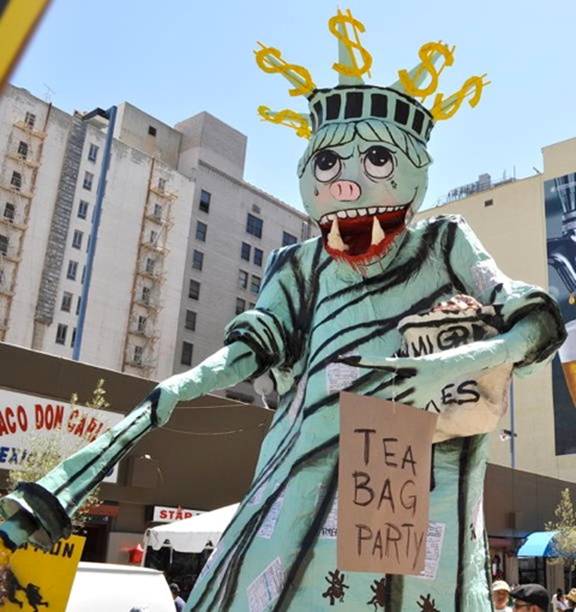 Apparently they were not fond of Sheriff Joe Arpaio either…. 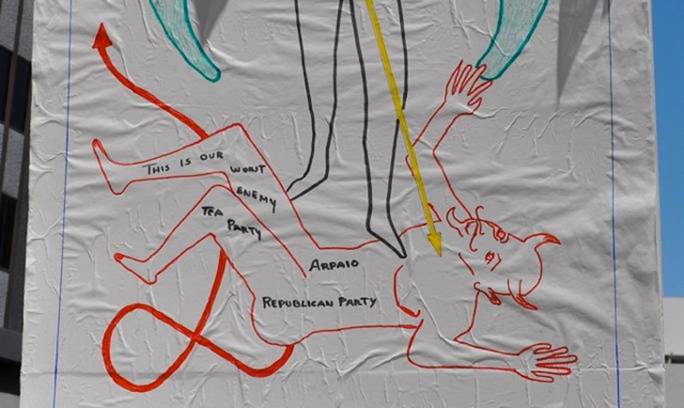 Do you ever think you would have seen something like this back in the 1950s or 1960s in America?…. 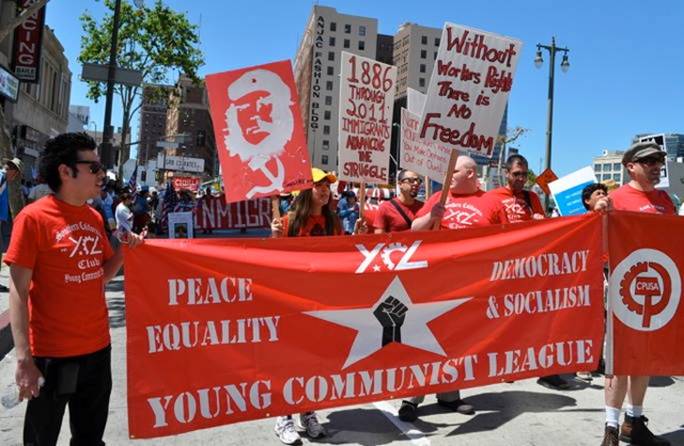 We need to let America know the truth about these Obama supporters.  They plan to “mobilize the masses for communism” and turn America into a very different place….

Unfortunately, large numbers of Americans are getting swept up in movement such as “Occupy Wall Street” without understanding what is really going on.

The communist movement in America is gaining numbers and influence.  As the economy falls apart, even more Americans will rally to their cause.

Eventually, these radicals will not be content with just marching in the streets.  At some point many of them will decide to take more direct action.

Please share this with as many people as you can.  We need to wake people up to what is happening.