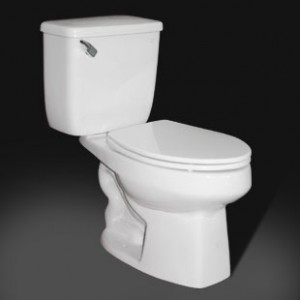 I wish I had some good news for you.  But I don’t.  The U.S. health care system is a complete and total disaster and it is going to get a lot worse in the years ahead.  Even before Obamacare it was projected that we were going to be facing a shortage of more than 100,000 doctors by the year 2025, and now hundreds of thousands more doctors are thinking of leaving the profession because of Obamacare.  Also thanks to Obamacare, health care costs and health insurance premiums are rising faster than ever and yet the level of care continues to decline.  Our health care system is now totally dominated by government bureaucrats, health insurance companies and pharmaceutical corporations.  The truth is that the entire industry has become a giant money making scam, and the American people are being squeezed for every last penny.  We spend far more for health care than anyone else in the world, and the results are pathetic at best.

The following are 11 signs that the U.S. health care system is heading straight down the toilet….

The U.S. health care system is facing a critical shortage of doctors in the years ahead.

Even without considering the effects of Obamacare, the United States was going to be facing a shortage of at least 130,000 doctors by 2025.

But now Obamacare is going to make this far worse.

According to a survey conducted by the Doctor Patient Medical Association, 83 percent of all doctors in the United States have considered quitting the profession because of Obamacare.

#2 Longer Waits To See A Doctor

When there are not enough doctors, people are going to have to wait much longer to see one.

If you want to see what Obamacare is going to do on a national basis, just check out what happened once Romneycare was implemented in Massachusetts….

In fact, we have already seen the start of this process in Massachusetts, where Mitt Romney’s health care reforms were nearly identical to President Obama’s. Romney’s reforms increased the demand for health care but did nothing to expand the supply of physicians. In fact, by cracking down on insurance premiums, Massachusetts pushed insurers to reduce their payments to providers, making it less worthwhile for doctors to expand their practices. As a result, the average wait to get an appointment with a doctor grew from 33 days to over 55 days.

Americans spend far more on health care than anyone else does.

In fact, what Americans spent on health care in 2009 was greater than the entire GDP of Great Britain.

So we definitely spend enough, but that spending is projected to absolutely skyrocket in future years.

The United States spent 2.47 trillion dollars on health care in 2009.

It is being projected that the U.S. will spend 4.5 trillion dollars on health care in 2019.

And things are going to continue to get even worse thanks to Obamacare.

Once again, we can get an idea of what Obamacare will do to our health care costs by taking a look at what Romneycare has done in Massachusetts….

Health costs—Medicaid, RomneyCare’s subsidies, public-employee compensation—will consume some 54% of the state budget in 2012, up from about 24% in 2001. Over the same period state health spending in real terms has jumped by 59%, while education has fallen 15%, police and firemen by 11% and roads and bridges by 23%.

Meanwhile, Massachusetts spends more per capita on health care than any other state and therefore more than anywhere else in the industrialized world. Costs are 27% higher than the U.S. average, 15% higher when adjusted for the state’s higher wages and its concentration of academic medical centers and specialists.

A lot of money that is spent on health care in America is spent in very inefficient ways.

For example, health insurance administration expenses account for 8 percent of all health care costs in the United States.

In Finland, that figure is just 2 percent.

According to one doctor interviewed by Fox News, “a gunshot wound to the head, chest or abdomen” will cost $13,000 at his hospital the moment the victim comes in the door, and then there will be significant additional charges depending on how bad the wound is.

Something needs to be done, because this is totally out of control.

According to the Bureau of Economic Analysis, health care costs accounted for just 9.5% of all personal consumption back in 1980.

In fact, I just got a notice in the mail that my health insurance premiums are going up.

Over the past decade, health insurance premiums have risen three times faster than wages have in the United States.

It is getting to the point where most families can barely even afford to have health insurance.

But even if you do have health insurance that does not mean that you are going to be able to avoid medical debt.

Health insurance companies write their policies so that they cover as little as possible, and they are constantly trying to weasel out of paying claims.

So a large percentage of Americans have ended up with huge medical debts even if they did have health insurance that was supposed to protect them.

One study found that approximately 41 percent of all working age Americans either have medical bill problems or are currently paying off medical debt.

And as mentioned earlier, a lot of those people actually did have health insurance.  According to a report published in The American Journal of Medicine, medical bills are a major factor in more than 60 percent of the personal bankruptcies in the United States.  Of those bankruptcies that were caused by medical bills, approximately 75 percent of them involved individuals that actually did have health insurance.

Small businesses all over the United States are going to be absolutely crushed by Obamacare.

A lot of them simply are not going to be able to afford to provide expensive health insurance coverage for their employees.

According to one recent survey, approximately 10 percent of all employers in the United States plan to drop health coverage when key provisions of the new health care law kick in less than two years from now.

Others are just going to pass it on to their customers.

Papa John’s founder and CEO John Schnatter says that Obamacare will add 11 to 14 cents to the price of each pizza.

#7 The Health Insurance Companies Are Rolling In Cash

So who does our health care system benefit?

Well, the health insurance companies seem to be doing quite well.

According to a report by Health Care for America Now, America’s five biggest for-profit health insurance companies ended 2009 with a combined profit of $12.2 billion.

And of course the top executives at those firms have no problem with bringing home tens of millions of dollars each year.

In fact, the top executives at the five largest for-profit health insurance companies in the United States combined to receive nearly $200 million in total compensation for 2009.

The big pharmaceutical corporations also do very, very well in our current system.

-In 2010, the average teen in the U.S. was taking 1.2 central nervous system drugs.  Those are the kinds of drugs which treat conditions such as ADHD and depression.

-Children in the United States are three times more likely to be prescribed antidepressants than children in Europe are.

-There were more than two dozen pharmaceutical companies that made over a billion dollars in profits during 2008.

But of course we don’t hear much about how dangerous many of these drugs can be.  According to the CDC, approximately three quarters of a million people a year are rushed to emergency rooms in the United States because of adverse reactions to pharmaceutical drugs.

#9 Medicare And Medicaid Are Out Of Control

The U.S. government is absolutely drowning in debt, and Medicare and Medicaid are going to make our debt crisis a lot worse in future years.

As if the U.S. government was not facing enough of a problem with entitlement spending, it is being projected that Obamacare will add 16 million more Americans to the Medicaid rolls.

Will we all eventually end up dependent on the government for health care?

It has been estimated that the federal government will account for more than 50 percent of all health care spending in the United States in 2012.

In future years that is projected to go even higher.

#10 The IRS Will Now Be Our Health Care System Enforcers

If all of the above wasn’t bad enough, Obamacare actually makes the IRS the new “enforcers” of our health care laws.

Approximately 16,000 new IRS agents will be hired to help oversee the implementation of Obamacare, and the Obama administration has given the IRS 500 million extra dollars “outside the normal appropriations process” to help the IRS with their new duties.

#11 The Results Are Pathetic

Since we spend more than anyone else and since we have the most complex health care system in the world, shouldn’t we be getting the best results?

Unfortunately, that is not how things have worked out.

-According to a report released in 2010, Americans spend approximately twice as much as residents of other developed countries do on health care.

-If the U.S. health care system was a country, it would be the 6th largest economy in the entire world.

-According to OECD statistics, Americans are twice as obese as Canadians are.

-Greece has twice as many hospital beds per person as the United States does.

-According to the American Medical Association, 290 Americans are killed by prescription drugs every single day.

Now can you understand why I am saying that the U.S. health care system is heading straight down the toilet?

Posted below is a video that explains why you are 6200% more likely to be killed by your doctor than by a criminal on the street.  I think that you will find this to be quite shocking….

So how are we all supposed to respond to this information?

The following is some advice from a doctor named Robert S. Dotson….

Avoid contact with the existing health care system as far as possible. Yes, emergencies arise that require the help of physicians, but by and large one can learn to care for one’s own minor issues. Though it is flawed, the internet has been an information leveler for the masses and permits each person to be his or her own physician to a large degree. Take advantage of it! Educate yourself about your own body and learn to fuel and maintain it as you would an expensive auto or a pet poodle. One does not need a medical degree to:

1. avoid excessive use of tobacco or alcohol or, for that matter, caffeine;
2. avoid poisons like fluoride, aspartame, high fructose corn syrup, and addictive drugs (legal or illicit);
3. avoid unnecessary and potentially lethal imaging studies (TSA’s radiation pornbooths, excessive mammography, repetitive CT scans – exposure to all significantly increases cancer risk);
4. avoid excessive cell phone use and exposure to other forms of EMR pollution where possible (the NSA is recording everything you say and text anyway);
5. avoid daily fast food use and abuse (remember: pink slime and silicone) ;
6. avoid untested GM foods (do you really want to become “Roundup Ready?”):
7. avoid most vaccinations and pharmaceutical agents promoted by the establishment;
8. avoid risky behaviors (and, we do not need a bunch of Nanny State bureaucrats to define and police these);
9. exercise moderately;
10. get plenty of sleep;
11. drink plenty of good quality water (buy a decent water filter to remove fluoride, chloride, and heavy metals);
12. wear protective gear at work and play where appropriate (helmets, eye-shields, knee and elbow pads, etc.):
13. seek out locally-grown, whole, organic foods and support your local food producers;
14. take appropriate nutritional supplements (multi-vitamins, Vitamin C, Vitamin D3);
15. switch off the TV and the mainstream media it represents;
16. educate yourself while you can; 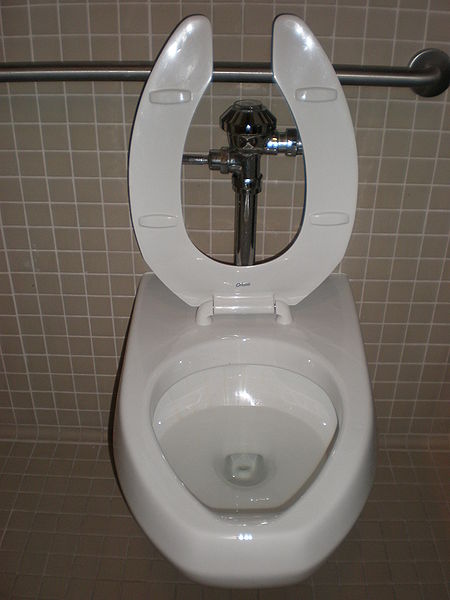