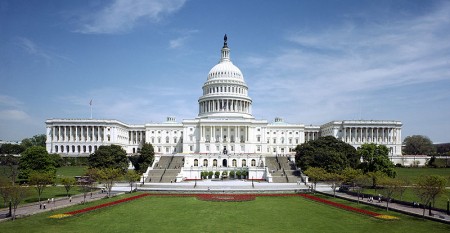 Once upon a time, working for the federal government was considered to be a sacrifice and it often involved a significant reduction in pay.  Millions of Americans felt that serving their country and making a difference more than made up for the reduced wages that they would receive.  Unfortunately, those days are long gone.  Today, the federal government is the place to go if you want a cushy, high paying job with tons of benefits.  It is incredibly hard to be fired from a federal job, and if you stick around long enough you will be guaranteed a huge pension for the rest of your life.  The laziness at some federal agencies is absolutely legendary.  Trust me, I used to work in Washington D.C. and I have seen the mindset firsthand.  Some federal buildings are absolute ghost towns at 5:01 PM.  Hordes of federal workers are just putting in their time, collecting their fat paychecks and counting down the days until retirement.  And members of Congress are some of the worst offenders when it comes to milking the American people.  Yes, members of Congress have fat salaries and enormous pensions, but it is the host of “funds” and “expense accounts” that they have access to where the worst abuse takes place.  For example, did you know that more than $33,000 was spent in 2010 on the hair care needs of U.S. Senators?  That comes to more than $300 per Senator.  The truth is that most members of Congress and most federal employees don’t really care that other Americans are absolutely breaking their backs to pay the taxes that fund this system.  Most of them enjoy milking the American people and most of them have absolutely no intention of changing the system that has been so incredibly good to them.

There is a reason why median household income is higher in the Washington D.C. area than anywhere else in the nation.  The U.S. government is the goose that just keeps laying golden eggs.  Over the past 40 years there has been an incredible economic boom in the areas of Virginia and Maryland bordering our capital.  But it is not because those areas have added value to our economy.  Rather, it is because the federal government has been sucking the lifeblood out of the rest of the country and has been showering it on millions of parasites that are living the high life at our expense.

Nobody is saying that we should shut the government down.  All societies need government.  However, the cold, hard truth is that our bloated federal government has gotten wildly out of control.

We desperately need to change course, because our federal government has become a deeply corrupt monster that just keeps getting larger and larger no matter which political party is in control.

The following are 16 sickening facts that show how members of Congress and federal workers are living the high life at your expense….

#3 If you can believe it, there are 77,000 federal workers that make more than the governors of their own states do.

#9 During 2010, the average federal employee in the Washington D.C. area received total compensation worth more than $126,000.

#10 During 2010, compensation for federal employees came to a grand total of approximately 447 billion dollars.

#11 According to the Heritage Foundation, federal workers on average make 30 to 40 percent more money than their counterparts in the private sector.

#13 If you are a federal worker, you are 13 times more likely to die of natural causes than you are to get laid off by the federal government.

#14 Insider trading is 100% legal for members of Congress, and they refuse to pass a law that would change that.

#15 At this point, more than half of those “serving the American people” in Congress are millionaires.

Meanwhile, much of the rest of the nation is deeply suffering.

As I have written about previously, 77 percent of all Americans are now living paycheck to paycheck at least part of the time, and a whole host of statistics show that the middle class in America is in a deep state of decline.

Median household income has declined by 8.1 percent since the year 2000, and 14 million more Americans have been added to the food stamp rolls since Barack Obama became president.

It is not right for members of Congress and federal employees to be living the high life while the rest of the country is experiencing tremendous economic pain.

What makes all of this even worse is that the U.S. national debt has now reached the 16 trillion dollar level.

If we could pay for all of this wild government spending that would be one thing, but the truth is that the U.S. national debt is now more than 22 times larger than it was when Jimmy Carter became president.

We cannot afford this kind of spending.

We need to totally change the culture in Washington.

We need a government that is lean and efficient and that is full of people that have a passion for serving the public.

So do you think that we will ever get there?