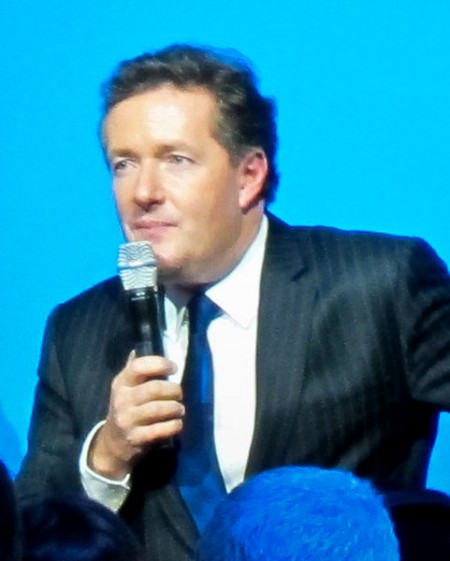 Piers Morgan is getting on television every night and flat out lying to the American people about gun control.  Nearly every statistic that he quotes is inaccurate and he fails to acknowledge a whole host of statistics that would instantly invalidate the arguments that he is trying to make.  Yes, the UK has a lower gun murder rate than the United States does, but what Piers Morgan fails to tell you is that the overall rate of violent crime in the UK is about 4 times higher than it is in the United States.  A woman in the UK is not allowed pull out a gun to protect herself against a gang of potential rapists.  So perhaps that explains why the UK has about 125 percent more rape victims per 100,000 people than the United States does.  While UK newspapers are declaring that the UK has become the “violent crime capital of Europe”, crime rates in the United States have actually fallen dramatically over the past 20 years.  This was also a time period during which gun laws became much less restrictive in the United States.  Today, murder rates in the U.S. are generally far higher in cities that have very strict gun control laws (such as Chicago) than they are for the general population.  The cold, hard numbers make it clear that when there are more guns there is less crime, but hardcore leftists such as Piers Morgan are absolutely obsessed with gun control and Morgan continues to relentlessly attack the 2nd Amendment night after night.  We need to start pointing out that he is not telling the truth.

#1 The UK has approximately 125 percent more rape victims per 100,000 people each year than the United States does.

#2 The UK has approximately 133 percent more assault victims per 100,000 people each year than the United States does.

#6 The city of Chicago has some of the strictest gun laws in the United States.  So has this reduced crime?  Of course not.  As I wrote about the other day, the murder rate in Chicago was about 17 percent higher in 2012 than it was in 2011, and Chicago is now considered to be “the deadliest global city“.  If you can believe it, there were about as many murders in Chicago during 2012 as there was in the entire nation of Japan.

#7 After the city of Kennesaw, Georgia passed a law requiring every home to have a gun, the crime rate dropped by more than 50 percent over the course of the next 23 years.

#8 Approximately 200,000 women in the United States use guns to protect themselves against sexual crime every single year.

#9 Overall, guns in the United States are used 80 times more often to prevent crime than they are to take lives.

#10 Only about 3.5 percent of the gun murders in the United States are caused by rifles.

#11 According to Gallup, an all-time record 74 percent of all Americans are against a total handgun ban in the United States.

#13 When Piers Morgan claims that there are only 35 gun murders in the UK per year, he isn’t exactly being accurate.  According to official statistics, there were 59 gun murders in the UK in 2011.  It is also important to keep in mind that gun crime was already super low even before the gun ban in the UK was instituted, and that a 2009 article in The Telegraph declared that gun crime had doubled over the past decade even though it is widely acknowledged that crime statistics in the UK are massively underreported.

#14 The UK has the fourth highest burglary rate in the EU.

#15 The UK has the second highest overall crime rate in the EU.

#16 A 2009 article in The Telegraph had this stunning headline: “UK is violent crime capital of Europe“.

#17 Despite the very strict ban on guns in the UK, the truth is that the UK is a far more violent society than the United States is.  In one recent year, there were 2,034 violent crimes per 100,000 people in the UK.  In the United States, there were only 466 violent crimes per 100,000 people during that same year.  Do we really want to be more like the UK?

#18 According to Gun Owners of America, the governments of the world slaughtered more than 170 million of their own people during the 20th century.  The vast majority of those people had been disarmed by their own governments prior to being slaughtered.

But you won’t hear many of these statistics on the mainstream news, will you?

In fact, right now there seems to be some sort of a nationwide backlash against gun advocates.  A few high profile gun advocates have even ended up dead in recent days.

For example, self-described “gun nut” Keith Ratliff, the owner of the ninth most popular channel on YouTube, was found dead at his business on January 3rd…

Keith Ratliff, 32, was a channel producer for FPSRussia firearms channel, an account with more than 3 million subscribers that features videos of a man testing a variety of guns.

Ratliff was found shot in the head at his business on Jan. 3, and while police don’t have a motive, they have classified his death as a homicide, FoxNews.com reported Wednesday.

Not only that, one of the most prominent rifle manufacturers in America was killed in a “mysterious car crash” on January 4th.  The following is from a recent article by Mike Adams…

John Noveske is one of the most celebrated battle rifle manufacturers in America. His rifles, found at www.NoveskeRifleworks.com are widely recognized as some of the finest pieces of American-made hardware ever created. (I own one of his rifles, and it’s a masterpiece of a machine that just keeps on running.) Sadly, John Noveske was killed in a mysterious car crash just a few days ago, on January 4, 2013.

According to the Outdoor Wire, his car “traveled across the oncoming lane onto the dirt highway shoulder until it struck two large boulders. The vehicle rolled and Mr. Noveske was ejected.”

But barely a week before this incident, John Noveske posted a lengthy, detailed post on Facebook that listed all the school shootings tied to psychiatric drugs. At the end of the post, he asked, “What drugs was Adam Peter Lanza on?”

So are these two incidents just coincidences, or is some sort of a pattern emerging?

Meanwhile, radical leftists are introducing gun grabbing legislation in legislatures all over the United States.

On the federal level, Barack Obama is developing plans to bypass Congress and use executive orders to implement his gun control agenda.

There seems to be an all-out attempt to bring strict gun control to the United States.  It is going to be very important to get the facts out and show people that reducing the number of guns is not going to make us all safer.

Please share this article with as many people as you can.  Hopefully this list of facts will help to change some minds.