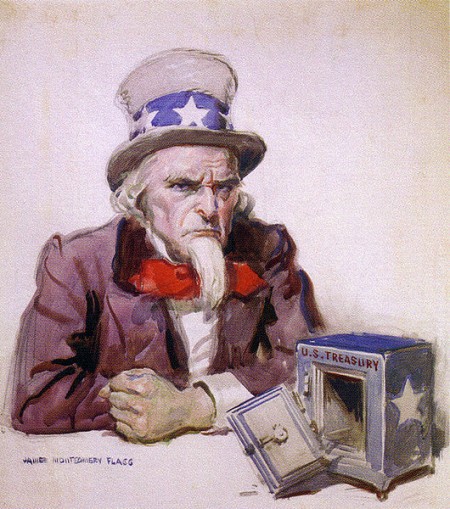 Government dependence in the United States has reached a level never seen before.  50 years ago, the federal government handed out about 10 cents for every dollar that American workers earned.  Now, the federal government hands out about 35 cents for every dollar that American workers earn.  Yes, there are always poor people that cannot take care of themselves.  We never want to see a single American going hungry or sleeping in the streets.  But we are rapidly approaching the point where so many people are jumping on to the “safety net” that it is going to break.  If you can believe it, more than 100 million Americans are enrolled in at least one welfare program, and more than 70 percent of all spending by the federal government goes to “dependence-creating programs”.  If we really are “the greatest economy on earth”, then why is the number of people dependent on the government absolutely exploding?  Of course the truth is that all of this just shows that we are in the midst of a long-term economic decline that is rapidly accelerating.  Our economy simply does not produce enough jobs anymore, and there are a whole lot of people out there that are really suffering.

It is good to want to help all of the people that are hurting, but the reality is that we are spending far more money than we can afford to.  We have been borrowing (stealing) more than 100 million dollars from our children and our grandchildren every single hour of every single day to pay for all of this.  Our national debt is rapidly approaching 17 trillion dollars, and if future generations get the chance, they will look back and curse us for handing such a mountain of debt down to them.

It is absolutely criminal what we are doing to future generations.  But we cannot help ourselves.  We are like the 400 pound union executive in New York that takes long naps at his desk every afternoon.  We know that what we are doing is not right, but we cannot help ourselves.  For much more on the horror of our national debt, please see my previous article entitled “55 Facts About The Debt And U.S. Government Finances That Every American Voter Should Know“.

So what should we do?  We certainly don’t want millions of Americans to go without food or a place to sleep, and yet the number of Americans that need government assistance just continues to grow.  Of course the ultimate solution would be to provide a job for all of those people, but our economy is falling apart.  Unless a miracle happens, the U.S. economy will never produce enough jobs ever again.  As our economy continues to crumble, dependence on the government is likely going to continue to rise.

3. Overall, more than 70 percent of all federal spending goes to “dependence-creating programs”.

4. According to the Survey of Income and Program Participation conducted by the U.S. Census, well over 100 million Americans are enrolled in at least one welfare program run by the federal government.  Sadly, that figure does not even include Social Security or Medicare.

5. Today, the federal government runs about 80 different “means-tested welfare programs”, and almost all of those programs have experienced substantial growth in recent years.

6. The number of Americans on Social Security disability now exceeds the entire population of the state of Virginia.

7. If the number of Americans on Social Security disability were gathered into a separate state, it would be the 8th largest state in the country.

9. Right now, there are approximately 56 million Americans collecting Social Security benefits.  By 2035, that number is projected to soar to an astounding 91 million.

10. Overall, the Social Security system is facing a 134 trillion dollar shortfall over the next 75 years.

11. The number of Americans on food stamps has grown from 17 million in the year 2000 to more than 47 million today.

13. Today, the number of Americans on food stamps exceeds the entire population of the nation of Spain.

15. According to a report from the Center for Immigration Studies, 43 percent of all immigrants that have been in the United States for at least 20 years are still on welfare.

18. At this point, Medicare is facing unfunded liabilities of more than 38 trillion dollars over the next 75 years.  That comes to approximately $328,404 for every single household in the United States.

20. The amount of money that the federal government gives directly to the American people has increased by 32 percent since Barack Obama entered the White House.

21. When you total it all up, American households are now receiving more money directly from the federal government than they are paying to the government in taxes.