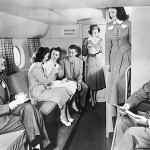 2010: The U.S. national debt is increasing by over 4 billion dollars per day.

1950: If a member of Congress doesn’t tell the truth it is a felony.

2010: If a member of Congress doesn’t tell the truth they are just playing politics.

1950: Americans dress up in suits and dresses to get on an airplane.

2010: Americans are forced to walk through full body security scanners that give gawking security workers a clear view of their naked bodies before they can get on an airplane.

1950: American schoolchildren openly read the Word of God and pray in public schools.

2010: Attempting to read your Bible or pray in a public school will get you slapped with a lawsuit by the ACLU.

2010: Wealth redistribution is the official policy of the U.S. government.

1950: The U.S. Constitution is deeply loved and highly revered.

2010: Federal authorities are instructed to be on the lookout for anyone who talks about the U.S. Constitution too much because they might be a domestic terrorist.

1950: Mass murderers are executed and unborn babies are protected by law.

2010: Unborn babies are being mass murdered and mass murderers are protected by law from being executed in many states.

1950: We mobilize the entire U.S. military to protect the borders of South Korea.

2010: The U.S. government barely lifts a finger to do anything about the millions of gang members, drug dealers and serial criminals that are pouring across America’s borders.

1950: We actually attempt to parent our children.

2010: We pump our kids full of Ritalin and let video games and television raise our children.

1950: If a company makes too many bad decisions they go out of business.

2010: If you have connections in high places or you are “too big to fail” your business gets bailed out by the U.S. government.

1950: Socialized medicine is considered a bizarre scheme that only communist nations would be stupid enough to attempt.

2010: Congress and the president ram a bill down the throats of the American people that they did not want which basically socializes our entire health care system.

1950: The American people believe that the free market should run the economy.

2010: The American people are told that the U.S. government and the Federal Reserve should run the economy.

1950: American industry provides great jobs for hard working Americans and the United States has the biggest middle class in the world.

2010: Giant global predator corporations ship our manufacturing base and millions of great jobs to the third world and our politicians pretend that it is our fault when we can’t get jobs.

1950: Cities such as Detroit, Michigan are shining examples of the great American economic machine.

2010: Cities such as Detroit, Michigan are decaying, rusted-out war zones where houses sell for as little as one dollar.

1950: The United States lends more money to other nations than any other country in the world.

2010: The United States borrows more money from other nations than any other country in the world.

1950: The American people are the envy of the world.

2010: The American people are some of the fattest people on the planet.

1950: The American people are extremely well read and are deeply interested in politics.

2010: The American people are obsessed with American Idol, Dancing With The Stars and with how their favorite sports teams are doing.

1950: If children act up they are tanned on the behind and taught a lesson.

2010: If children act up they are told they have ADHD and pumped full of pharmaceutical drugs.

1950: Communists and socialists are considered dangerous extremists and the American people are taught to love the U.S. Constitution.

2010: Those who love the U.S. Constitution are considered dangerous extremists and we have a communist in the White House.