In a previous post we detailed how Barack Obama wants to reduce the U.S. strategic nuclear arsenal to just a few hundred nuclear warheads.   Now it has come out that Barack Obama recently shifted the authority for approving sales of missile and space technology to China from the White House to the Commerce Department.  There has been very little fanfare regarding this move, but critics are claiming that it could make it much, much easier for China to acquire advanced missile technology.

Of course officials at the Commerce Department are claiming that the move will not cause controls to be loosened regarding the export of missile and space technology to China, but we all know that is a joke.

After all, what does the Commerce Department know about national security anyway?

Not a whole lot.

But unfortunately, the problem is not just Obama.

Rather, it is Russia and China.

But instead of embracing that reality, the U.S. national security establishment is pretending that they are our newest best friends.

For example, China’s second-ranking military officer will travel to Washington later this month and U.S. military officials are promising to “show him a great deal of how our military operates in this country”.

Obama is also negotiating an agreement with Russia that would allow the Russians to inspect U.S. military nuclear sites.

Someday there will come a time when the United States will seriously regret this openness with Russia and China.   Let’s just hope that that day of reckoning does not come any time soon. 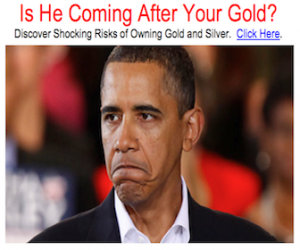