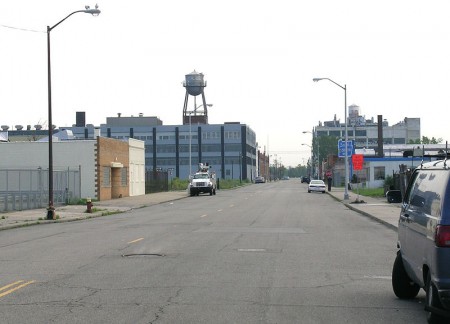 Once upon a time, Detroit was one of the greatest cities in the entire world.  Today, it has become a desolate wasteland where the lawless reign.  Once upon a time, Detroit was a teeming metropolis of about 2 million people.  Today, it has become a rotting war zone with a population that is down to about 700,000.  Once upon a time, Detroit was known for good paying manufacturing jobs and it was packed with middle class homes.  Today, nearly all of the good paying manufacturing jobs are gone (many of which has been shipped overseas), and there are more than 30,000 vacant homes in Detroit.  The city was once a shining example for the rest of the world, but now it is a laughingstock for the rest of the world.  If you can believe it, more than 50 percent of all children in Detroit are living in poverty, and close to 50 percent of all adults living in the city are functionally illiterate.  The high school graduation rate in Detroit is down to about 25 percent, and the city has become a breeding ground for gangs and violence.  The number of murders in Detroit is already higher than last year, and recently groups of young men toting AK-47s have been running around robbing gas stations.  How much worse can things possibly get for Detroit?

Many of those in Detroit that are trying to live normal, honest lives find themselves living in fear.  There are not enough police officers to deal with all of the crime, and the criminals know it.  Ten years ago, there were approximately 5,000 police officers in the city of Detroit.  Today, there are less than 3,000.

As a result, many average citizens have been arming themselves so that they can defend themselves and their families.  This has led to quite a few violent confrontations with criminals.  As I discussed the other day, justifiable homicide in Detroit rose by 79 percent during 2011, and the rate of self-defense killings in Detroit is about 2200 percent above the national average.

At this point, even the police are telling people to “enter Detroit at your own risk“.  The number of murders has already exceeded the total from all of last year and we still have about a month to go…

The killings were the latest in what has been a particularly violent year in Detroit. The city announced last week that homicides rose this year, reaching 354 through Thanksgiving after totaling 344 for all of 2011.

And now the criminals are becoming even bolder.  As I mentioned above, gangs of young men with AK-47s are terrorizing gas stations all over Detroit.  The following is an excerpt from a recent article by the CBS affiliate in Detroit…

Detroit police are investigating whether a group of AK-47 wielding robbers who hit two gas stations Wednesday morning are responsible for several similar crimes that have recently occurred across the city.

What would you do if you were confronted by a group of young men with AK-47s?

Investigators are also looking into whether the two incidents are related to a string of other gas station robberies in the city, all of which are believed to have been carried out by the same group of men.

Police say those men robbed at least 11 gas stations in a two-week period. Then, just hours after police put out a public notice about the robberies, the group struck again — this time robbing six different gas stations in one hour. In every instance, police say the suspects will cover their faces, walk into a gas station armed with assault weapons and announce a hold-up.

In other instances, groups of young men have decided to “move in” and take over entire gas stations…

A Detroit man says his business is being held hostage by a group of teenagers who continually loiter inside and out of his gas station.

“There’s a lot of good people around here,” said the station owner, who wished to remain anonymous. But now, those good people aren’t coming as often to the Marathon station along W. 7 Mile Road on the city’s west side.

“This is a Bad Crew gas station,” said one teen loitering out front on Tuesday. When asked what that meant, he said, “If you don’t know, I can’t even tell you.”

When the police are called, the teens just disperse and return later.  Police say that there is nothing that they can do to keep them away permanently.

It is so sad to watch what is happening to what was once such a great city.

Detroit was once known for making the greatest cars in the world.  Now, it is known as a dumping ground for the dead…

From the street, the two decomposing bodies were nearly invisible, concealed in an overgrown lot alongside worn-out car tires and a moldy sofa. The teenagers had been shot, stripped to their underwear and left on a deserted block.

They were just the latest victims of foul play whose remains went undiscovered for days after being hidden deep inside Detroit’s vast urban wilderness — a crumbling wasteland rarely visited by outsiders and infrequently patrolled by police.

Much of Detroit is horribly dangerous for its own residents, who in many cases only stay because they have nowhere else to go. Property crime is double the American average, violent crime triple. The isolated, peeling homes, the flooded roads, the clunky, rusted old cars and the neglected front yards amid trees and groin-high grassland make you think you are in rural Alabama, not in one of the greatest industrial cities that ever existed.

Most of the abandoned homes and most of the abandoned vehicles in Detroit have been looted and stripped bare.  Thieves are ripping up anything that they can and selling it off.  In Detroit today, criminals have stripped so much copper wiring out of the street lights that half of all the lights in some Detroit neighborhoods no longer work.

Things have gotten so bad that many people are afraid to drive through the city in the middle of the day.  The head of the bus drivers union, Henry Gaffney, says that his drivers are literally “scared for their lives“….

“Our drivers are scared, they’re scared for their lives. This has been an ongoing situation about security. I think yesterday kind of just topped it off, when one of my drivers was beat up by some teenagers down in the middle of Rosa Parks and it took the police almost 30 minutes to get there, in downtown Detroit,” said Gaffney.

Needless to say, many people that are able to move away are getting out while they still can.  In the worst areas of Detroit, property values have been horribly depressed.  Some homes in Detroit have even been sold for a single dollar.

So what is the answer?

Well, Detroit Councilwoman JoAnn Watson says that since citizens of Detroit overwhelmingly voted for Obama, that Obama should return the favor by sending a whole bunch of money to Detroit…

“Our people in an overwhelming way supported the re-election of this president and there ought to be a quid pro quo and you ought to exercise leadership on that,” said Watson. “Of course, not just that, but why not?”

Nearly 75 percent of Wayne County voters pulled the lever for Obama in November.

What is the solution to Detroit’s problems?