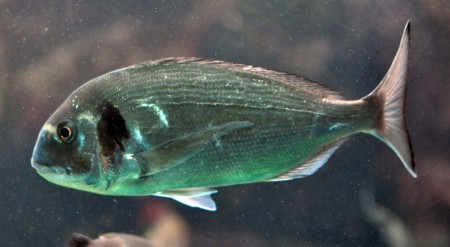 Are you purchasing radioactive fish at the grocery store?  Are you absolutely certain that you know the answer to that question?  You are about to read about a test that discovered that a fish recently caught off the coast of the Fukushima prefecture was found to have 12,400 becquerels per kilogram of radioactive cesium.  That is 124 times above the level that is considered to be safe.  But it is not just fish caught off the coast of Japan that you need to be concerned about.  In this article I will also discuss a report by the National Academy of Sciences which states unequivocally that Pacific Bluefin tuna have “transported Fukushima-derived radionuclides across the entire North Pacific Ocean”.  In fact, if you just had a tuna sandwich for lunch you may have ingested radioactive material without even knowing it.  Each day, another 300 tons of highly radioactive water is released into the Pacific Ocean at Fukushima, and that means that the total amount of radioactive material that is getting into our food chain is constantly increasing.  And since some of these radioactive elements have a half-life of about 30 years, that means that our food chain is going to be contaminated for a very, very long time.

Strangely, the mainstream media in the United States has been extremely quiet about all of this.  The following is an article from a Russian news source about this highly radioactive fish that was just caught off the coast of the Fukushima prefecture…

Fish with deadly levels of radioactive cesium have been caught just off the coast of Fukushima prefecture, as scientists continue to assess the damage caused to the marine food chain by the 2011 nuclear disaster.

One of the samples of the 37 black sea bream specimens caught some 37 kilometers south of the crippled power plant tested at 12,400 becquerels per kilogram of radioactive cesium, making it 124 times deadlier than the threshold considered safe for human consumption, Japan’s Fisheries Research Agency announced.

The record cesium reading was recorded last year when a fish caught near the plant carried 740,000 becquerels of cesium per kilogram.

Would you eat such a fish?

The truth is that there might be one in your freezer right now.

According to an absolutely shocking report put out by the National Academy of Sciences, it has been proven that Pacific Bluefin tuna have transported highly radioactive material “across the entire North Pacific Ocean”…

Do you buy a lot of tuna?

If so, you might want to start asking some questions.

And there is a lot of other evidence that the food chain in the Pacific Ocean is becoming highly contaminated.  The following are just a few facts from one of my previous articles entitled “36 Signs The Media Is Lying To You About How Radiation From Fukushima Is Affecting The West Coast“…

–The population of sockeye salmon along the coastlines of Alaska is at a “historic low”.

–Something is causing Pacific herring to bleed from their gills, bellies and eyeballs.

–One test in California found that 15 out of 15 Bluefin tuna were contaminated with radiation from Fukushima.

• 73 percent of the mackerel

You can read the rest of that article right here.

So once again, are you absolutely certain that you are not purchasing radioactive fish at the grocery store?

The U.S. government says that the fish are safe.

But the government also promised the sailors on the USS Ronald Reagan that they would be safe when they went over to provide assistance in the aftermath of the Japanese earthquake back in 2011.  It turns out that was a lie too…

The roll call of U.S. sailors who say their health was devastated when they were irradiated while delivering humanitarian help near the stricken Fukushima nuke is continuing to soar.

So many have come forward that the progress of their federal class action lawsuit has been delayed.

Bay area lawyer Charles Bonner says a re-filing will wait until early February to accommodate a constant influx of sailors from the aircraft carrier USS Ronald Reagan and other American ships.

More than 70 sailors from that aircraft carrier have reported that they have developed conditions such as testicular cancer, thyroid cancer, Leukemia, “unremitting gynecological bleeding” and brain tumors.  Their lives have been ruined, and nobody wants to step forward and take responsibility.

So are you going to just blindly trust that the government is telling you the truth about all of this?

Out in California, one team of researchers from California State University is so concerned that they are going to start monitoring California’s kelp forest for signs of radiation…

Initiated by CSULB Biology Professor Steven L. Manley and the Berkeley Lab’s Head of Applied Nuclear Physics Kai Vetter, the project will rely on samples of Giant Kelp and Bull Kelp from along the California coast.

“The California kelp forest is a highly productive and complex ecosystem and a valuable state resource. It is imperative that we monitor this coastal forest for any radioactive contaminants that will be arriving this year in the ocean currents from Fukushima disaster,” said Manley, an expert in marine algae and kelp.

And as I noted the other day, one independent researcher recently discovered radiation levels near the water at Pacifica State Beach that were up to five times higher than normal background radiation.

The evidence is piling up, and it is becoming clear that the Japanese government and the U.S. government are not telling us the truth.  Of course governments all over the world have not been telling us the truth about a lot of things for a very long time.  This is a theme that I explored extensively in my new novel.  In this day and age, it is imperative that we all learn to break out of “the matrix” and learn to think for ourselves.

Sadly, most Americans choose not to do that.  In the video posted below, activist Mark Dice asks average Americans to sign a petition to repeal the 3rd Amendment and allow U.S. soldiers to commandeer anyone’s home and live there for free.  As you can see, many of the “sheeple” were quite happy to sign the petition without asking any questions…

Are the fish that you are purchasing at the grocery store safe to eat?