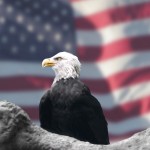 ***The following is a guest post for The Truth by Alisha Venetis, co-founder of The Prep Room – an online store specializing in emergency preparedness supplies.***

Probably like most of you, our family spent this past July 4th celebrating the official birthday of the United States of America’s Independence. We were fortunate enough to go on a friend’s boat on Lake Michigan in Chicago to watch an amazing fireworks display. Unlike previous years, Chicago did not host this celebration. Similar too many other cities across the nation, Chicago cancelled their fireworks due to being financially broke.

As we watched the celebration and listened to patriotic music playing in the background, I found myself covered in goose bumps. I looked at my children, as they oohed and aahed, wondering if they understood the unique greatness of this country and how God has blessed it so. And, more importantly, if we fail to educate them on how we gained the freedom we celebrate every year, will it one day be no more?

A recent Marist survey revealed that only fifty-eight percent of those polled knew that the United States declared its independence in 1776, and three out of four knew from which country we gained our independence. Not surprisingly, the younger the respondent, the less likely he or she was to know the answer.

A similar question is being raised by many, including a recent Time Magazine cover story, which asked whether or not our Constitution still matters? When Americans were asked how much they knew about the U.S. Constitution, sixty-seven percent responded that they only knew “some”.

Is it just a sign of the times and we are no longer interested in how we became a great nation? Or has there been an intentional “dumbing down” effort, carried out by the leaders of our educational system? Is it possible that, when we took God out of our schools, we also began taking away any remnant of God’s handiwork? After all, if you can’t teach about God, how can you teach about a God-inspired document, such as the US Constitution?

In 2006, State Senator Obama visited Europe and the Middle East, where he made a series of speeches. Before his final speech, Obama stood next to Turkey’s President and stated that in the US, “We do not consider ourselves a Christian nation or a Jewish nation or a Muslim nation. We consider ourselves a nation of citizens who are bound by ideals and a set of values.” Perhaps this is what recently led Michelle Obama to say that President Obama ”knows we are going to have to change our traditions and our history”. I wonder if some of that history-changing has to do with denying that our nation was founded on Judeo-Christian principles created by God-fearing men?

As cities decide to do away with Fourth of July celebrations we give rise, once again, to not celebrating what God has done for our country. The signing of the Declaration of Independence is arguably one of the greatest days in our nation’s history. These are not just my words, but the words of John Adams, a Founding Father. In anticipation of the signing of the Declaration of Independence, Adams wrote to his wife Abigail:

“The second day of July, 1776, will be the most memorable epoch in the history of America. I am apt to believe that it will be celebrated by succeeding generations as the great anniversary festival. It ought to be commemorated as the day of deliverance, by solemn acts of devotion to God Almighty. It ought to be solemnized with pomp and parade, with shows, games, sports, guns, bells, bonfires, and illuminations, from one end of this continent to the other, from this time forward forever more”.

Inherited By Our Creator

The United States Declaration of Independence was adopted by the Continental Congress on July 4, 1776, and gave rise to the United States Constitution. The Declaration announced that the thirteen original Colonies (then at war with Great Britain) were now independent states, and thus no longer a part of the British Empire.

The Declaration had 56 signers, which included a “Committee of Five”, Thomas Jefferson, John Adams, Benjamin Franklin, Robert R. Livingston and Roger Sherman. The signers of the Declaration of Independence were an intelligent, religious and ethically-minded group. Half of the men held seminary or Bible school degrees and four of the signers were current or former full-time preachers

One of the best-known sentences in American History is the preamble. This section states the ideas and ideals of the Declaration; that everyone has certain rights given to them by God. “We hold these truths to be self-evident, that all men are created equal, that they are endowed by their Creator with certain unalienable Rights, that among these are life, liberty and the pursuit of happiness.”

The next section of the Declaration is often called the “right of revolution”. It states that the government can only get their power from the people. If the government violates the rights of the people; then the people have not only the right, but the duty to “alter or abolish” that government and provide a new one for future security.

The next two sections are a list of charges against King George III. The Declaration states that he violated the people’s rights and was therefore unfit to be their Ruler. The King no longer made laws for the public good and got rid of those that did. He created a

multitude of new offices, officers and laws to harass the people and he imposed taxes without consent. The signers described their unsuccessful attempts to appeal to the Parliament of Great Britain.

The document’s last sentence ends just as powerfully as it begins, demonstrating the signers reliance on God, the Supreme Judge of the world, to know their moral conscience in creating this document. “And for the support of this Declaration, with a firm reliance on the protection of divine Providence, we mutually pledge to each other our lives, our fortunes and our sacred honor.”

God Shed His Grace on Thee

The Founding Fathers were not all Christians or conservative in their theology, however they were all God-fearing. To take God out of the equation would in essence change our history.

As Patrick Henry once stated, “It cannot be emphasized too strongly or too often that this great nation was founded, not by religionists, but by Christians”. John Adams reiterated this sentiment when he wrote to the Officers of the First Brigade, “Our constitution was made only for a moral and religious people. It is wholly inadequate for the government of any other.”

Lastly, for many that believe that the separation of Church and State was to keep God out of the schools, let us read the prophetic words from the “Father of our Public Schools”, Benjamin Rush. “Let the children be carefully instructed in the principles and obligations of the Christian religion. This is the most essential part of education. The great enemy of the salvation of man, in my opinion, never invented a more effectual means of removing Christianity from the world than by persuading mankind it was improper to read the Bible in our Schools.”

The signers knew how powerful the Declaration of Independence was; so much so it may cost them their lives. After Congress signed the Declaration, John Hancock supposedly said they must now “all hang together” and Benjamin Franklin replied, “Yes, we must indeed all hang together, or most assuredly we shall all hang separately.”

If our nation turns away from our founding documents, we turn away from what God ordained. Only God can give people the freedom to have life, liberty and the pursuit of happiness, not the government (no matter how big it is). Our Founding Fathers were willing to hang for this truth. At the very least, we should be willing to hang onto this truth as well. 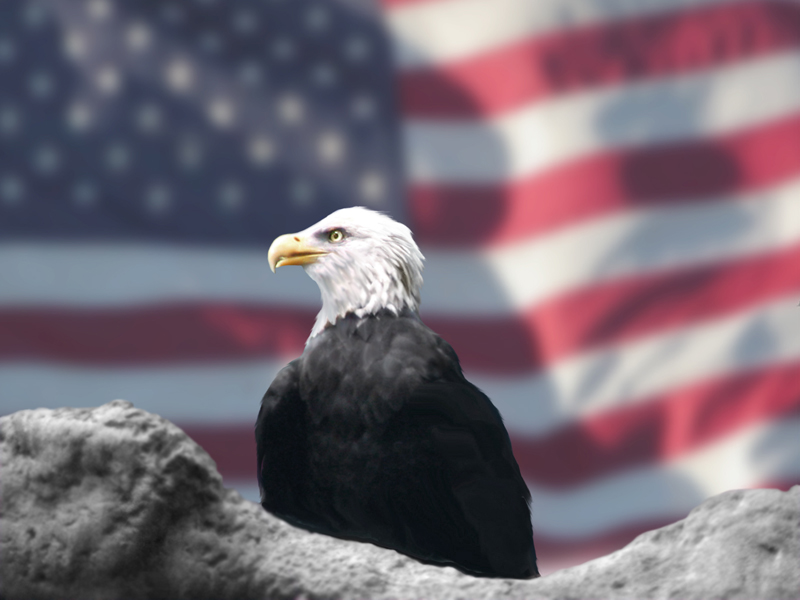