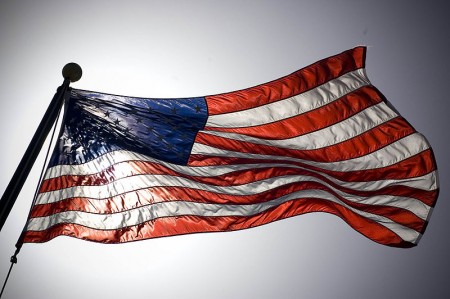 The 4th of July is a great time to celebrate our independence from Great Britain and to remember all of the sacrifices that our forefathers made to make this country great.  But is America still great today?  Have we squandered our inheritance?  Have we wrecked the great nation that previous generations handed down to us?  Those may sound like harsh questions, but the truth is that most Americans know that the United States is in decline.  In fact, a recent Rasmussen survey found that 49 percent of all Americans believe that the best days of America are in the past and only 35 percent believe that the best days of America are in the future.  Those are staggering numbers, and they are an indication that we need to take a good, long look at ourselves in the mirror.  Did we lose our way somehow?  If so, can we find our way back to where we were before?  We are a nation which is in trouble physically, mentally, emotionally, spiritually and financially.  Our house is crumbling and our foundations are rotting away.  We are in desperate need of national renewal.  The following are 36 embarrassing categories in which America leads the world…

#2 America leads the world in soft drink consumption by a wide margin.  Today, the average American drinks more than 600 sodas a year.

#3 America is tied with the UK for the highest average number of hours spent watching television each week.

#4 More people have been diagnosed with mental disorders in America than anywhere else.

#5 America has the highest divorce rate in the world by a good margin.

#6 America has the highest percentage of one person households on the entire planet.  According to the Pew Research Center, only 51 percent of all American adults are currently married.  Back in 1960, 72 percent of all adults in the United States were married.

#7 America has the most car thefts in the world by far.  Things are particularly bad on the west coast.

#8 America has the highest motor vehicle death rate on the globe.

#9 Americans spend more time sitting in traffic than anyone else in the world.

#10 America has the largest trade deficit in the world every single year.  In fact, nobody ever comes close.  That means that we buy far, far more stuff from the rest of the world than they buy from us.  Overall, the United States has run a trade deficit of more than 8 trillion dollars with the rest of the world since 1975.  That 8 trillion dollars could have gone to support U.S. workers and U.S. businesses, but instead all of that money left the country.  We constantly have more money leaving the United States than coming into it.

#11 Americans have more student loan debt than anyone else in the world.

#12 Americans have more mortgage debt than anyone else in the world.

#13 Americans have more credit card debt than anyone else in the world.

Immigrants — both legal and illegal — have accounted for all of the job gains in the U.S. labor market since 2000, according to a report that highlights the stiff competition for jobs in a tight economy as Congress debates adding more workers to the mix.

The Center for Immigration Studies report, which is being released Wednesday, says 22.4 million immigrants of working age held jobs at the beginning of this year, up 5.3 million over the total in 2000. But native-born workers with jobs dropped 1.3 million over that same period, from 114.8 million to 113.5 million.

#16 America has the highest incarceration rate and the largest total prison population in the entire world by a wide margin.

#17 There are more reported rapes in the United States each year than anywhere else in the world.

#18 There are more reported murders in the United States each year than anywhere else in the world.

#19 There are more total crimes in the United States each year than anywhere else in the world.

#20 America leads the world in money given to fake charities.

#22 America has the highest teen pregnancy rate in the world by a very wide margin.

#23 America has the highest STD infection rate in the entire industrialized world.

#24 America produces more pornography than any other nation in the world.

#25 America leads the world in the number of protesters that chant “Hail Satan” while cheering on the murder of innocent babies.

#26 America leads the world in the percentage of women taking antidepressants.

#28 America has the highest rate of illegal drug use on the entire planet.

#30 America exports more arms to other countries than anyone else in the world.

#31 America leads the world in nuclear tests.  In fact, over the years the U.S. has conducted more nuclear tests than the rest of the planet combined.

#32 Americans spend more money on elections than anyone else does in the world by a very wide margin.

#33 America has the most laws on the entire planet.  Many of them are completely and utterly ridiculous.

#34 America has the most lawyers per capita in the entire world.

So as we celebrate another Independence Day, perhaps we should take some time out and really look at ourselves in the mirror.

The truth is that until we admit just how bad things have gotten, we will never be ready to accept the needed solutions.

If those that founded this country could see us now they would surely be deeply ashamed.  In fact, a lot of Americans don’t even know why we celebrate July 4th…

Am I being too harsh?

Are there any things that you would add to this list?