Barack Obama’s own website recently had an article that referred to opponents of Obamacare as “right-wing domestic terrorists”. Fortunately the article was quickly taken down once an uproar over it erupted, but the reality that such demonization of millions of peaceful Americans would occur on Obama’s own website is more than a little troubling.

The website, “Organizing For America”, is regularly used by Obama and his staff to rally his supporters to take action in support of the administration’s agenda. For anyone in Obama’s organization to equate conservatives, Republicans and opponents of Obamacare with al-Qaeda and other murderous terrorists is something to be taken very, very seriously.

After all, what happens to terrorists? Well, they are rounded up off the streets, detained in secret locations with no rights and they are tortured and abused for months or even years in an effort to extract information from them.

Is that what should happen to you for objecting to Obamacare?

The reality is that the inflammatory rhetoric by the left has gotten way, way, way out of control.

The same article below asks supporters to help “defeat anti-democratic forces of hate”.

Some may be tempted to ignore such hateful language, but as we saw all too often in the last century, very hateful political language by ruling government authorities often leads to violent and repressive actions by that same government.

So if you are against Obamacare, perhaps you should take a few minutes to consider what Barack Obama’s organization is saying about you….. 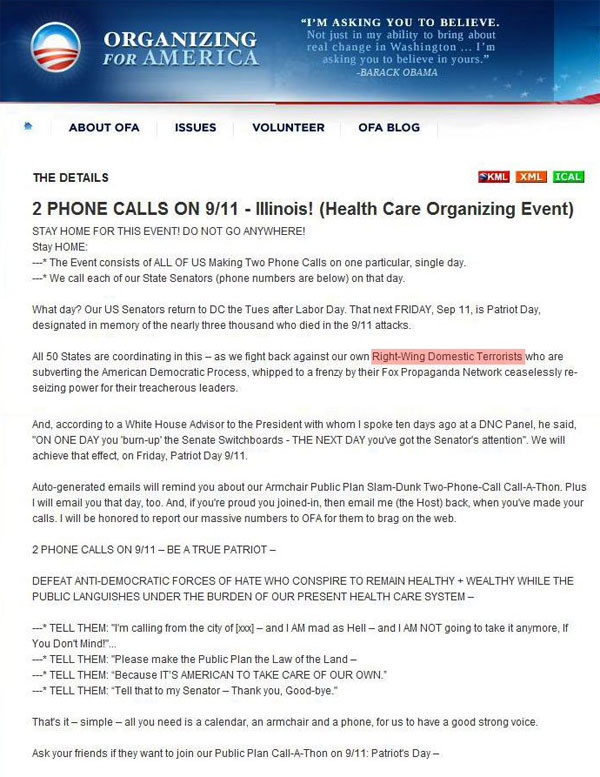 When opponents of Obamacare are called “terrorists” by Obama’s own organization, the reality is that the First Amendment is in jeopardy.

If you do not think that government power cannot be used to repress political opposition in America than you have not been paying attention.  Already, the Pentagon has asked Congress to give the Secretary of Defense the authority to post nearly 400,000 U.S. military personnel throughout the United States in the event of an emergency or a major disaster.

And who defines what an “emergency” or a “major disaster” is?

Not only that, but throughout the presidential campaign Barack Obama spoke of the need for a civilian national security force that is just as strong and just as well funded as the U.S. military.

Does not such a scenario sound like a police state to you?

Are you ready for secret police and national security forces to patrol the streets outside of your home?

Are you ready to be labeled a “terrorist” for opposing the policies of the ruling administration?

The truth is that the America that we all knew if dying, and whether or not America can still be referred to as “the land of the free” is very much in question. 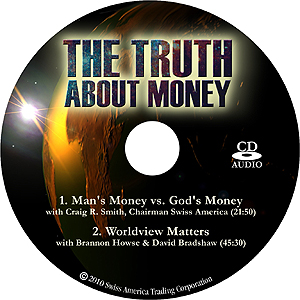