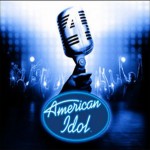 We all know that American Idol has become the most important thing in the lives of millions of Americans, but some people take their obsession with the show way, way too far.  The truth is that it is absolutely frightening how seriously some people take a simple television show.  In fact, one mother’s epic tirade after learning that Crystal Bowersox lost to Lee DeWyze in the American Idol finale is quickly becoming a YouTube legend.

If you have not seen the video posted below yet, you have got to watch it.  Yes, it is extremely funny in one sense, but it is also an incredibly sad commentary on just how far we have fallen as a nation….

So did the fact that Crystal Bowersox lost American Idol really “ruin” this woman’s life?

But the truth is that tens of millions of American now live in a false reality where the things that happen in the entertainment world are what really matter, and the fact that the world is literally falling apart around them doesn’t really register.

Here is another example of this phenomenon….

A 32 year old Clackamas, Oregon mother recently made a trip with her three year old son to Chips Palace and Restaurant Casino in Lakewood, Washington.

She arrived at the casino at 4 AM, and she decided that her son would be perfectly fine spending the day locked inside her Lincoln Navigator.

Nearly eight hours later, a casino security guard heard the little boy crying. Inside the vehicle he found the little tike with a soiled diaper and only a cup of spoiled milk to sustain him.

Yes another woman who is extremely unlikely to win Mom of the Year.

But that is what is happening to America.

We are so obsessed with entertaining ourselves that we have lost all touch with reality.

And yet the things that really matter are being totally ignored by tens of millions of Americans that have been completely “zombiefied” by entertainment.

If people want to get upset about something, there are a whole host of crucial national issues that are just screaming for our attention…..

*The U.S. government has piled up the biggest mountain of debt in the history of the world, and yet our “representatives” in Washington D.C. continue to spend money like it is going out of style.  What we have done to future generations is absolutely criminal.

*Our health care system has just been obliterated by the U.S. Congress, and we  are going to be drowning in a sea of red ink as we try to pay for the bizarre new system that they have created.

*A horde of 30 million illegal aliens have brought a tidal wave of crime, drugs and gang violence with them into our cities and the U.S. government is doing nothing to stop it.

*Our politicians keep telling us how wonderful “free trade” and “the global economy” are while our once great manufacturing cities such as Detroit turn into rusted-out war zones.

*Over 40 million babies have been slaughtered in U.S. abortion mills since 1973, and yet the vast majority of the American people seem perfectly content for the murdering of the unborn to continue.

Yes, those are things that are actually worth getting upset about.

But instead, tens of millions of brain-dead Americans will continue to obsess over every little detail of American Idol and Dancing With The Stars while the Republic continues to crumble.

What a sad nation we have become.