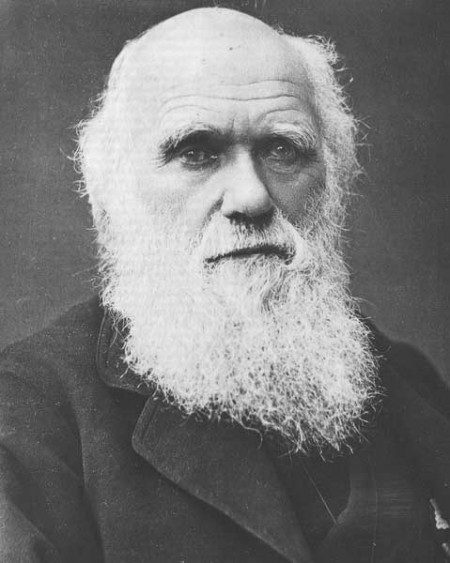 A deranged public tirade by a professor of anthropology at the University of Connecticut is putting the evolution vs. creation debate back into the headlines.  He recently spent more than two hours harassing Christian evangelists that were trying to preach to students on campus, and at one point he even asked one of the evangelists if he “had accepted Darwin as my lord and savior”.  Later on, he even encouraged students to join him in publicly proclaiming the phrase “Praise Darwin!”  This bizarre behavior has suddenly made this obscure professor quite famous, and as you will see below, he is not apologizing for his behavior.  Sadly, this professor does not even seem to be aware of what Charles Darwin actually stood for.  If he did, he would probably not be so proud of himself.

When I first came across this story, I could hardly believe it.  What kind of self-respecting professor would spend more than two hours publicly confronting Christian evangelists on campus?…

James Boster, a professor of anthropology, spent more than two hours trying to draw students away from evangelists.

“He asked me if I had accepted Darwin as my lord and savior,” evangelist Don Karns told Christian News Network. “He was very agitated, very demonstrative. … It was very unbecoming of a professor.”

Boster repeatedly used profanity and there were moments when it actually looked like he was going to physically attack the Christian evangelists.  And his attempt to get students to publicly praise Darwin was more than just a little bizarre…

Karns said that Boster then confronted him a second time, using profanity and getting in his face. Andrew Rappaport of Striving for Eternity Ministries in Jackson, New Jersey, said he witnessed Boster present a speech in an attempt to agitate the students.

“He started to address the students as ‘My brothers and sisters of Darwin,’” Rappaport said.

“I want you to join me in saying, ‘Praise Darwin!’” Boster mocked, as students echoed his refrain. “Amen!” Boster proclaimed.

You can see video footage from this confrontation posted below.  But please be warned that Professor Boster repeatedly uses some very strong language in this video clip…

So was Boster sorry for what he did after he got a chance to cool down for a while?

According to Christian News Network, Boster is quite proud of what he did…

“The self-described Christian evangelists came to UConn not with the good news of the gospels but with a message of hate, bigotry, and ignorance. They attacked my students for their sexual behavior, sexual preferences, religious beliefs and ethnicities and condemned them to Hell,” he wrote. “A mama bear will defend her cubs, a mother goose her goslings, and I will defend my students from strangers who come to call them sodomites, fornicators and sinners condemned to Hell.”

“Darwin’s message that all humans are our brothers and sisters, all mammals our cousins, and all life our kin is much closer to the loving affirmation of life found in the gospels than the hate, bigotry, and ignorance preached by these rude guests to our home,” Boster stated. “It is a moral duty to be outraged by the morally outrageous. I am proud to have done my duty to defend my students from attack.”

But was Darwin’s message really one of brotherhood and sisterhood for all humanity?

In fact, the truth was that Charles Darwin would be considered a hardcore racist if he lived today.  Just consider the following excerpt from an article posted on Apologetics Press…

Darwin did distinguish between various human races, or “species of men,” and he believed that some were superior to others (1871, p. 395). Although he steered clear of these ideas in The Origin of Species, his second major work on evolutionary theory, The Descent of Man and Selection in Relation to Sex, published in 1871, did address the issue.

Darwin began the first chapter of The Descent of Man with these words: “He who wishes to decide whether man is the modified descendant of some pre-existing form, would probably first enquire whether man varies, however slightly, in bodily structure and in mental faculties; and if so, whether the variations are transmitted to his offspring in accordance with the laws which prevail with the lower animals” (1871, p. 395). Later, in his chapter titled “On the Affinities and Genealogy of Man,” Darwin wrote:

At some future period, not very distant as measured by centuries, the civilised races of man will almost certainly exterminate, and replace, the savage races throughout the world. At the same time the anthropomorphous apes, as Professor Schaaffhausen has remarked, will no doubt be exterminated. The break between man and his nearest allies will then be wider, for it will intervene between man in a more civilised state, as we may hope, even than the Caucasian, and some ape as low as a baboon, instead of as now between the negro or Australian and the gorilla (p. 521, emp. added).

Clearly, Darwin was convinced that the more “civilized races” (e.g., Caucasian) would one day exterminate the more “savage races,” which he considered to be less evolved (and thus more ape-like) than Caucasians. Darwin believed that “the Negro” and “Australian” are more of a sub-species, somewhere between Caucasians and apes.

How would people respond if Charles Darwin said stuff like that today?

Would they hail him as a hero?

Not at all.  Instead, they would rightly condemn him as a vile racist.

The same thing goes for the founder of Planned Parenthood, Margaret Sanger.  She was a great admirer of Charles Darwin, and she used his theories to justify her crusade for a “cleaner race“.  In my previous article entitled “Does A Belief In Evolution Lead To Racism?“, I discussed this at length.  For example, Sanger specifically set up her “clinics” in minority communities.  By doing so, she hoped “to stem the rising tide of color”…

How such history judge such a sick individual?

Shouldn’t we be denouncing her memory using the strongest language that we can come up with?

Instead, the U.S. government gives hundreds of millions of dollars to the organization that she founded every single year, and it still has a heavily disproportionate presence in minority neighborhoods.

Sadly, you will find that most racists believe in the theory of evolution.  They use Darwin’s theory to justify their hatred for “less evolved” races.

But if you believe that God created all of us and that He loves all of us, there is no room for racism.  We are all made in God’s image, and that makes each one of us infinitely valuable.

What makes me angry is that Darwinism is being promoted today as the “intellectual” path, and a belief in creation is being dismissed as just for people that have “blind faith”.

But that is just precisely the opposite of what is actually true.

I have been studying this stuff for decades, and I have found that there is an overwhelming amount of evidence that this world was created by God.

On the other hand, there is an appalling lack of hard evidence for Darwinism.  For much more on this, please see my previous article entitled “44 Reasons Why Evolution Is Just A Fairy Tale For Adults“.

And it doesn’t take an advanced education to figure all of this out.  Just consider how complex DNA is.  It is a language system that is so complex that we are only just now beginning to figure it out.  Bill Gates has said that “DNA is like a software program, only much more complex than anything we’ve ever devised.”

How could such an insanely precise and complicated language system come into existence by accident?

If you are reading this and you still cling to the fairy tale called Darwinism, can you point to a single example of a code or a language (even a simple one) coming into existence by random chance?

To grasp the amount of DNA information in one cell, “a live reading of that code at a rate of three letters per second would take thirty-one years, even if reading continued day and night.”

But instead of debating this calmly and rationally, it seems like there are more people like James Boster out there than ever.  These radical Darwinists cannot stand that some people are actually daring to challenge the Darwinian orthodoxy, and they will go to extraordinary lengths to try to shut them up.