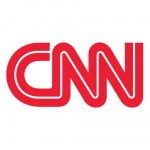 Not only are school children singing songs of praise to Barack Obama across the United States (see our last post for examples), but now singing school children have been exploited on national television to promote specific points on Barack Obama’s socialist agenda. In a graphic exhibition of CNN’s pro-Obama bias, they recently had a group of singing and dancing children on their network who performed a lively song which exalted the benefits of Obamacare and which dumped on Republican Joe Wilson.

The children are cute and the performance of the song is actually quite delightful, but those are not the issues.

The issue here is that these school children are being used as pawns to promote Barack Obama’s socialist health care agenda on national television.

Perhaps CNN was afraid that their pro-Obama bias was falling behind other networks and that they needed to take things to ridiculous new extremes.

To illustrate how ridiculous this is, just try to imagine CNN having a conservative group of school children on who are singing a song about how incredibly bad Obamacare is.

Would that ever happen?

Not in a million years.

We will gladly retract those words if CNN ever proves us wrong.

But they never will.

CNN has lost all remaining shreds of objectivity by putting stuff like this on the air.

Watch this video for yourself and let us know what you think…..