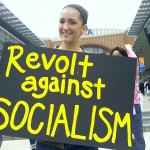 How in the world can a rational group of human beings put together a piece of legislation this bad? The more that we learn about the health care reform bill, the more horrific it gets. This bill gives the U.S. government not only unprecedented control over our health care, but also unprecedented control over the most intimate details of our lives as well. While some are trumpeting this bill as the “government takeover of health care”, the reality is that is only a small part of the story. The truth is that the health care reform bill represents a move by the U.S. government to literally take over our entire lives.

Do you think that we are being too dramatic?  Just watch the video posted below. Someone out there has taken the time to break down section after section of this nightmare bill and explain what it is going to mean for America and for each of us individually. We challenge anyone to watch this video and then try to explain to us how our lives are going to be better after this bill passes….

The truth is that we would be far better off if the entire U.S. Congress would simply go home and take the rest of the year off.

How in the world can they give us a health care “reform” bill that gives us fewer choices, higher taxes, health care rationing and unprecedented U.S. government control over everything?  And this thing is also going to cost trillions of dollars and put our nation even farther into debt?

We don’t want it!

Isn’t the fact that a Republican is on the verge of winning a U.S. Senate seat in Massachusetts (of all places) enough of a signal to the Democrats that they need to back way off?

The truth is that the American people would be far happier if this Congress would spend their days getting drunk and taking naps.  At least that way they would not be busy screwing up all of our lives.

That is the best that the American people can hope for out of this Congress – that they would do absolutely nothing.

The picture below is of this Congress doing their best work…. 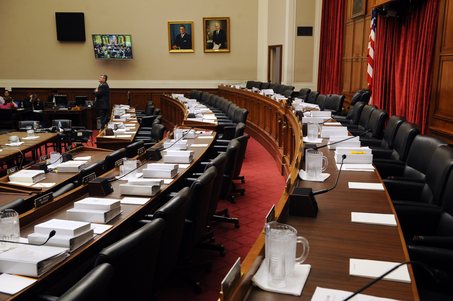