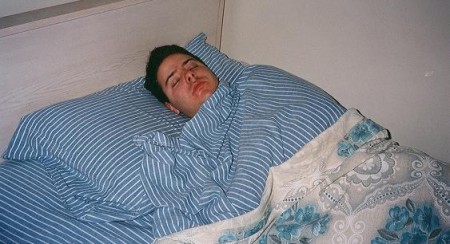 So what in the world has happened?

Why are so many young adults having to get a moving quote and move back in with Mommy and Daddy?

Well, the following are a few of the factors that are involved….

Our Education System Does Not Prepare Them For The Real World

The education that our young people receive gets “dumbed down” a little bit more every single year.  Many of our young people can barely read or speak coherently when they graduate from high school, and they certainly are not being equipped with the skills that they need to be successful in our increasingly complex world.

In a previous article entitled “How Stupid Are American High School Students?“, I detailed many of the shocking statistics that show how poor our education system really is.

For example, did you know that a survey conducted by the National Geographic Society discovered that only 37 percent of all Americans between the ages of 18 and 24 can find the nation of Iraq on a map?

We have lowered our standards so far that we might as well not even have standards anymore.

In another previous article I discussed some of the signs that our young people are rapidly falling far behind the rest of the world….

-At this point, 15-year-olds that attend U.S. public schools do not even rank in the top half of all industrialized nations when it comes to math or science literacy.

-The average young American will spend 10,000 hours playing video games before the age of 21.

Sadly, our education system is not something that is going to be reformed overnight.  These problems took a long time to develop and they are going to take a long time to be fixed.

The System Does Not Teach Young People To Be Independent

When our young people ask why they should stay in school and work hard to get good grades, what do we tell them?

We tell them they need to do it so that they can “get a good job”.

You hardly ever hear anyone telling kids that they need to study hard so that they can “start a business” someday.

Our entire education system is designed to produce subservient cogs in the machine.  Our kids are not trained to be independent and to think for themselves.  Rather, they are trained that if you do what the system tells you to do that you will be rewarded.

As I progressed in my education as a young person, I always did what I was told, I got great grades and I stayed out of trouble.  I had faith that if I did what the system said that I would be rewarded.  But when I graduated from college nobody came and handed me a good job.  There was no “reward” waiting for me at the end of the rainbow.  I had a hard time functioning because I was so used to having the system tell me what to do and now there was nobody telling me what the next “level” was.

We desperately need to teach our kids to be strong, independent individuals.  But instead we are indoctrinating them to be mindless servants in a system that is increasingly becoming socialized.  For much more on this, please see my previous article entitled “28 Signs That U.S. Public Schools Are Rapidly Being Turned Into Indoctrination Centers And Prison Camps“.

A lot of our young people cannot make it once they leave college because they are absolutely drowning in student loan debt.

In the United States today, there is more total student loan debt than there is total credit card debt.

In fact, student loan debt in America has grown by 511 percent since 1999.

For a whole bunch more horrifying statistics about this crisis, please see this article: “The Student Loan Debt Bubble Is Creating Millions Of Modern Day Serfs“.

Every year millions of high school students are encouraged to go to college because that is what they need to “get a good job”.

But the truth is that there are not nearly enough good jobs for the hordes of college graduates that our system is producing.

During 2011, 53 percent of all Americans with a bachelor’s degree under the age of 25 were either unemployed or underemployed.

So what happens to all of those young people when they can’t find jobs or they have to take jobs that do not even require college degrees?

That’s right – they end up moving back in with Mommy and Daddy.

One very disturbing trend which has been accelerating in recent years is the “wealth gap” between older Americans and younger Americans.

The truth is that young adults in the United States are systematically becoming poorer.

For example, incomes for U.S. households led by someone between the ages of 25 and 34 have fallen by about 12 percent after you adjust for inflation since the year 2000.

Older Americans have been doing relatively better.  So the gap between the two groups continues to grow.

The basic economic unit of any society should be the family, but our “modern society” has encouraged young adults to put off marriage and to sleep around with as many people as possible.

Today, an all-time low 44.2% of Americans between the ages of 25 and 34 are married.  In our movies and our television shows, young men are portrayed as “slackers” that want to have sex with as many women as possible and that are generally repulsed by the idea of tying the knot.

So instead of starting strong, independent families at a young age, our young adults are obsessed with the “hook up culture” and the results are catastrophic.

Today, the United States has the highest teen pregnancy rate on the entire planet by a wide margin.

That is a national disgrace.

And it is incredibly difficult for any single mother to make it alone in this economy.  During 2010, 42 percent of all single mothers in the United States were on food stamps.

As a nation, we need to admit that the next generation of Americans is seriously messed up.

Instead of being ready to change the world, many of our young adults still need us to figuratively change their diapers.

So what is the solution to this crisis?