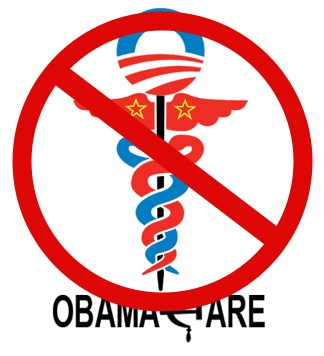 Did you know that Obamacare contains huge incentives that will actually motivate people to try to reduce their incomes?  It’s true.  Under Obamacare, making less money can pay off big time.  As you will see below, reducing your income by just $1,000 could get you an Obamacare subsidy worth over $14,000.  Who wouldn’t want to make that trade?  And guess what?  Obamacare also makes divorce highly profitable for millions of American couples.  In fact, there are some U.S. couples that are already considering divorce due to the provisions contained in the new health care law.  Of course those couples still plan to live together – they just want to get divorced so that they can save thousands of dollars on their health care expenses.  Yes, I know that sounds absolutely crazy.  But this is actually happening.  The truth is that Obamacare is turning out to be a much larger disaster than anyone anticipated, and it seems like new “surprises” just keep popping up with each passing day.

The figures that you are about to see were calculated using the Kaiser Family Foundation subsidy calculator.  These numbers apply to a husband and a wife that are both 62 years old.

At $63,000, that couple would be making too much money to be eligible for a subsidy, so that couple will have to pay the total cost of whatever plan they choose by themselves.

But if that couple only made $62,000 a year, things would dramatically change.

The plans would still cost the same, but the couple would now be eligible for an Obamacare subsidy of $14,428.

So a silver plan would end up costing them only $5,890, and they would ultimately pay nothing for a bronze plan.

And as I mentioned above, Obamacare also contains a huge incentive to get divorced.  In fact, according to a recent Breitbart article some couples are already considering doing this…

Nona Willis-Aronoqitz, 29, and Aaron Cassara, 32, are full-time freelancers and earn more than $62,000 a year, which means they do not qualify for the subsidies under Obamacare. The couple realized, however, they would be able to afford the plans if they divorce.

Not only that, two single people living together can actually make far more than $62,000 a year and still be eligible for large Obamacare subsidies.  This was explained in a recent article posted on the website of The Atlantic…

Any married couple that earns more than 400 percent of the federal poverty level—that is $62,040—for a family of two earns too much for subsidies under Obamacare. “If you’re over 400 percent of poverty, you’re never eligible for premium” support, explains Gary Claxton, director of the Health Care Marketplace Project at the Kaiser Family Foundation.

But if that same couple lived together unmarried, they could earn up to $45,960 each—$91,920 total—and still be eligible for subsidies through the exchanges in New York state, where insurance is comparatively expensive and the state exchange was set up in such a way as to not provide lower rates for younger people.

So Obamacare is going to motivate millions of Americans to make less money and get divorced.

What a wonderful law.

Meanwhile, millions of Americans are having their existing health care policies taken away from them even though Obama repeatedly promised us that this would never happen…

According to one analysis, 52 million Americans could lose their current health plans by the time this is all over…

Another analysis conducted by Forbes projects that 93 million Americans will ultimately lose their health insurance policies.

In any event, hopefully everyone can agree that this is a complete and total nightmare.

And as Americans are losing their current health insurance policies, they are being told that their new policies will be much more expensive.

For example, it is being estimated that health insurance premiums for healthy 30-year-old men will rise by an average of 260 percent.

But some families are being hit much harder than that.

In a previous article, I discussed a letter that one Texas couple received in which they were informed that they were being hit with a 539 percent rate increase…

Obamacare is named the “Affordable Care Act,” after all, and the President promised the rates would be “as low as a phone bill.” But I just received a confirmed letter from a friend in Texas showing a 539% rate increase on an existing policy that’s been in good standing for years.

As the letter reveals (see below), the cost for this couple’s policy under Humana is increasing from $212.10 per month to $1,356.60 per month. This is for a couple in good health whose combined income is less than $70K — a middle-class family, in other words.

Could you afford that kind of an increase?

Obama supporters on the West Coast are experiencing similar surprises. In San Francisco, husband and wife Lee Hammack and JoEllen Brothers, who describe themselves as “cradle Democrats,” were alarmed when they received their insurance cancelation notice informing them that their previous $550 monthly premium would now be almost $1,300, their deductible would be higher, they would pay higher hospital costs, and their out-of-pocket maximum would increase.

And of course the technical problems that are plaguing the Obamacare health insurance exchanges continue.

For instance, Oregon’s health care exchange has not enrolled a single person yet.

In North Carolina, we find a similar situation…

In fact, only one person was able to successfully use Healthcare.gov to enroll in the new exchange.

But even that single person has not paid, which means the enrollment is not complete.

In Washington D.C., things are much better.  Five people in D.C. have been able to successfully enroll in Obamacare at this point.

Down in Florida, one man spent an entire month unsuccessfully trying to navigate Healthcare.gov…

Since Oct. 2, Miami resident Nick Athanassiadis has spent several hours a day—nearly every day—on the Internet repeatedly trying to create an account on the federal Obamacare marketplace to see if insurance plans being sold there might be less expensive than his current coverage.

But despite having a long background in digital and software companies, Athanassiadis was repeatedly thwarted by a head-spinning series of glitches, system outages, blank screens, error messages, broken or nonexistent Web links and other hurdles on the HealthCare.gov site that kept his goal out of reach for weeks.

And even when he finally—finally—reached that goal, he didn’t like what he saw.

This has got to be the most disastrous launch of a major national law in U.S. history.

So what do you think about Obamacare so far?  Please feel free to share your opinion by posting a comment below…